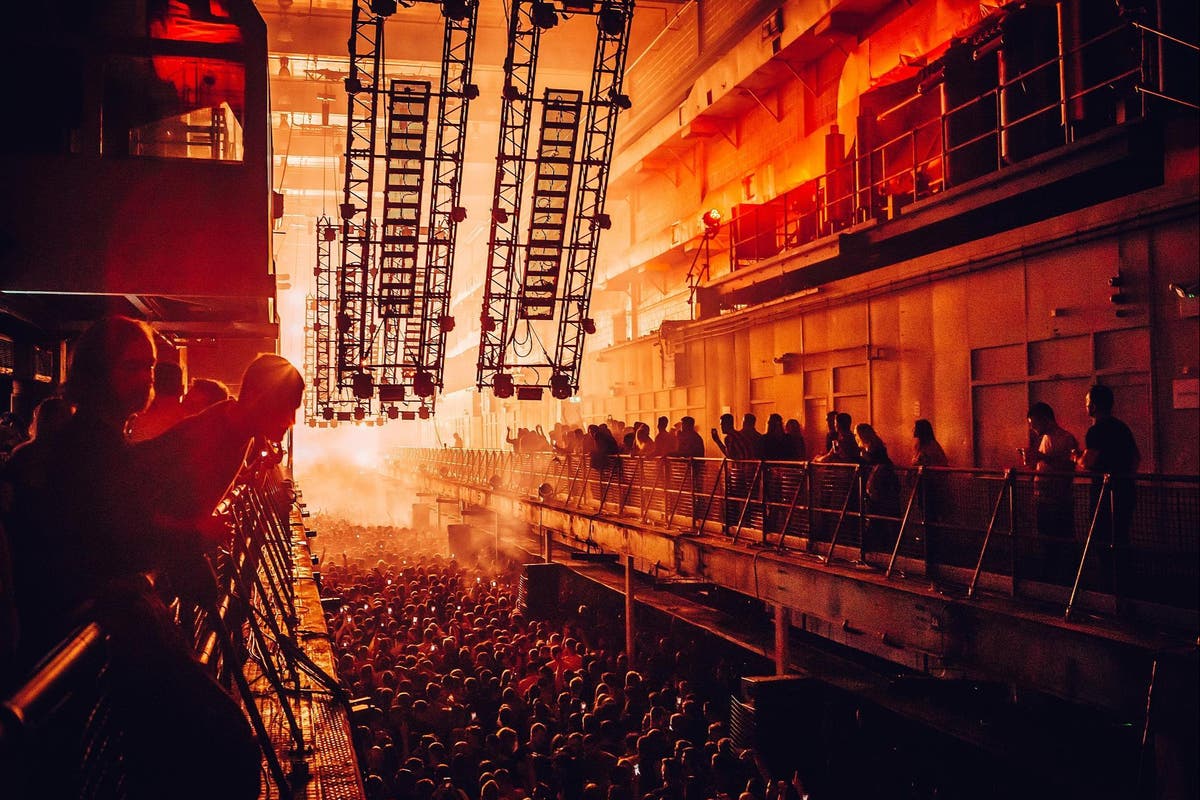 The capital’s dancefloors have been empty for a year. But now the end is in sight, and excitement is rising

If everything goes to plan, then at precisely one minute past midnight on Monday June 21, on a dancefloor in north London, the capital’s clubbing scene will burst back into life.

That’s the hope of King’s Cross venue Egg London, which is preparing to welcome revellers back inside as soon as humanly possible once government restrictions on social contact are lifted. “We were the first London club to announce our closure at the start of this pandemic, exactly one year ago today,” read the club’s Facebook post on Monday, “and we plan to keep this tradition by being the first to reopen too.”

“I’m going to be happy to see the people come through the doors again with their smiling faces,” says Hans Hess, who’s worked at the club since it launched in 2003. “It’s going to be one hell of a party.”

Although, as Hess is quick to point out, the plan does come with caveats. Tickets won’t go on sale until after England has reached step two of the Government’s roadmap, no earlier than April 12. “We don’t want to rush and book all the big DJs,” Hess says. “I think the cautious approach is the way to take it. We’ve got the date there, and we’ll see how it goes.”

It sums up the mood within London clubland at the moment: dreaming tentatively of what could turn out to be the next “summer of love”, as some have already dubbed it, but acutely aware of the challenges and uncertainty ahead. As if to prove a point, in the time between speaking to various club owners for this article and the piece going to print, the NHS issued a warning to expect a “significant reduction” in the weekly supply of vaccinations expected in April, which was swiftly followed by a government reassurance that this won’t affect the roadmap.

Regardless of what happens with the jab rollout, many clubs are still contending with the financial chasm caused by being forced to stay shut during the pandemic. Egg was one of the most high-profile London clubs to miss out on the Government’s Culture Recovery Fund (CRF) last year, and is still waiting on the result of its application to the later round. News is due at the end of March, and though the club has received welcome help from a crowdfunder and some council grants, “we’re pretty much hedging our bets that we hopefully get the [CRF] money”, Hess says.

It’s a similar story up in Tottenham Hale at The Cause nightclub, which is also waiting to hear back from the Arts Council about its CRF application. “In all honesty, [we] really need something to help us get the right structure back in place,” says co-founder Stuart Glen. The club is planning a two-day party on the weekend of June 25, and though Glen admits there was initial hesitancy about whether to reopen so quickly, “we’ve always been fight or fly”, he says. “It’s a catch-22. Aside from our crowdfunder, we are self-funded. As we don’t have an answer on our CRF grant, we don’t really have a choice other than going hell for leather.” 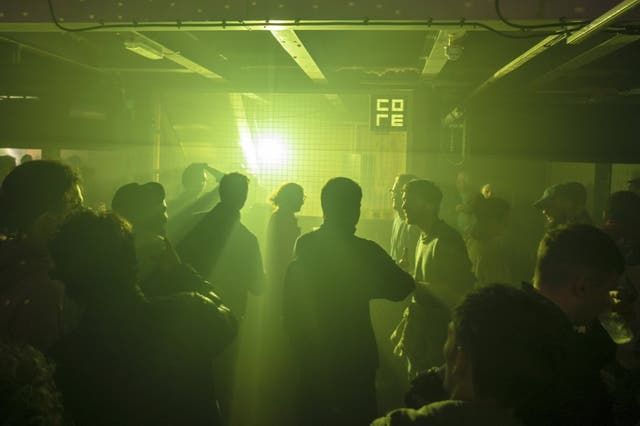 Some financial worries linger even for the clubs that were successful in their CRF bids — grant or no grant, they’re still not getting any revenue — but with the boost to the coffers the aid provided, attention has turned to how on earth you actually stage a grand reopening after 12 months of closure.

For Cameron Leslie, director and co-founder of Farringdon club Fabric — which received £1.5m from the CRF and hopes to relaunch with a 42-hour weekender on June 25 — the biggest challenge for the next three months will be pulling together the small army of staff that are needed to run a 1,600-capacity club. According to a wide-ranging nightlife survey published in February, UK nightclubs have, on average, made 51 per cent of their staff redundant during the pandemic, with 85 per cent of employees considering leaving the industry.

Fabric has retained some “key individuals”, Leslie says, “but you have no idea if the bar staff is still going to be around, or the security team… you just don’t know who’s where.” 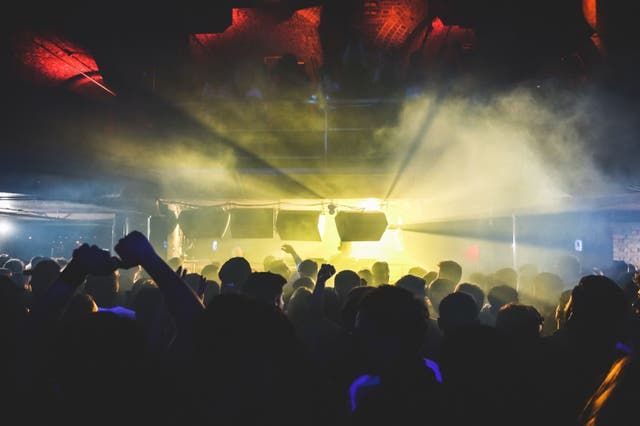 Line-ups could also be tricky. London draws in DJs from around the world, but nobody knows what travel restrictions will be in place by June. That being said, it doesn’t seem like a huge problem for now. When Fabric released tickets for its headliner-less relaunch, they sold out “in literally half an hour,” Leslie says. “It was a really amazing response.”

And some clubs, nothing if not resourceful, have found a way to turn the unpredictability into a positive. Canada Water megaclub Printworks, which received a CRF grant on appeal after initially being snubbed, will reopen in mid-September with its Redacted series: a weekend of events with no pre-announced line-up, and no phone cameras or social media posts allowed.

The idea was to shut out “the distractions of 2021 and 2020”, says Bradley Thompson, managing director and co-founder of Broadwick Live, which owns Printworks. “It was really important to take away those elements of it, and just get back to dancing on the dancefloor, enjoying some good music and connecting with people.”

That sense of physical community has been sorely lacking during Covid, and not least within the LGTBQ+ sphere. Teddy Edwardes, who runs LICK Events — a hugely popular club night that’s something of a rarity in London, catering as it does for gay, bi, queer and trans women, and non-binary people — thinks her shows will be needed “maybe more than ever” when they hopefully return on June 25.

People have been “struggling” with their mental health and “need some sort of socialisation”, Edwardes adds, “especially when it’s queer women and it’s the only space we have”. 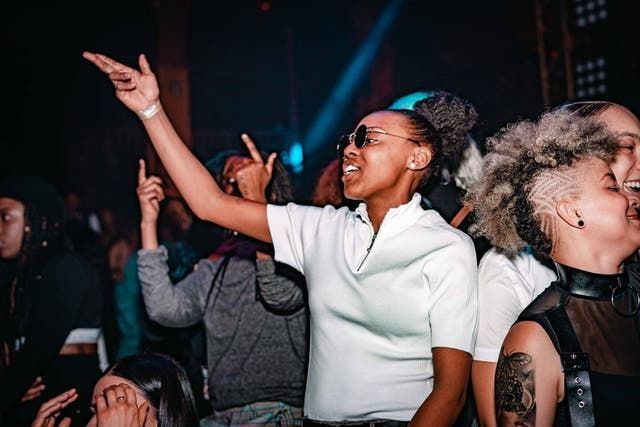 Another huge question remains. What, if any, Covid-secure measures will need to be enforced? Masks? Vaccine passports? Rapid testing? No official word has been given, although talks are ongoing within the Government. All clubs are poised to adapt as necessary, but as Leslie says: “We literally don’t know at the moment.”

In that sense, it’s a waiting game, but clubs will stay busy preparing as much as they can. And the excitement is palpable. Thompson reckons the scene will come back “super, super strong” over the next 18 months to two years, while Leslie predicts that “those first few weeks are going to be really joyous”.

“I think the energy levels will be absolutely unbelievable,” Leslie adds. “Hopefully it will kickstart a new era in people going out and enjoying socialising. I think it could be a new dawn of something great.”

For Glen, regaining that “freedom to dance” is the most tantalising thing. “I can’t believe it’s been illegal for over a year!”