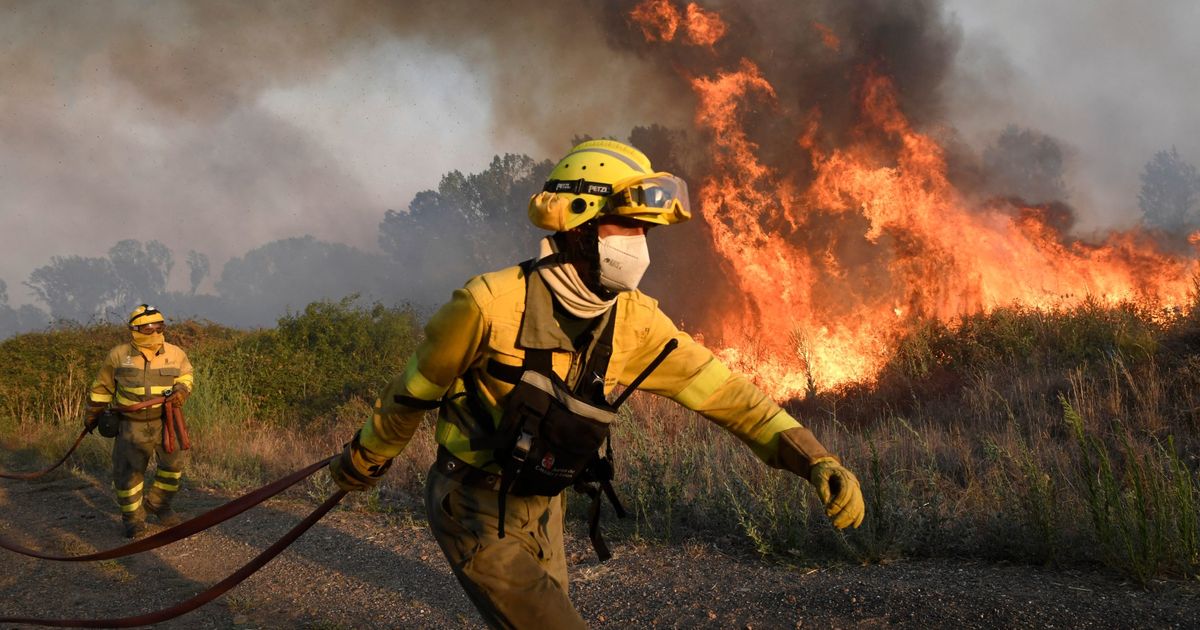 July was a month of heat across much of Europe and our readers felt it.

From Spain to Albania, people were wiping the sweat from their eyes to read POLITICO’s coverage of a heat wave that gripped much of the Continent. Scientists were unequivocal: The heat was made worse by climate change and there is more to come.

Every month we ask readers across the bloc to tell us how they are experiencing Europe’s changing climate.

A train ride through Spain’s wildfires

The heat in Madrid meant Francisco Seoane Pérez hadn’t been able to sleep.

He calls the city where he teaches journalism the “Iberian Dubai.” It is “unlivable” in summer, he told POLITICO. So, during Spain’s unrelentingly hot July — which broke Madrid’s heat record — Pérez took the train home to Galicia in the northwest.

The train rolled along in the early morning, and an exhausted Pérez drifted in and out of sleep. “Then I overhear this chatter on the coach. And then I opened my eyes widely,” he said. Pérez saw flames in the darkness, closer and closer to the tracks. Then the train stopped.

“This was the first time that I experienced how wildfires can spread,” said Pérez, who grabbed a few seconds of footage on his phone, then watched in horror as flames raced toward them. “That’s when I realized, ‘Oh, my goodness, so these reports that I’ve heard that some firefighters are suddenly, in a matter of seconds, circled by fire. This is true.’”

As the train passed out of danger, a passenger near Pérez said: “This is a death scenario that I hadn’t foreseen.”

The fires were driven by heat worsened by climate change. But asked whether the fate of the planet was on his mind as the flames moved closer to the train before it moved to safety, Pérez said: “The only thing you think of is about saving your own life, I guess. So there’s no time for an elaborated sense of thinking of climate change when you are facing this.”

That “was a later thought,” compounded when he uploaded the footage from his short but terrifying experience to Twitter, where it has 2.5 million views.

The video touched a nerve and the journalism professor has a theory about why. “As compared to some other footage, where you can see an unknown village being burned to the ashes, in this case, you have a banal and everyday situation that almost any urbanite in Europe can relate to,” he said. “We were on a train, and then suddenly, the wildfires came along.”

That immediacy affected how he and people who watched his footage perceive climate change, Pérez said. “It’s a symbol of, ‘Oh, my goodness, this is it. It’s real. It’s here.’”

An Italian reader, Francesco Pistocchini, says hot temperatures are occurring earlier. “June was like July in terms of heat” in Milan, where he lives, he said.

“It doesn’t take great observation skills to see that, after months without rain and snow in northern Italy, rivers and mountains looked the same in June as they normally do at the end of August,” he added.

Erjon Bacaj, from Albania’s capital Tirana, has observed similar changes. Over the last 20 years, he said, “winters have become milder and shorter while summers are getting hotter and longer.”

He added: “Summer in these two decades has broken records … recording high temperatures of up to 39 degrees even in mountainous areas such as Peshkopia, Kukësi and Hasi,” located in Albania’s northeast.

Luis de Pinedo Arroyo from Spain said climate patterns were shifting in his country, too.

“Extremely heavy rains and floodings are becoming more frequent in different areas of Spain,” he said. “Droughts are taking place more frequently in unusual moments” — like in fall or spring — “and heatwaves are becoming longer and harder.”

Like Pérez, he said the heat was affecting his sleep: “Regarding heatwaves, this year is becoming one of the hardest and is making me suffer from insomnia.”

Rachel Allen, who lives in Rome, said the heat left her stuck inside with the shutters closed. “I can’t go outside … my dog can’t go out but sits crying at the window when I open the shades for all of 20 minutes,” she wrote, adding it was affecting her mental health. 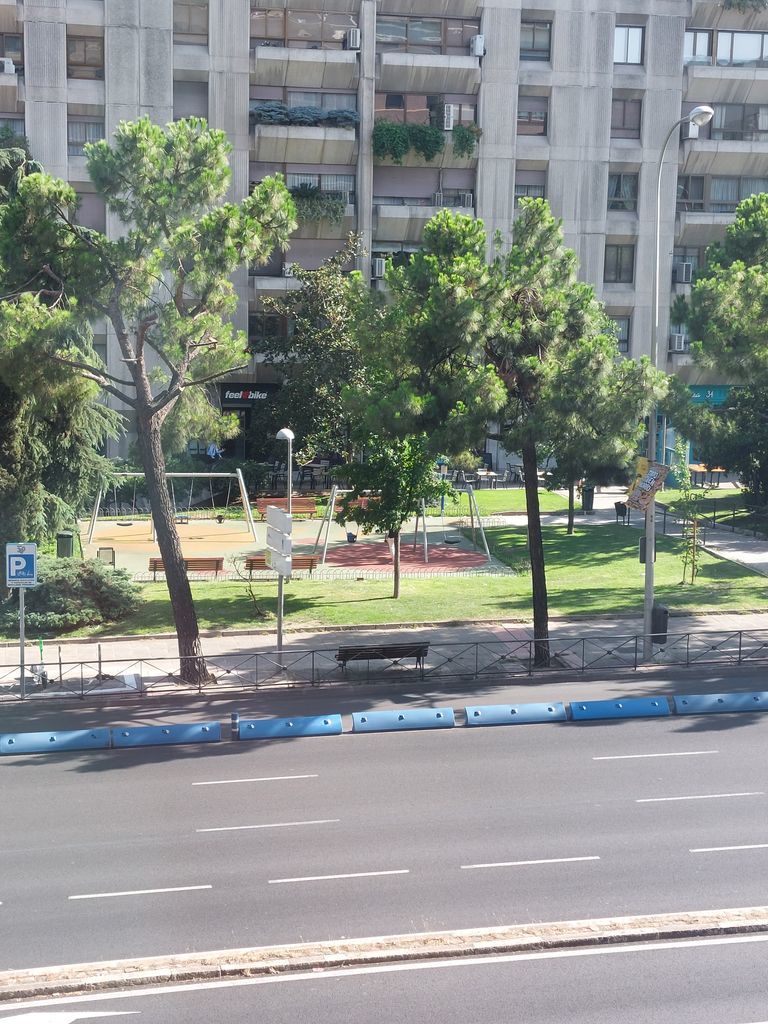 Playground in the scorching sun in Madrid

Analia Garcia from Madrid sent a picture of a nearby playground under the scorching sun: “There are no kids playing.”

Further north, too, people also kept off the street to escape the heat wave.

“Many people are shutting themselves in, and the cities and town are noticeably more empty, with many seeking refuge in cool houses,” said Maximilian de Pauw Gerlings from Luxembourg. “Those with warm homes, however, do the best they can to find relief in shopping malls, cafés and other similar establishments.”

The Grand Duchy’s public transport system — free of charge for all — had also come under strain, he said. “Trains and buses are all arriving a bit later than they generally do and bus stops are filled with people pushed to the very brink of consciousness by the heat.”

There’s growing concern for how the country will cope in the future, de Pauw Gerlings added. “The most worrying part of this scene to most residents is the fact that Luxembourg is far from the hardest hit by this crisis, with temperatures hitting ‘only’ 37C at their peak, and yet is still under significant duress, leaving many wondering how we will manage once temperatures inevitably progress into the 40s,” he said.