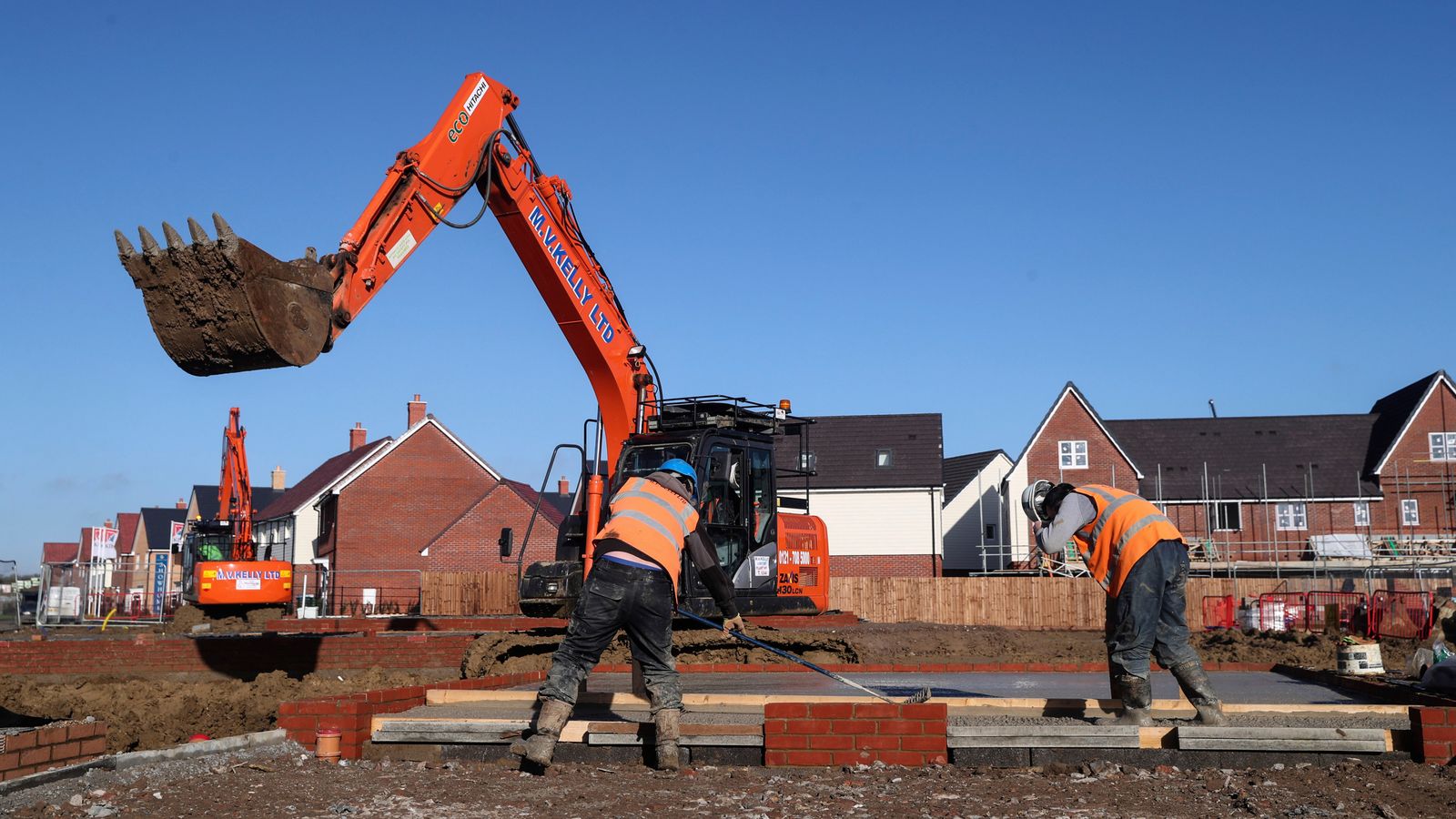 Rival housebuilder Barratt, Lloyds, Rolls-Royce, and HSBC are also among the big companies to have given workers bonuses to help them handle rising living costs.

Housebuilder Taylor Wimpey will give most of its employees £1,000 on top of their salaries to help them cope with rising fuel costs this winter.

The payments will be given to workers on salaries of up to £70,000, meaning that about 90% of the workforce is eligible.

Money will be paid in monthly instalments from September to February.

It comes as UK households grapple with 9.4% inflation, rising food and energy costs, high fuel costs, and an increase in national insurance and council tax.

Taylor Wimpey said: "We have been closely monitoring the impact of rising inflation and the predicted increase in fuel bills this winter on the cost of living for our employees."

The group said it has been reviewing wages to "ensure competitive levels of pay, alongside our excellent benefits package".

It comes after rival Barratt announced a £1,000 cost-of-living bonus for 6,000 staff below senior management level, following a 5% pay rise from July to 1 April.

Lloyds, Rolls-Royce, and HSBC are also among the big companies to have given workers bonuses to help them cope with the rising cost of living.

Also on Wednesday, Taylor Wimpey announced a 16.3% rise in pre-tax profits to £334.5m for the six months to the end of June.

Like many businesses, the firm's costs have increased due to the higher cost of materials, but it said this was fully offset by house price growth.

It expects property prices to increase 4% to 5% year-on-year.

Nationwide Building Society data on Tuesday showed that annual UK house price growth was up slightly in July to 11%, compared with 10.7% in June, although it is expected to slow in the months ahead.