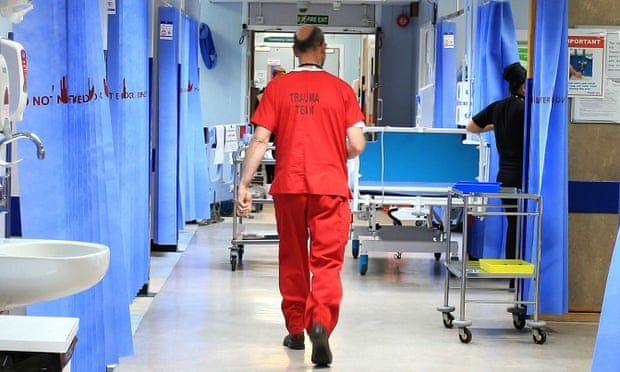 Hotels being used as care facilities to relieve pressure on NHS

Patients discharged from hospital are being looked after by live-in carers in three hotels in south of England
Hotels are being turned into temporary care facilities staffed with workers flown in from Spain and Greece to relieve rising pressure on NHS hospital beds.

Three hotels in the south of England are being used, including one in Plymouth into which 30 hospital patients have been discharged to be looked after by live-in carers. It is understood that the staff are staying on upper floors while patients are below.

At least three other health authorities are considering the move, which is partly driven by the severe shortage of domiciliary care workers able to look after people in their own homes, according to Anne-Marie Perry, chief executive of Abicare, a home care company contracted to set up the facilities. She said they were for people who are ready to be discharged to their homes but couldn’t be because care packages were not available.

“The hospitals are on their knees and we are being contacted fairly regularly by clinical commission groups,” said Perry. “The problem Plymouth have is there is not enough domiciliary care provision, so that’s one of the reasons why they can’t discharge patients.”

A similar tactic was used at the start of the pandemic in spring 2020, when hotels were used to help discharge tens of thousands of hospital patients in anticipation of hospitals being filled to breaking point with Covid cases. It happened again in some places in January this year.

Now, with similar warnings that the NHS faces being overwhelmed by the Omicron variant, Abicare said it has converted whole floors of hotels, and has recruited British nationals living in Greece and Spain, as well as some from the north of England, to staff them in a shift pattern of three weeks on and three weeks off.

On Monday, NHS Providers said bed occupancy in hospitals was at 94%–96%, and its chief executive, Chris Hopson, said on Sunday that the shortage of social care staff was a big driver of delayed discharges, with more than 10,000 beds last week occupied by medically fit patients.

Perry said the cost of care – around £300 a night – was well under half that of an NHS bed, but the move is likely to raise questions about levels of care, as hotels are not equipped with sluice rooms and other facilities normally available in care homes.

Jane Townson, the chief executive of the Homecare Association, described the move as “unacceptable” and said it “feels like [people] being warehoused”. She called for greater funding to boost the workforce that helps people in their own home.

Nadra Ahmed, executive chairman of the National Care Association, said she was shocked by the arrangement because hotels were not configured to deliver care and questioned the safety and wellbeing of residents if they need urgent medical assistance.

“Is home care so broken that we can’t support people in their own homes where they need to be?” she said. “This is another sticking plaster and the person being moved into the hotel is the person being let down.”

Abicare said it had been unable to find live-in care workers based in the UK so it was using expats. But has warned that with more health authorities approaching it to set up hotel facilities in the new year, it may not be able to find staff to meet much greater demand.

In January, NHS England issued guidance about using hotels for discharges which said it “should only be used as a short-term measure (days, rather than weeks) for the specific purpose of reducing length of stay for people in hospital and ensuring they are discharged when they no longer meet the ‘criteria to reside’ in a hospital.”

Abicare said it has previously worked with Holiday Inn and Best Western hotel groups. A spokesperson for NHS Devon clinical commissioning group said: “Thirty-two beds are currently available to support people who would be delayed in hospital waiting for support at home. Feedback from patients has been excellent and since March 2020 this has saved several thousand hospital bed days. This has freed beds for people who needed inpatient care in a hospital setting.”