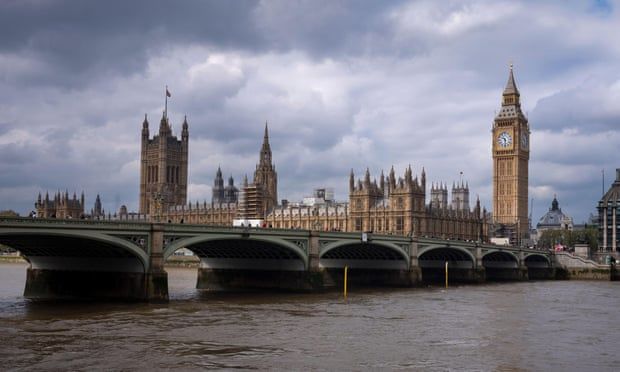 Calling for reforms to avert what it described as the “next great parliamentary scandal”, the committee also voiced concerns that a dramatic rise in the number of the informal cross-party groups also risks “inappropriate influence and access” because they are so difficult to monitor.

The cautions come after an unprecedented security warning from MI5, circulated to MPs and peers earlier this year, that accused a lawyer of seeking to improperly influence parliamentarians on behalf of China’s ruling Communist party.

Barry Gardiner had received more than £500,000 in donations from Christine Lee before the alert was issued.

Giving private evidence to the report, the Commons Speaker, Sir Lindsay Hoyle, said that indiscriminate engagement with state actors who may be hostile to UK interests did not take adequate account of the potential security risks to parliament.

“I worry that we are not joining up our security and the threats that we have,” said Hoyle, in his oral evidence for the report published on Saturday. “These people are not our friends.

“Some are our friends, but they have intentions and objectives, which worries me. If we are not careful, the security implication for the opening up of parliament is very, very worrying.”

The report – titled All-Party Parliamentary Groups: improving governance and regulation – comes after an investigation earlier this year, by the Guardian and Open Democracy, found that more than £13m has been poured into a growing network of MPs’ interest groups by private firms including healthcare bodies, arms companies and tech companies, fuelling concerns over the potential for backdoor influence.

The report states that “improper access” by paid lobbyists seeking to wield influence through APPGs was a risk that had been identified as far back as 2013, but that increased transparency introduced since has not mitigated the risk in the way it had been hoped.

The threat from hostile overseas states seeking to wield influence discreetly through APPGs was one that had only developed in recent years, added the MPs behind the report. They said they had been persuaded by Hoyle’s evidence that this was “a very real risk, which needs addressing with some urgency”.

APPGs are informal groups representing MPs’ and peers’ interests, from China and Russia to cancer, digital regulation, longevity and jazz. They must be chaired by MPs, but are often run or funded by lobbyists and corporate donors seeking to influence government policy.

The standards committee concluded in their report: “We are concerned that if left unchecked, APPGs could represent the next great parliamentary scandal, with commercial entities effectively buying access to and influence of parliamentarians and decision-makers.”

The MPs behind the report said Commons authorities should “provide more significant support” to help parliamentarians scrutinise the benefits being offered by foreign governments.

Funding should be made more transparent, while the number of APPGs must be reduced from the current number of 744, the standards committee recommended.

Regulatory enforcement was also advised, as was limits on secretariats of the groups to “reduce the risk of improper access”.

Standards committee chair, Chris Bryant, said APPGs “must never be a backdoor means of peddling influence around the corridors of power or pursuing a commercial interest”.

“[This] report represents a wake-up call for us all,” the Labour MP said. “The evidence we have gathered is chilling and points towards an urgent need for the house to take action.”