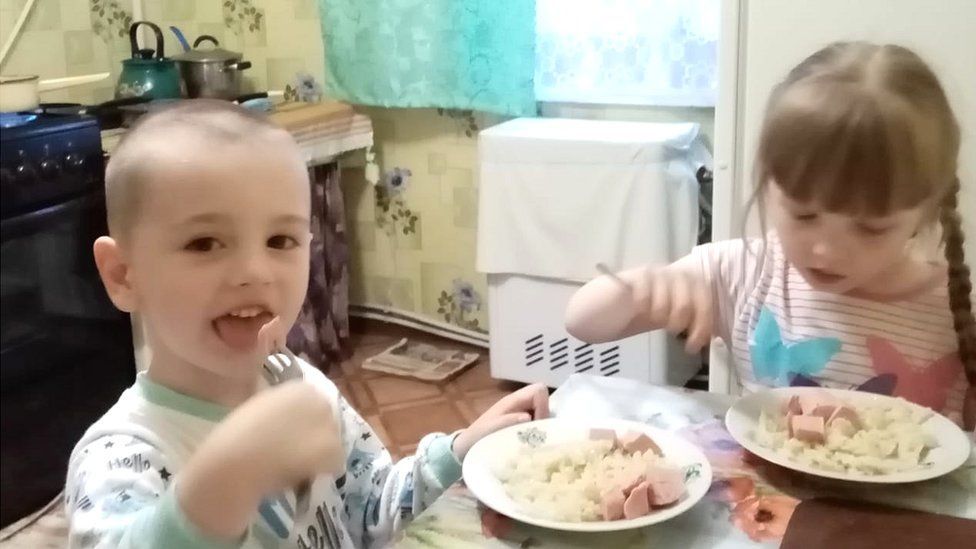 Homes for Ukraine: 'It's sad, slow and frustrating'

Families desperate to give a home to Ukrainians in need have spoken of their frustration and sadness at a process they say is too slow and bureaucratic.

One described "hours and hours and hours" of form filling, while a British businessman who is in Poland to bring a family back to England says it's taking a long time and must be quicker.

There has been an enormous groundswell of support for hosting Ukrainian refugees in homes across the UK.

But in England, families who have applied to be sponsors are complaining that the system is overly complicated and lengthy.

There is frustration that the scheme isn't dynamic enough for the immediate emergency.

In Marlow, Buckinghamshire, Rebecca Lewis is hoping to emulate her grandfather who helped families fleeing Germany in World War Two.

The daffodils bursting into life on Marlow's river banks are a far cry from the thunder of shells and the lives that are ending in Ukraine.

Rebecca has rallied the community and helped to organise 30 homes for Ukrainian refugees. They have backing from local businesses and restaurants.

But, ask how many have come and it's a depressing answer. "Zero," she says.

"The Homes for Ukraine scheme is absolutely brilliant because people get to stay for three years, they get to work, they get healthcare, they get skills.

"The problem we're having is bringing all the help from Marlow together with all the refugees coming from Ukraine.

"I appreciate the process has been set up really fast. But there are some issues with the process that are blocking people being able to help these refugees fast enough."

Rebecca describes having to search on Facebook through posts of Ukrainian families pleading for help and homes.

Currently, no organisations or faith groups are allowed to sponsor refugees so it is up to individuals to act, find a family and navigate the process. A few charities are helping.

Those posts are heartbreaking as families try to appeal to those who want to help.

"Tidy with no bad habits," says one. Another says, "I have to leave the country because I have no other way to save my life", and "I can work and want to find a job after coming to you".

Some families who have submitted visa information have found the process complicated and there is no indication of how long it will take for the UK government to issue the visas.

One Ukrainian woman, who fled the country two weeks ago and submitted her application four days ago, has been told it could take up to a week - more if a visit to the visa centre is required.

Rebecca said the applications she made for 37-year-old Mariia and her children Sofia and Vladislav, currently sharing a room in Athens with seven others with no heating and running out of money, took hours and hours.

She says they then tried to help other families. "My husband wrote a document to explain the process. The document is nine pages and it's more than 2,000 words.

"And we recorded a tutorial on Zoom about how to use the process. Even just the tutorial is 40 minutes long."

She says she feels "sad and frustrated" that it's taking this long to bring people over who are obviously in need of safe refuge. 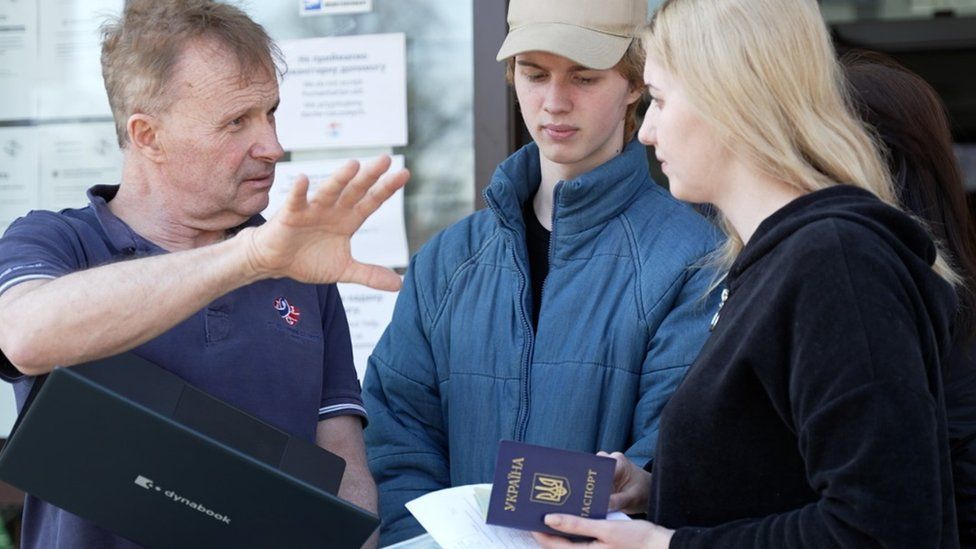 Businessman Steve McLean says it's not been easy to give help

Steve McLean from Hampshire went to Wroclaw in Poland to donate clothes to refugees but found it was homes they really needed.

So he has applied to bring a traumatised family, currently living at a refugee centre, back to the UK.

His community can also provide another 25 homes but it's not proving easy, he says.

"I'm really frustrated. We have applied for one family to come to the UK. But the visa application process has been taking a long time. So I hope they will come to the UK. We're talking to other families at the centre here, I'm putting them in touch with potential hosts."

He said a group in the UK were lobbying their MP to speed up the process. "It needs to be faster and needs to do a lot more," he says.

Steve says that when he tells people at the refugee centre he's from England, "mostly they laugh because they know England is not very good at taking refugees compared to Europe, but I hope we can change that".

He fears the family he has sponsored to come to England will now go to Germany because of the time it takes to get a visa.

There are two schemes for Ukrainians to come to the UK.

The family scheme launched more than two weeks ago for relatives of some Ukrainians already in the UK. It has received 32,500 applications - just over a third of those people have received visas so far.

The Homes for Ukraine scheme launched on Friday but no information has been given about how many visas it has issued.

The visa side is run by the Home Office while the scheme is run by the Department for Levelling Up. Those involved with the scheme are happy it is working and claim some visas have been issued but admit it's not yet running at the capacity they want.

Scotland and Wales have taken a different approach and Scotland is acting as a super sponsor, with Wales set to follow.

In Scotland, this means any Ukrainian can apply without a named sponsor and they will initially be given temporary accommodation.

The UK government said: "We are moving as quickly as possible to ensure that those fleeing horrific persecution in Ukraine can find safety in the UK, and our Homes for Ukraine scheme now allows those without family connections to come here.

"The Home Office has acted to streamline the visa application process so valid passport holders no longer have to attend in-person appointments before arriving, allowing us to welcome people faster."

But into the fourth week of war, with millions forced from their homes, only 12,400 Ukrainian refugees have been given permission to come to the UK.