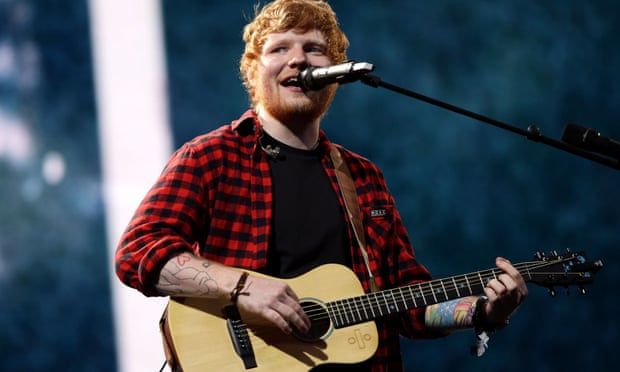 Group keen to return to putting on events, with Ed Sheeran booked to play free concert next month
The owner of music and entertainment chain HMV said it was planning to open 10 new stores this year but warned there would be many more vacant shops on UK high streets unless the government fixed business rates.

The music and film retailer, which is celebrating its 100th anniversary this month, said online sales had more than doubled over the past year, with sales tripling in some weeks, but Doug Putman, the toy entrepreneur who bought 100 HMV stores out of administration in 2019, said overall sales for the group were “heavily down” as stores had been forced to temporarily close during the Covid-related high street lockdowns.

He said HMV, which has 107 stores, was keen to return to putting on events, with Ed Sheeran booked in to mark the group’s new sponsorship of the redeveloped Empire venue in Coventry with a free concert for 700 people next month. Putman said HMV wanted to offer something different from its big rival Amazon and to “add value”.

“One thing I hope we will take from this is that everyone had been kind of sad [since the pandemic began]. Outside of the illness, when you look at people’s lives a big part of that is walking outside and going to the high street and doing some shopping. When you see bookstores and coffee shops and HMVs closed and everything online it is not as much fun as it used to be. Hopefully people have seen this world where everything is Amazon and it is not all that great.”

The retailer opened its first HMV shop on Oxford Street, London, a century ago. Its landmark store on the street closed as part of the administration process, but Putman said he would like to find a location for a new flagship store in London.

He said the government needed to urgently fix business rates, which are based on property rents but take years to adjust to reflect the actual levels paid. This has resulted in many retailers and other high street outlets continuing to pay high business rates despite rents in most places falling as competition from the internet has increased. Online retailers, meanwhile, pay lower business rates because they operate from fewer properties and are able to base their warehouses in cheap locations.

“If the government don’t fix the rates, high streets are going to see a lot more vacancies. Business rates just don’t make much sense,” Putman said. “You can pay zero rent and not make a profit on a store as rates are too high.”

Putman rescued HMV in the UK out of administration after doing the same for its Canadian division and merging it with his chain Sunrise Records. Sunrise had just five stores when he bought it from the elderly owner in 2014. Putman took over his family’s business, Everest Toys, which is North America’s largest toy and games distributor, at the age of 23 before getting into music retail.
#Covid
Add Comment