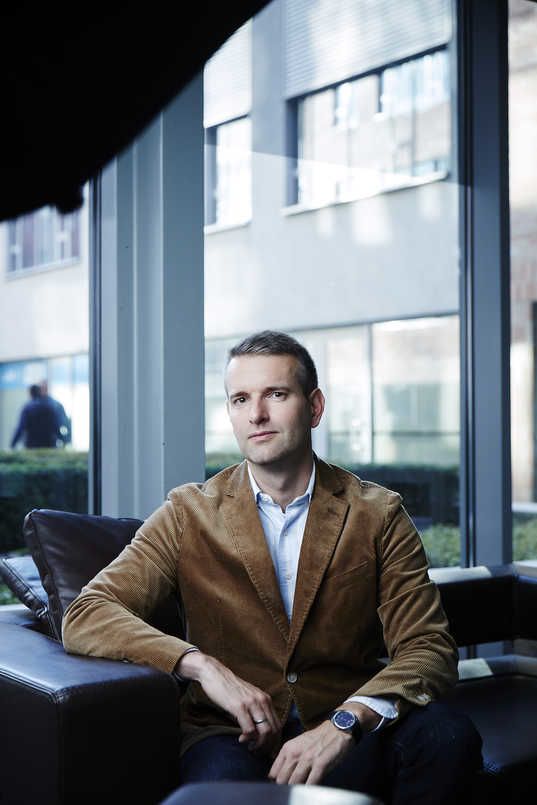 High Hopes and the Highest Representation for Hungary at COP26

Ahead of the COP26 UN climate change conference in Glasgow, the Budapest Business Journal interviewed Attila Steiner, State Secretary for the Development of Circular Economy, Energy, and Climate Policy at the Ministry for Innovation and Technology, about his expectations.

BBJ: Hungary is sending its biggest delegation to date to Glasgow. Why such a large party?

Attila Steiner: Yes, our COP26 delegation consists of 44 delegates, of which 17 represent civil society and the scientific sector. Compared to previous years, the number of participants from the civil and scientific sectors (the so-called Party Overflow delegates) has increased substantially. Hungary will be represented at the highest possible level at this year’s COP, as our Head of State, President János Áder, took part at the World Leaders Summit, delivering our national statement at the conference. Our negotiation team, as part of the EU group, will participate throughout the conference. COP26 is taking place at a globally crucial moment to enhance the green recovery and commit to ambitious climate action to achieve Paris Agreement goals.

BBJ: What does Hungary hope to see from COP26 for itself, the region, and the planet?

AS: According to the last report of the Intergovernmental Panel on Climate Change (IPCC), approved in August 2021, reaching climate neutrality is a precondition for capping global warming between 1.5 °C and 2°C, and for the major, sustained, and large-scale reduction in all greenhouse gases. We hope that this aspiration of the European Union and its Member States will inspire other countries, especially major emitter economies, to commit themselves to reach climate neutrality by mid-century (along with more ambitious climate action). Thus, we hope to come to an agreement on outstanding issues on the implementation of the Paris Agreement aiming to keep global warming below 1.5°C, including the rules of a new emissions trading system; plus on advancement regarding climate adaptation and funding the fight against climate change that could step up climate action throughout the world.

BBJ: Do you have any concerns that environmental regulation might harm Hungary’s competitiveness?

AS: Over the past decade, our economic growth has been decoupled from greenhouse gas emissions, which means we achieve GDP growth while we keep reducing our emissions. According to projections, this tendency is set to continue through investment in our economy’s just and green transition; we are approaching climate neutrality, to which goal Hungary is fully committed.

All in all, a gradual green transition is an absolute necessity. However, it can only occur if the industrial and economic changes required do not impose a disproportionate burden on society and do not impair the competitiveness of EU businesses or endanger thousands of jobs. It is crucial that the transition to sustainable technologies does not disproportionately hamper economic growth or lead to mass shutdowns. This would affect the entire society, and there is a risk that we may lose its support, which is otherwise a source of pressure to stimulate change. I believe that industries facing a significant risk of losing competitiveness need to be effectively protected. If we make people exasperated with climate policy, that could cause an end to all climate action. We should not risk our future by choosing the wrong measures to reach our targets. Hungarian people and companies believe it is essential to act against climate change; we have to make it possible for them to make headway.

BBJ: What are the most significant environmental challenges facing Hungary?

AS: Global climate change affects Hungary and the Carpathian Basin region with above-average warming levels. We already see unexpected, extreme weather events, more frequent and longer-lasting heatwaves, sometimes heavy precipitation, then drought, for example. Forests, which are supposed to absorb more and more carbon dioxide, are highly vulnerable to changes in climate zones. Complex issues also need to be addressed in water management, agriculture, public utilities, food security, and many other sectors. The Hungarian Government adopted a comprehensive report on the effects of climate change in the Carpathian Basin in January 2020, which provides a significant scientific base and foundation for all our major strategies and action plans in energy and climate policy.

BBJ: Which areas present the most significant opportunities for the country?

AS: We see great opportunities in green investments as we are committed to achieving our ambitious goal of becoming climate neutral by 2050. We especially welcome the priorities of the British COP Presidency, such as the ending of carbon dioxide phase-out and a just transition, as well as green mobility. We aim to phase out our last remaining coal-fired units of the Mátra Power Plant by 2030 at the latest. To ensure a sustainable and just transition for the region, we are implementing a strategic project through EU- and national co-financing and the partnership of 22 stakeholders. The Hungarian Green Bus Program is one of the most ambitious green mobility programs in Central Europe, which enhances green mobility solutions in cities and broader areas, such as the Mátra region.

BBJ: The government has made great efforts to boost the contribution of solar power to the energy mix. There seems no such enthusiasm for wind. Why is this so?

AS: Our country is particularly well-suited to generate large quantities of electricity from solar panels, so with the Climate and Environmental Protection Action Plan announced last year, our goal is to increase the output capacity of solar power plants six-fold in 10 years. In mid-October, the government launched a large-scale HUF 201 billion grant application program for enterprises, and one for households will start in December. The tender is the largest EU Recovery Instrument program in Hungary, pre-financed by the government from the newly-established National Recovery Fund.

The call for tender will help sustain the results of the energy consumption cuts by enabling families, who otherwise would not be able to invest in solar panels, to become more self-sufficient in electricity generation. Almost 35,000 households earning less than the national average income will benefit from this incentive, 11,600 of which will be eligible to receive funding for heating system upgrades.

Wind energy already comprises a part of our renewable energy mix, but due to our natural conditions, weather-dependent renewable energies can be exploited to varying degrees across the country. A comparison of solar and wind energy shows that we are better off with the former than with the latter.

BBJ: Are there any uniquely Hungarian approaches to environmental issues?

AS: Hungary used to be unique in opposing the idea that the most vulnerable groups should pay the cost of ambitious climate policies; however, now our example seems to be followed by more and more countries, both in Eastern and Western Europe, and they opt for regulating gas and electricity prices.

The fact that our country is making earnest efforts to protect the climate is even recognized by KPMG’s recent study, the Net Zero Readiness Index (NZRI), which assesses the performance of countries according to their decarbonization strategies. In this list, Hungary ranks 13th, ahead of countries such as the United States, Singapore, and Australia. Even better, we are one of the top five countries with the highest scores in the area of legislative action. Of course, the occasion for this survey was the COP26 climate summit in Glasgow, where I believe we have nothing to be ashamed of; quite the contrary.