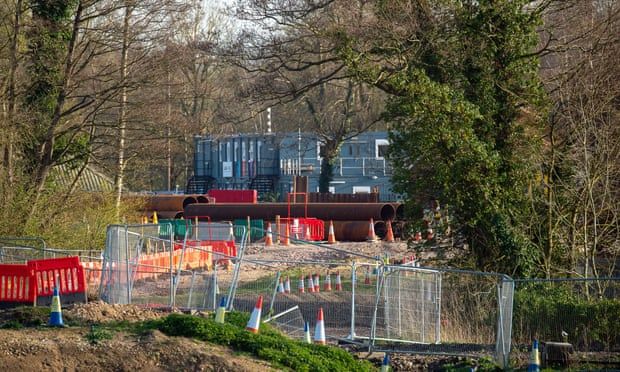 Judges direct conviction of Elliott Cuciurean in what is being seen as blow to right to protest
The high court has directed that a protester against the HS2 rail line who was originally acquitted of aggravated trespass should be convicted after an appeal by the director of public prosecutions.

In a decision that will come as a blow to protesters more widely, two judges, including the lord chief justice, Lord Burnett, ordered that the case of Elliott Cuciurean be remitted to the magistrates court with a direction to convict.

In the magistrates court, Cuciurean’s counsel had successfully argued that finding him guilty of aggravated trespass would be a disproportionate interference of his rights of freedom of expression and freedom of assembly under articles 10 and 11 respectively of the European convention on human rights.

They had relied on the judgment of the supreme court when quashing the convictions of Nora Ziegler and three others who had formed a blockade outside a London arms fair. In that case, in June last year, the UK’s highest court said there must be a test of “proportionality” weighing up the defendants’ rights to freedom of expression and freedom of assembly against the disruption caused.

The ruling was a boon for protesters and was subsequently cited in other cases, including by six climate crisis activists for a protest that halted the Docklands Light Railway and the acquittal of four people over the toppling the statue of the slave trader Edward Colston in Bristol.

But Wednesday’s ruling by the high court placed limits on its applicability. The written judgment said: “Ziegler does not lay down any principle that for all offences arising out of ‘non-violent’ protest the prosecution has to prove that a conviction would be proportionate to the defendant’s rights under articles 10 and 11 of the European convention on human rights.”

It also distinguished between offences, such as those in the Ziegler case, subject to a defence of lawful or reasonable excuse, and those which are not. Another distinction it made in the current case was that the protest was on private property, stating: “Articles 10 and 11 do not bestow any ‘freedom of forum’ to justify trespass on private land or publicly owned land which is not accessible by the public.”

Tom Wainwright, a criminal barrister at Garden Court law, specialising in protests, who was not involved in the current case, said: “It may be that this case will get appealed to the supreme court and they can then clarify what they actually meant [in Ziegler] but it kind of puts us back in the position before the Ziegler case.”
Add Comment