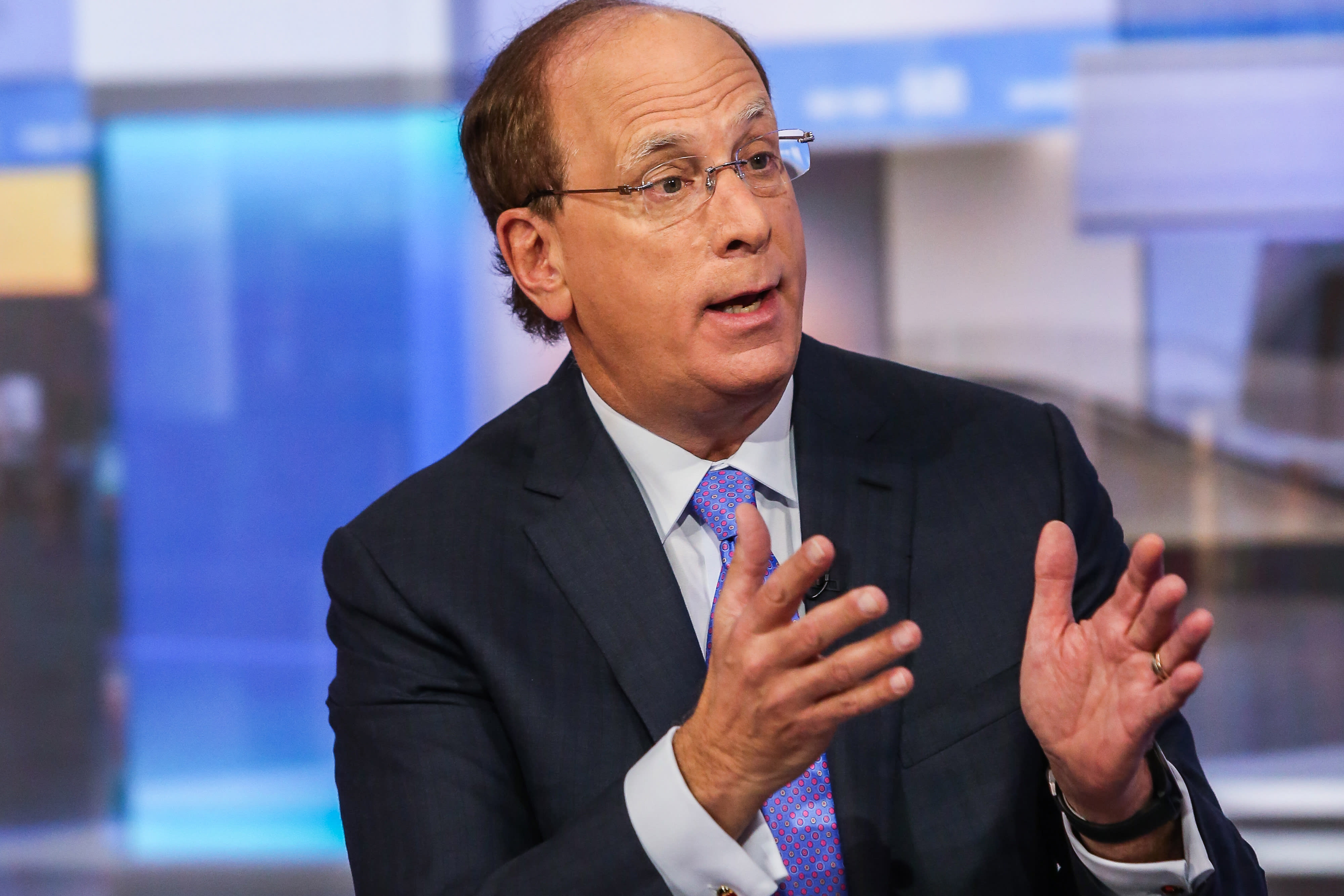 The world’s largest money manager said that it will roll out a number of new product offerings that focus on sustainable investing.

“As the largest investment firm in the world, it was very clear to me that more and more clients are looking for advice from us,” Fink said. “Probably the most important inference from my observations is I believe we are just beginning a major reallocation of capital.”

BlackRock is overhauling its investing strategy to make sustainability the “new standard for investing,” which will include launching new active and passively-managed funds that focus on socially responsible investing.

In his highly anticipated annual letter to company executives, BlackRock CEO Larry Fink said that a “fundamental reshaping of finance” is underway as issues like climate change “become a defining factor in companies’ long-term prospects.”

Fink argues that sustainable-focused investing strategies make sense not just from a social perspective, but an economic one. Climate change poses a real risk to long-term viability, and companies can no longer afford to ignore these risks.

BlackRock is the world’s largest money manager -at the end of 2019′s third quarter it had nearly $7 trillion in assets under management -which means that the company’s policies have significant reach. But BlackRock’s sheer size is also in some respects limiting. Since the company offers exchange-traded funds that track the S&P 500, for example, it’s difficult to unilaterally sell stocks of companies that engage in activities that might not align with a customer’s values.

This is not the first time Fink has used his annual letter to push for change. In 2018 he said that companies must focus on more than just making money, and in 2019 he argued that companies need to take positions on societal issues.

This time around, his letter feels more immediate, since the company also announced a host of new initiatives, including doubling its exchange traded funds, or ETF’s, that focus on companies’ environmental, social and governance factors, or ESG. The firm is also moving away from thermal coal companies.

“Because sustainable investment options have the potential to offer clients better outcomes, we are making sustainability integral to the way BlackRock manages risk, constructs portfolios, designs products, and engages with companies,” the firm’s global executive committee, which includes Fink, wrote in its letter to clients Tuesday. “We believe that sustainability should be our new standard for investing.”

BlackRock already offers sustainable investing strategies, but its new products are designed to make it even easier for investors to choose socially responsible funds.

“We want to make sustainable investing more accessible to all investors and lower the hurdles for those who want to act,” the letter said.

BlackRock said that beginning this year, it will offer sustainable versions of its flagship portfolios, with the eventual goal being to make the sustainable option the “flagship” offering.

Instead of optimizing for market cap-weighted exposure, these funds will instead focus on ESG-optimized exposure.

The company also plans to expand its offerings of sustainability-focused passive funds, as well as its impact investing arm. This includes its Global Impact Equity fund, which is set to launch this quarter.

“As the largest investment firm in the world, it was very clear to me that more and more clients are looking for advice from us,” Fink said. “Probably the most important inference from my observations is I believe we are just beginning a major reallocation of capital.”

Doubling down on ESG

BlackRock said that stocks and other assets are already evaluated through an ESG-lens, but announced that these factors will play a greater role in the decision-making process.

ESG risk will be evaluated “with the same rigor” as “traditional measures such as credit and liquidity risk.” As ESG-focused investing has grown in popularity so, too, have critics of the style, who argue that the inherently subjective nature means there’s little accountability.

BlackRock said that portfolio managers will be accountable for “documenting how those considerations have affected investment decisions,” noting that it’s part of a wider push to be more transparent.

“By the end of 2020, we intend to provide transparent, publicly available data on sustainability characteristics – including data on controversial holdings and carbon footprint – for BlackRock mutual funds,” the firm said.

As part of its stricter ESG strategy, BlackRock said it would move money away from high-risk sectors, including the thermal coal industry.

The company said it’s divesting from companies that generate more than 25% of their revenue from thermal coal production -or coal used for power production -from its actively managed portfolio, which it hopes to complete by the middle of 2020.

This extends to the firm’s alternative business, which BlackRock said will make no future direct investments in companies focused on thermal coal production.

To increase accessibility to sustainable products, BlackRock said that it will more than double its ESG-focused ETFs to 150 funds over the next few years.

This includes sustainable versions of the firm’s flagship index products, and there will also be options to screen out specific sectors entirely.

BlackRock also said that it will work with index providers “to promote greater standardization and transparency of sustainability benchmark methodology.”

Enhancing voter engagement
The firm said that it will step up its engagement with company management on sustainability-related factors, and that starting this quarter it will disclose shareholder voting on a quarterly rather than annual basis.

“On key high-profile votes, we will disclose our vote promptly, along with an explanation of our decision,” the management team said, while adding that it will “enhance the disclosure of our company engagements by including in our stewardship annual report the topics we discussed during each engagement with a company.”

Some argue that BlackRock should have acted earlier, and that the company isn’t doing nearly enough since it continues to own oil and gas stocks, for example. But it’s also a change that could force others to follow suit.

Sunrise Project senior strategist Diana Best noted that BlackRock’s move “instantly raises the bar for competitors such as Vanguard and State Street Global Advisors.” Sunrise Project is a partner of BlackRock’s Big Problem, a website that calls out the firm for its investments in fossil fuels.

Despite the new sustainability-push, Fink made it clear that the firm will continue to buy controversial areas of the market.

“Under any scenario, the energy transition will still take decades. Despite recent rapid advances, the technology does not yet exist to cost-effectively replace many of today’s essential uses of hydrocarbons,” he said. “We need to be mindful of the economic, scientific, social and political realities of the energy transition. Governments and the private sector must work together to pursue a transition that is both fair and just – we cannot leave behind parts of society, or entire countries in developing markets, as we pursue the path to a low-carbon world.”