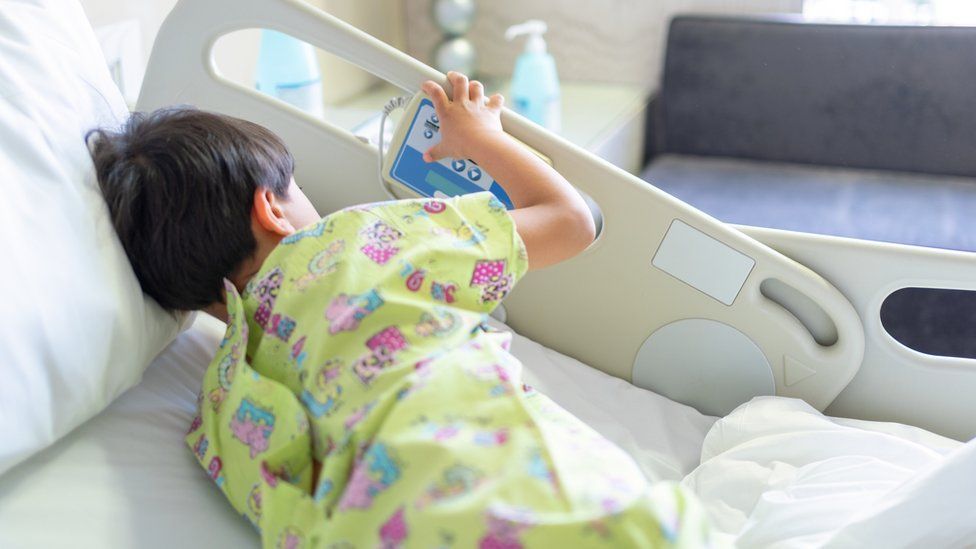 Hepatitis in children mystery still being investigated as cases rise

UK health officials say they are still no clearer on the cause of a rise in liver inflammation, or hepatitis, in children.
A common adenovirus is thought to play a role, but other possibilities are still being investigated.

In the UK, 163 cases have now been identified, and 11 children have received liver transplants.

Cases have been detected in 20 countries worldwide, with nearly 300 children affected, and one death.

"It's important that parents know the likelihood of their child developing hepatitis is extremely low," said Dr Meera Chand, from the UK Health Security Agency (UKHSA).

She said parents should still be alert to the signs - particularly jaundice, a yellow tinge in the whites of the eyes - and they should contact a doctor if concerned.

Since last week, another 18 children in the UK with hepatitis have been identified - 118 live in England, 22 in Scotland, 13 in Wales and 10 in Northern Ireland.

The children's most common symptoms were jaundice and vomiting - and most have been under five years old.

The UKHSA's latest report on cases says there is "some apparent reduction in confirmed cases in the past two weeks overall in the UK".

What's puzzling scientists is that the most likely cause - adenovirus - doesn't normally make children seriously unwell. Passed from person to person via coughs and sneezes, it can cause colds, vomiting and diarrhoea.

However, it's very unusual for adenovirus to be a cause of severe hepatitis in otherwise healthy children, but it has been circulating at high levels since the start of the year after virtually disappearing during the pandemic.

Genetic analysis of samples from some children has found a type of virus called AAV-2 - but it doesn't typically cause illness either, the report says.

Scientists are also keeping a close eye on another type of adenovirus, called F41.

"Our investigations continue to suggest that there is an association with adenovirus, and our studies are now testing this association rigorously," Dr Chand said.

"We are also investigating other contributors."

These include whether a new variant of adenovirus has developed which is making children more ill, or whether a previous infection, such as Covid, could be a factor.

Another possibility is that the pandemic, by delaying young children's exposure to a number of different viruses because of reduced social mixing, may have made them more prone to becoming ill.

And health officials are also exploring whether there could be a link with dogs. A number of families affected said they owned dogs or had come into contact with them, but UKHSA also acknowledges that having a pet dog is common in the UK.

The UKHSA says there is no evidence of any link to the Covid-19 vaccine, because most children with hepatitis were too young to receive it.
#COVID-19  #vaccine  #Covid
Add Comment