Drones have the potential to reshape last-mile delivery, reducing the environmental impact of shipping and reaching more remote areas.

By now, it is clear to all of us that the sky is not the limit anymore. Before we know it, we might be booking commercial space trips to Mars, riding a flying taxi to work and receiving our Amazon parcels by drone.

Drone deliveries, in particular, are not too far down the line from becoming a scalable, globally acceptable solution.

This technology provides a faster way for people to get what they need when they need it, without making roads more congested than they already are, and it has found new momentum since the COVID-19 pandemic and lockdowns.

A new study conducted by UVL Robotics, a Californian provider of AI-powered drone solutions, supports the idea that an autonomous 24/7 depot-to-parcel-station model could safely and efficiently fit in urban environments – including in areas of multi-story housing, where over two-thirds of the global population are expected to live by 2050.

UVL Robotics based its research on approximately a year of real-life operation of its own autonomous system in Muscat, the capital of the Sultanate of Oman, home to over a million people.

The company is the first player in the world to have obtained a full Beyond Visual Line of Sight (BVLOS) drone operation licence from Oman’s civil aviation authority and local government.

“We did many tests, and demos for different verticals in logistics,” UVL Robotics co-founder & MENA Director Moosa Al Balushi told Euronews Next. “From medicine to food and grocery delivery, and mail”. 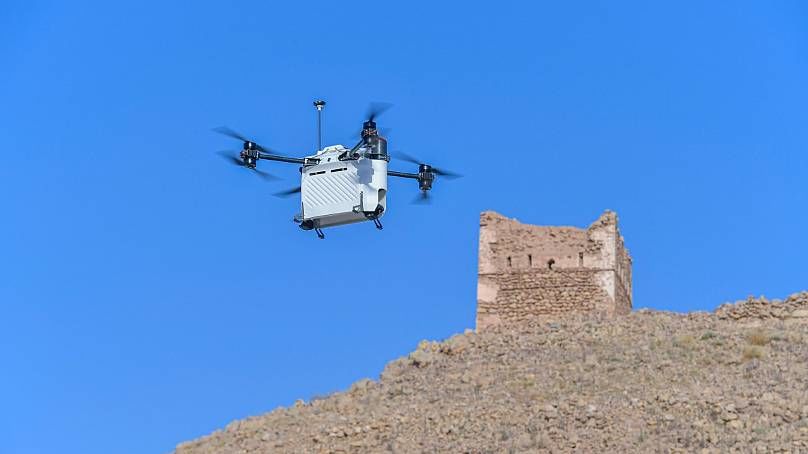 UVL Robotics has been trialling drone deliveries in Oman and says they can slash shipping times to mountainous areas and islands.

Cheaper and faster than other shipping methods?

Last-mile delivery typically makes up nearly half of the total cost of shipping.

It’s an expensive market, projected to reach €50 billion by 2028, where drones could prove an efficient and cost-effective solution.

The UVL Robotics study shows that using drones to deliver parcels in urban environments soon will, at the very least, cost no more than having humans do the job.

On average, the receipt price of delivering a 3 kg grocery parcel will be $5 (€4.89) or less, in a scenario where six drones perform 192 quick trips per day within a 10 km radius.

This amount closely matches what it normally costs customers to have their parcels or food delivered by most major last-mile players, while at the same time being safer and up to three times faster, according to Al Balushi.

“We can transfer the deliveries from days to hours, and from hours to minutes,” he said, adding that drones could especially slash shipping times across Oman’s harder-to-reach mountainous areas and islands.

"All this is happening very fast, I'm talking about less than two years,” said Al Balushi. 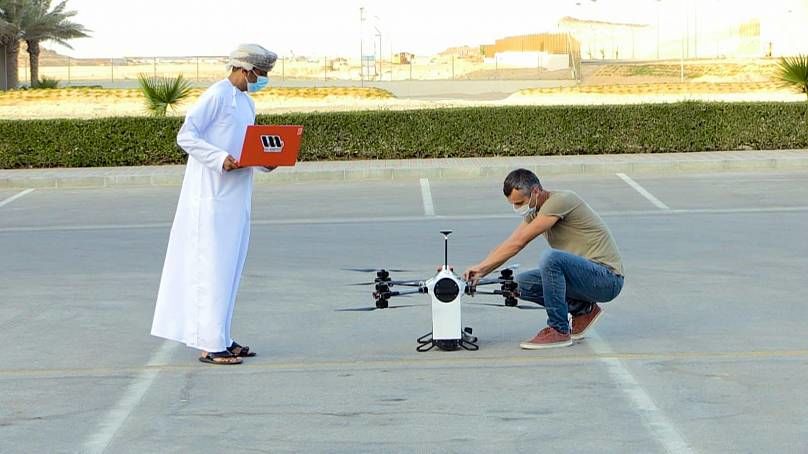 With the boom of e-commerce, last-mile delivery is expected to grow 78 per cent by 2030, which could cause carbon emissions from delivery traffic to increase by over 30 per cent in the world’s 100 largest cities, according to a World Economic Forum report.

All-electric drone-based delivery solutions are greener than land-based alternatives in many ways.

Most of the deliveries being tested now are for packages small enough not to need transport by a van or truck, and UVL found that not having vehicles idling while loading/unloading parcels could lead to a 30 to 50 per cent reduction in associated CO2 emissions.

UVL has based its system on smart parcel stations that enable fully automatic precise landing, recharge the drones, maintain the right temperatures and handle on-the-spot payments (cash or card) as well as returns. 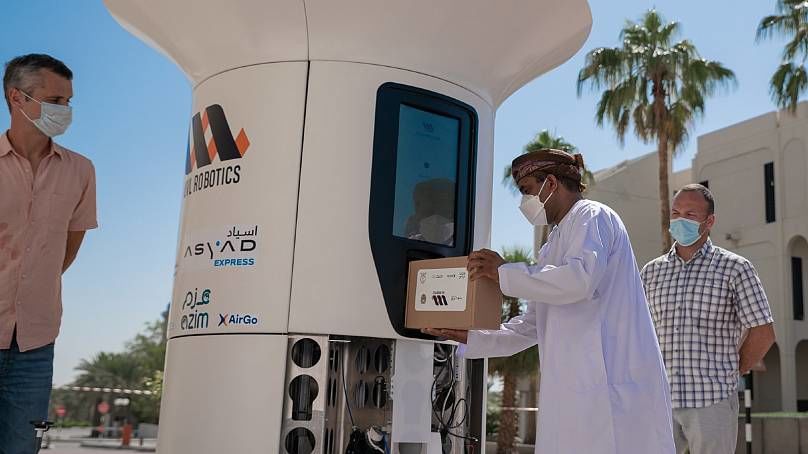 On a path to profitability

Lastly, the autonomous last-mile delivery business model is proven to be cash-positive and scalable.

Autonomy, payload-specific containers and fixed routes from depots to parcel stations are what make the model financially sustainable, way beyond anything that a piloted drone model can achieve.

Even taking into account all possible compliance issues associated with using drones in urban environments - such as noise regulations, privacy restrictions, and no-fly zones - UVL’s study still identified a clear path to profitability for the companies and investors betting on this technology.

“Urban mobility is evolving quickly and will continue to do so in the years to come. We hope to see things move fast in the wake of COVID-19 innovation and after the war in Europe,” Yogesh Gaikwad, founder of London-based venture capital firm Yuvidigital Worldwide, told Euronews Next.

Yuvidigital is backing a French eVTOL (electric vertical take-off and landing) start-up and working on the launch of a private equity fund focused on urban mobility.

“Many bigger players are also working on it, and we expect some cool technologies to come from the Paris Olympics in 2024,” Gaikwad said.

Amazon is already fully committed to the race and, after a decade working on this concept, it announced in June that California would see its first Prime Air drone deliveries “later this year”.

“We’re building something different,” the e-commerce giant said in a blog post.

“We’ve created a sophisticated and industry-leading sense-and-avoid system that will enable operations without visual observers and allow our drone to operate at greater distances while safely and reliably avoiding other aircraft, people, pets, and obstacles.”

Amazon, which says it has tested “more than two dozen prototypes,” is working closely with the US Federal Aviation Administration (FAA) and other regulators through a rigorous process to earn an FAA air carrier certificate required to operate drones using these advanced capabilities. 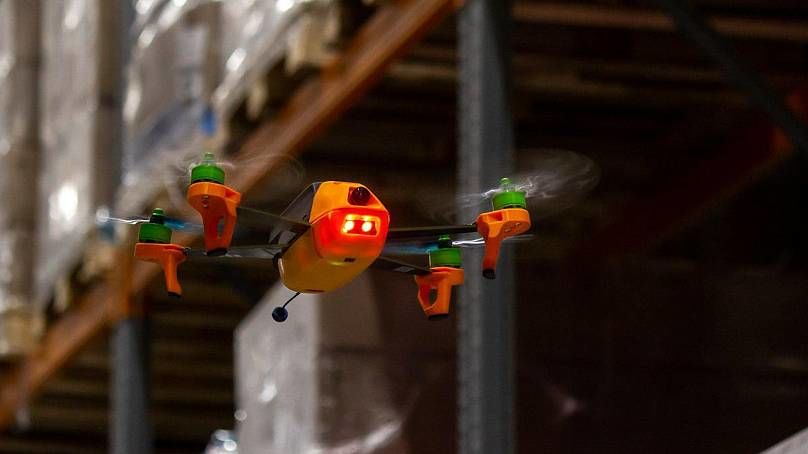 Smart inventory drones are also being used in warehouses where they fly across racks of goods and scan their labels.

Just how easily national authorities will let entire fleets of delivery drones take over the skies remains to be seen.

“(The) USA, Japan and China are way ahead when it comes to regulation,” said Gaikwad. “Overcoming the European red tape will be key”.

The right regulatory framework is one of the two critical components to truly enable scalable last-mile drone delivery, alongside the right technology, according to Harrison Wolf, director of Global Aviation Policy at instant logistics company Zipline and agenda contributor at the World Economic Forum.

“On the technology side, to enable widespread rollout, we need drones that can identify and avoid other aircraft and objects to safely and reliably reach their destination,” he said.

Reverse logistics (returns) probably present one of the main challenges to existing last-mile businesses. Zipline has already developed the industry’s first acoustic detection and avoidance technology that can identify obstacles within a 2 km range, with 360-degree awareness.

"On the regulatory side, companies are working closely with government stakeholders to develop regulatory frameworks that enable drone delivery to be deployed at scale to maximise impact for communities,” Wolf said. 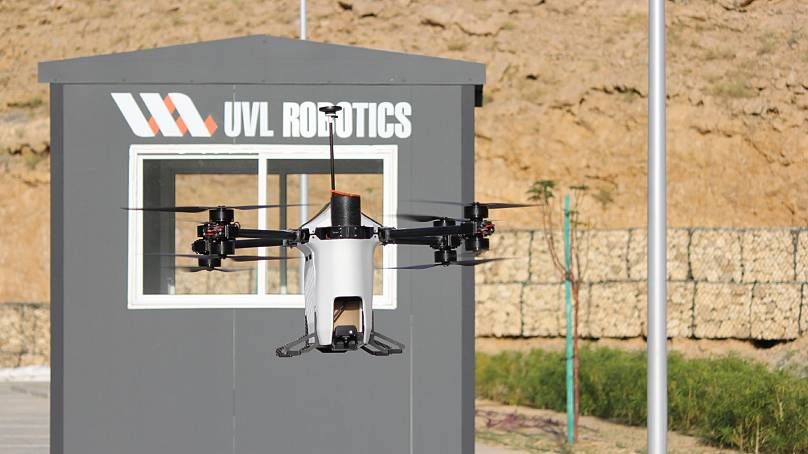 Drone enthusiasts argue that because they can go off the beaten track, drones could serve harder-to-reach communities and help tackle inequalities.

Additionally, most of the players in the space are now focusing on how this new technology can bring meaningful value to people who live outside of cities.

“In the North-East of India, which is a difficult terrain, there have been cases of organ delivery with drones in healthcare”.

The pandemic demonstrated that existing logistics systems aren’t as efficient, effective or equitable as they should be. Drone enthusiasts argue that because they can go off the beaten track, drones could serve harder-to-reach communities and help tackle inequalities.

“I want to be clear that drone delivery is not limited to urban impact,” Wolf said, stressing that it could instead offer “better access and thus greater equity”.

“Our work is all about ensuring where you live does not impact if you live. With drone delivery, people can get what they need, when they need it, in as little as 15 minutes”.