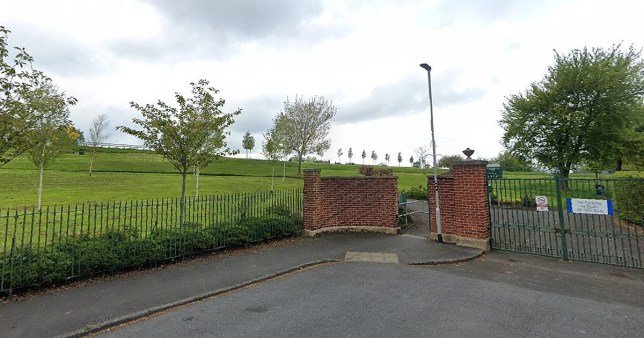 An improvised ‘heavy duty’ weapon has been found in a park in Northern Ireland.

Police were conducting searches of the area which has been linked to dissident republican activity.

They found what’s been described as a ‘partially-constructed device’ in Lord Lurgan Park in Lurgan, Co Armagh, on Sunday.

Detective chief inspector Paul Rowland of the Terrorist Investigation Unit said: ‘Using a public park to store such items is irresponsible and demonstrates a complete disregard for the members of this community, including many families and young children who use this park for recreation.’

Police have launched a series of raids targeting the New IRA in recent days.

The Police Service of Northern Ireland (PSNI) confirmed: ‘Amongst the items seized for forensic examination was a partially constructed, improvised heavy-duty weapon.’

On Sunday, petrol bombs were thrown at officers during disorder in Lurgan.

The PSNI advised motorists to avoid the Levin Road area of the Kilwilkie estate.

A suspicious device was discovered in the Tarry Drive area and people had to be evaluated from their homes.

It was examined by Army technical officers and declared an elaborate hoax.

Later on Sunday night, a van was hijacked and set on fire on the railway line at Lake Street.

Parts of Lurgan have been a hotspot of dissident republican activity for many years.