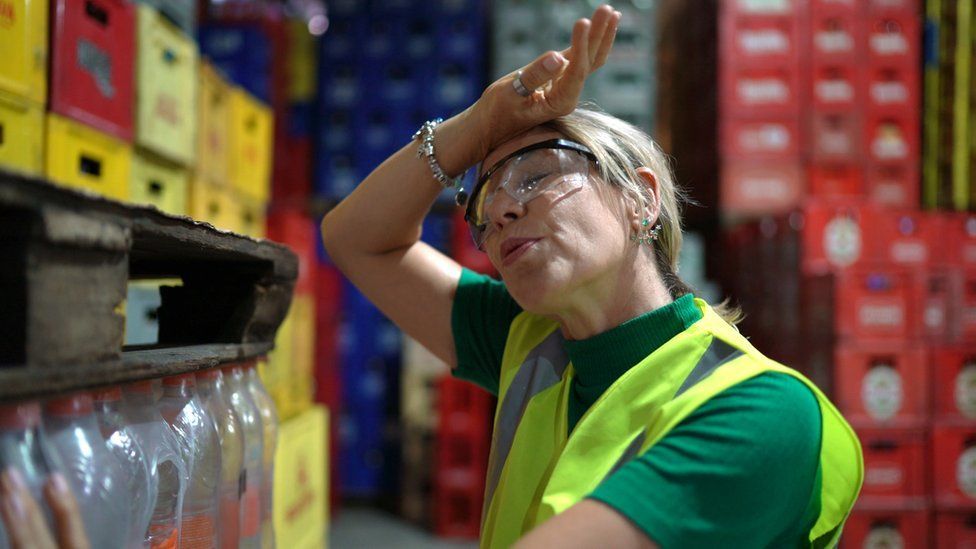 Heatwave: When is it too hot to work?

Much of the UK is already sweltering in a heatwave, and temperatures are set to keep rising.

The Met Office has extended its extreme heat weather warning for England and Wales until Tuesday, which means there's a risk of serious illness or death.

What rights do workers have when temperatures soar?

Is there a maximum temperature for workplaces?

No law in the UK says a given temperature is too hot or cold to work.

But workplaces should ideally be at least 16C - or 13C if the job is mostly physical - according to the Health and Safety Executive (HSE).

Its guidance says a workplace temperature must be "reasonable" with "clean and fresh air".

A number of MPs recently backed a campaign for a legal upper limit of 30C in most workplaces - or 27C for those doing strenuous work - but the government doesn't have to respond.

What are my rights?

Whether your employer allows you to avoid going to work because it's too hot "is a matter for them", according to Mark Scoggins, solicitor advocate at Fisher Scoggins Waters.

"The HSE won't issue any guidance on that and they shouldn't," he added.

But the Health and Safety at Work Act means bosses are generally responsible for employees' welfare.

The Unite union says employers have "a legal and moral duty to ensure workers' health is not damaged during the current hot weather."

The HSE encourages staff to talk to their bosses if the workplace isn't comfortable.

What can employers do to cool things down?

The HSE says employers should let staff work flexibly where possible - shifting their hours to minimise working at the hottest times of day.

Relaxing formal dress codes and moving workstations away from hot places or out of direct sunlight can also help.

Where possible windows should be opened, radiators should be switched off, and fans or air-conditioning units should be available.

The TUC says businesses should let office staff work from home or adjust their hours to avoid rush-hour travel.

What about people who work outside?

"Employers should consider rescheduling work to cooler times of the day, and provide cooling areas such as shade or air-conditioned rest rooms.

"If workers show any signs of heat exhaustion, the employer should immediately ensure they stop work and are allowed to recover, without loss of pay." 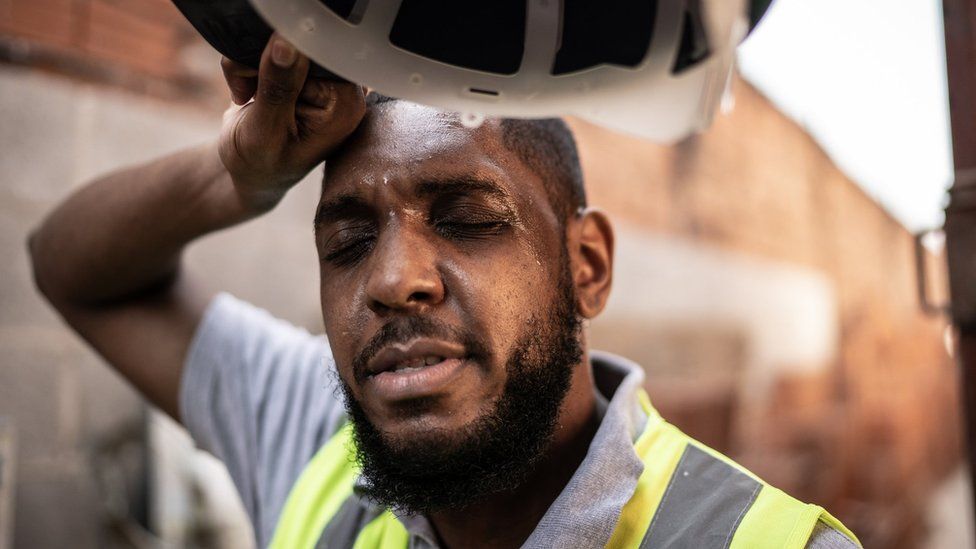 However, he agrees that all workers should have access to water, protective clothing and shade.

Some materials like paint and concrete can't be used on extremely hot days as the heat causes the materials to fail. He says all site managers have temperature gauges, and switch workers to different jobs where possible. 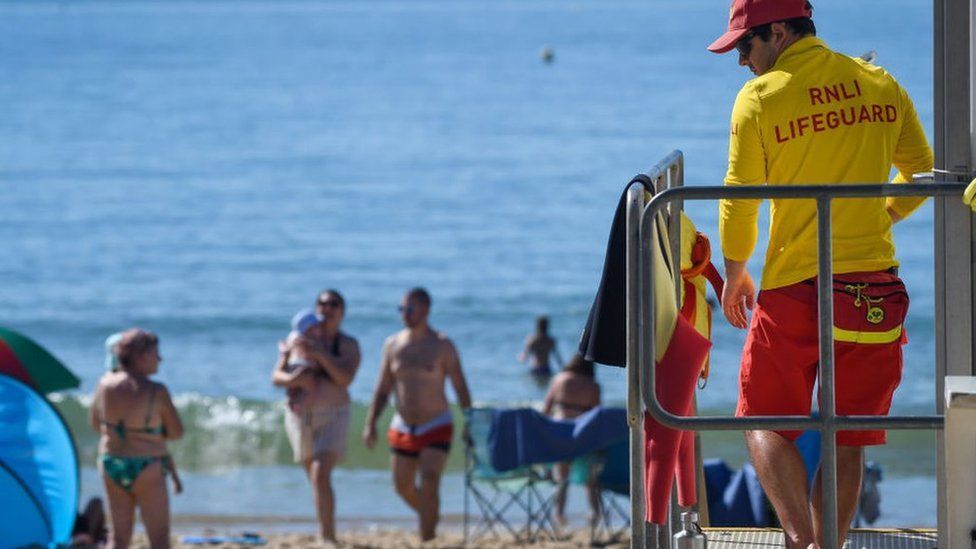 Lifeguards are especially important in hot weather, when more people are tempted to swim, but they also need to look after themselves.

All lifeguards should have cold water, a wide-brimmed hat, a long-sleeved top, polarised sunglasses, a high factor sunscreen and access to shade, according to Jo Talbot from the Royal Life Saving Society UK.

They should also have regular breaks.

Will schools close because of the heat?

The Department for Education told the BBC it was "not expecting nor advising schools to close" during this summer's heatwave, and that "individual school leaders are responsible for managing their own local circumstances".

Its guidance recommends that schools boost ventilation where possible, keep children hydrated, and avoid vigorous physical activity. Pupils are also advised to wear a hat and use sun cream. 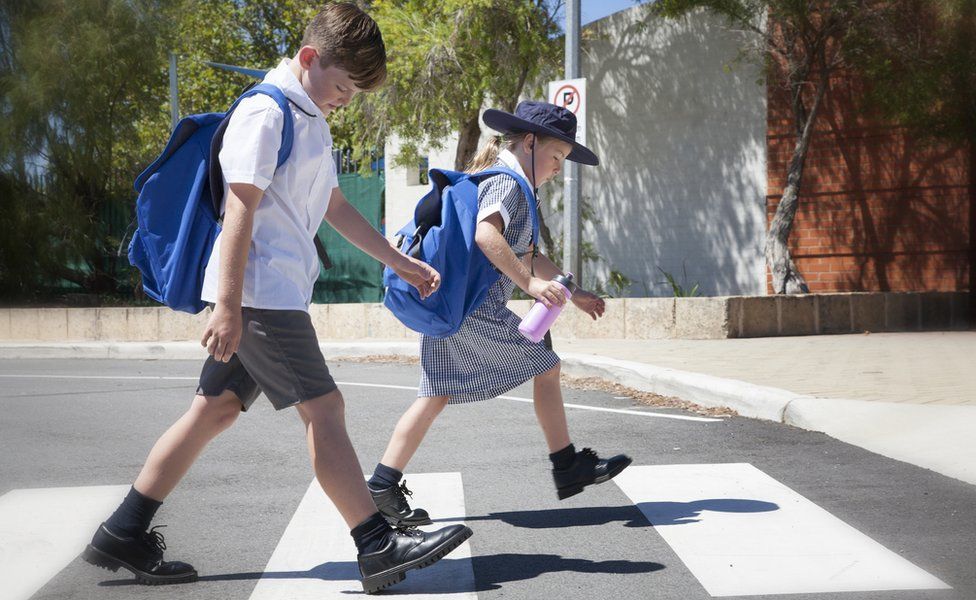 "Excessive heat in classrooms has been shown in many studies to impact on pupils' learning, with a 1°C increase in temperatures linked to a 2% decline in learning".

It says schools should avoid using classrooms which are particularly susceptible to high temperatures during the hottest hours of the day to help protect staff and pupils.

Some schools have said they will close early and postpone events such as sports days.

How can I keep cool at work?

There are some simple things individuals can do to make the heat more bearable.

Dr Anna Mavrogianni, who researches sustainable building and urban design at University College London, advises opening windows to improve airflow but working away from them to avoid direct heat.

She also recommends switching off electrical equipment that's not in use, like photocopiers.

Light-coloured clothing is cooler than dark, as it absorbs less heat. Choose looser-fitting garments made from natural materials like cotton and linen, which are more breathable. 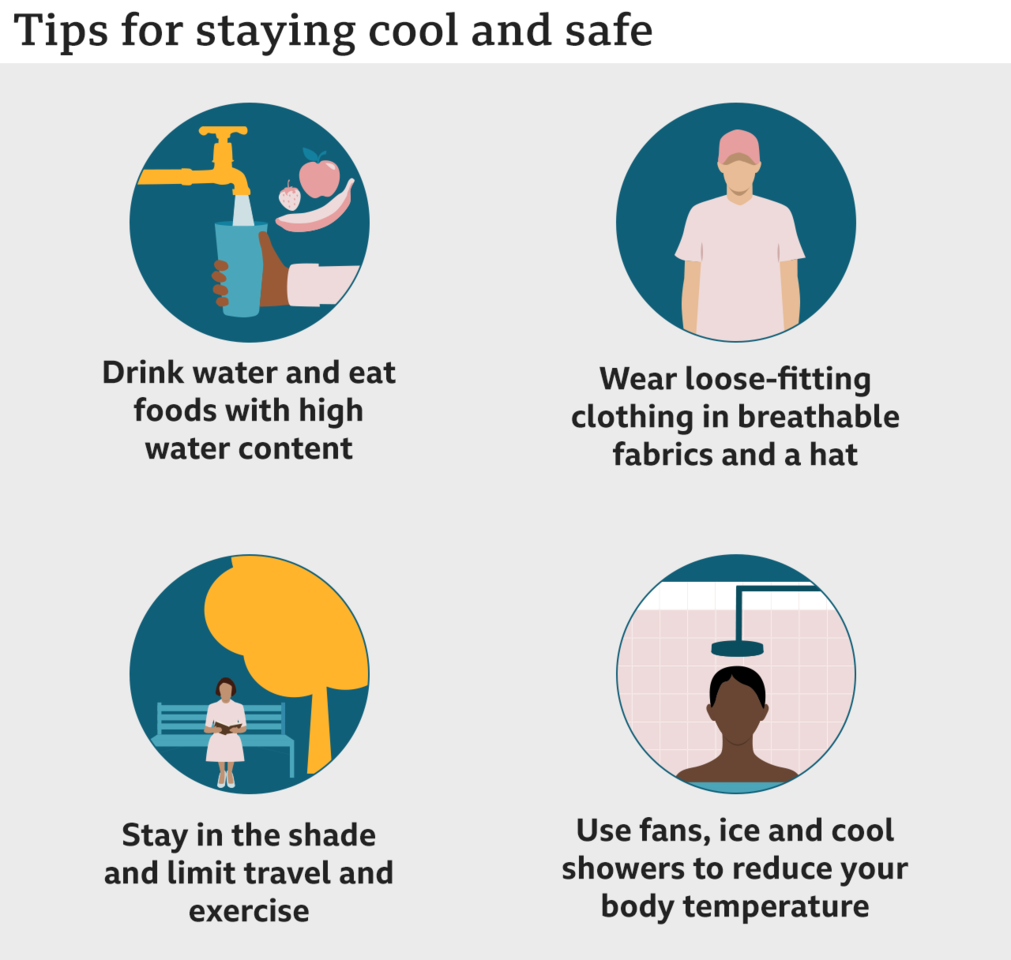