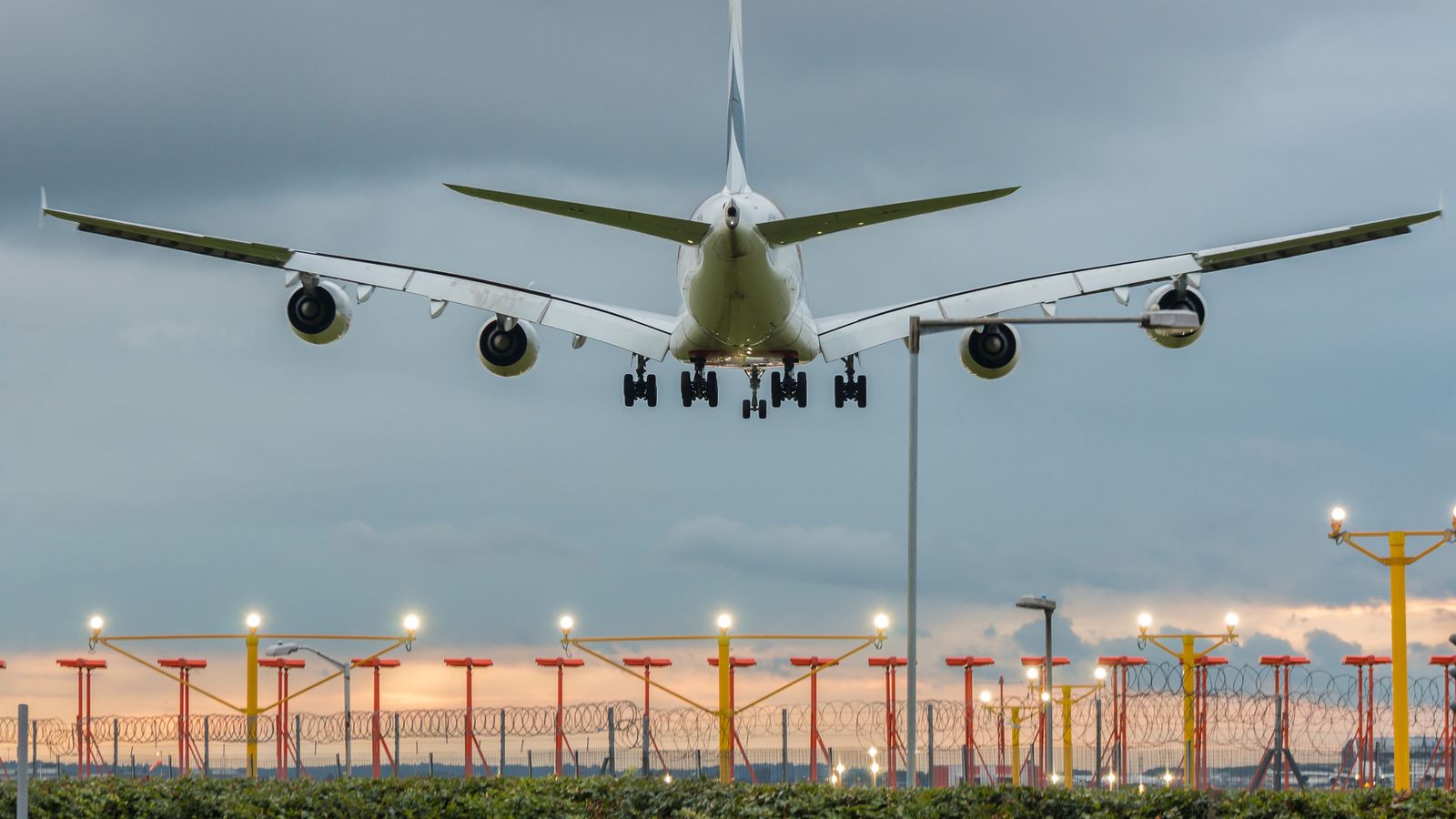 Heathrow is beginning to recover from the travel chaos of recent months, according to the airport's chief executive.

Airline travellers across the UK have faced months of disruption, with delayed and cancelled flights, along with long waits at check-in, security and baggage collection.

The main reason for the problems has been a shortage of staff.

Many jobs were lost in the aviation industry during the worst of the pandemic and now there is a race to recruit enough workers - and to train them and get them security clearance - to match the demand for summer travel.

Heathrow has been among the worst-affected.

In an update on Thursday, chief executive John Holland-Kaye said: "Passengers are seeing better, more reliable journeys since the introduction of the demand cap.

"I want to thank all my colleagues across the airport for their amazing work in getting people away on their holidays.

"This has only been possible because of the collective and determined efforts of airport, airlines and wider Team Heathrow teams."

In July - and on top of a UK government amnesty that allowed airlines to cancel flights without fear of losing precious take-off and landing slots - Heathrow imposed a cap on departing passenger numbers to boost resilience.

It also asked airlines to stop selling tickets for summer travel, a plea that was met with criticism from some quarters, including former boss of BA owner IAG Willie Walsh, who is now head of the International Air Transport Association. 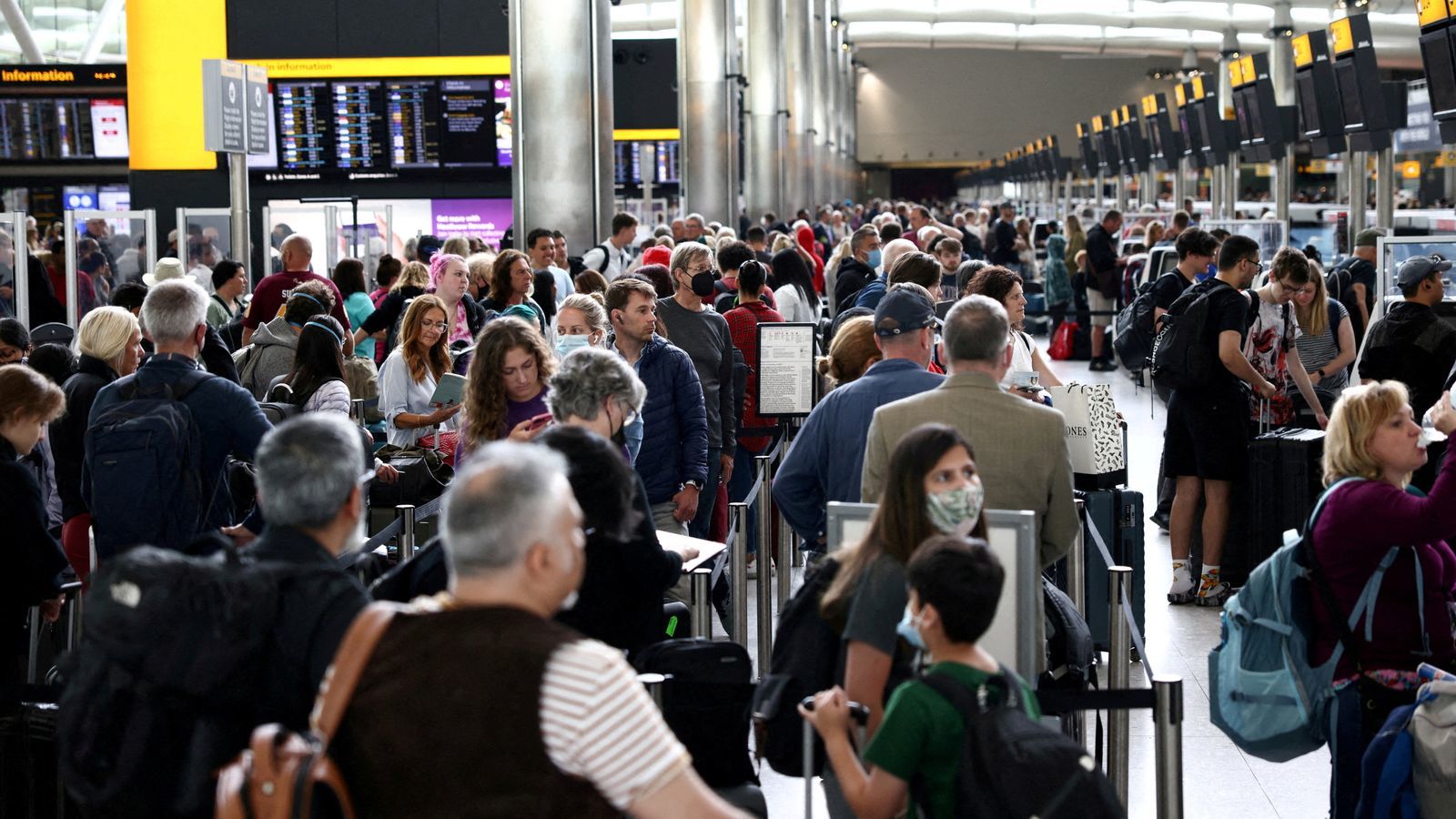 Passengers have faced long queues at times this summer 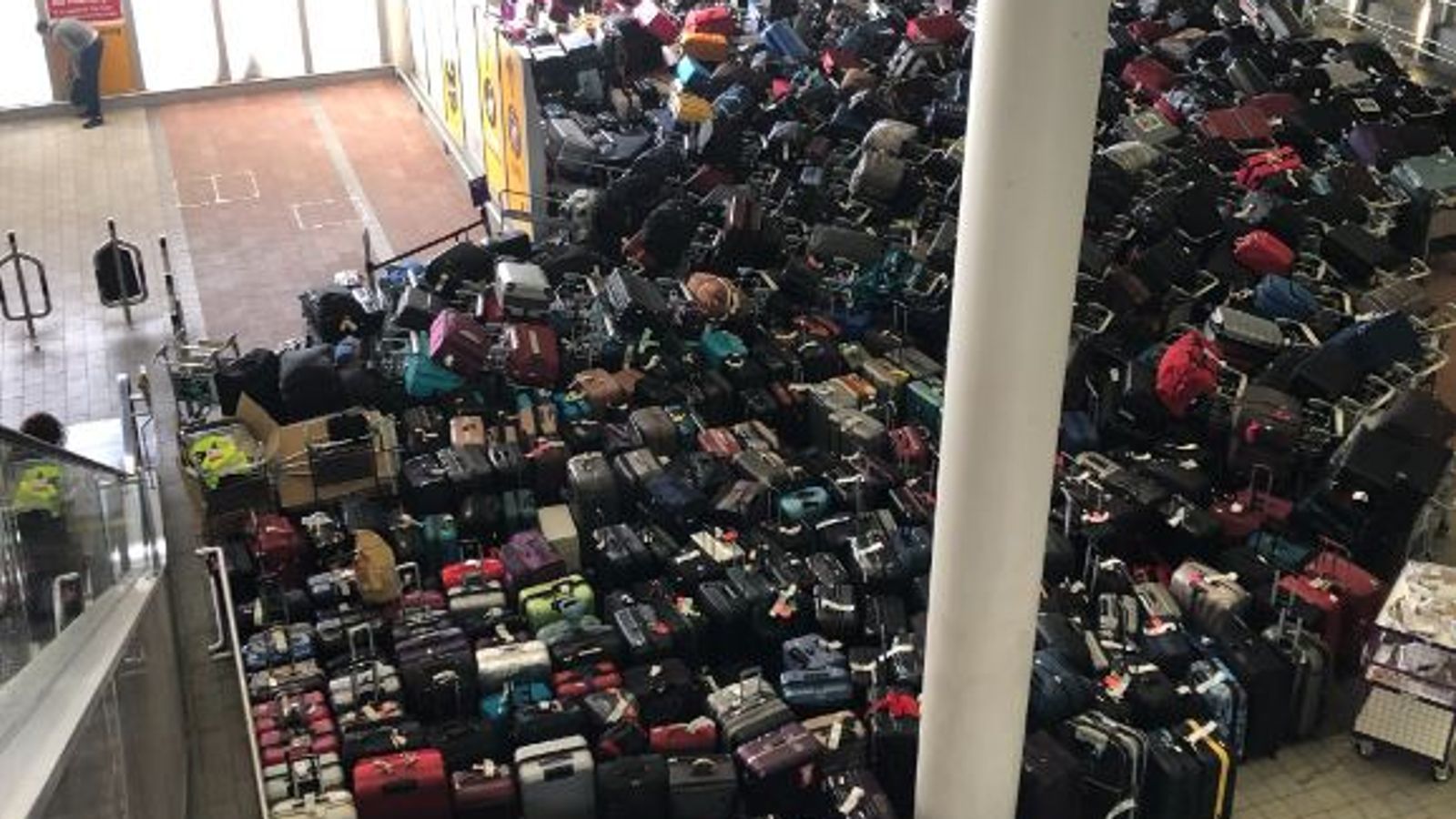 There have been problems with baggage handling. Pic: Deborah Haynes

Heathrow said on Thursday that the cap on numbers had "delivered improvements to passenger experience, with fewer last-minute flight cancellations, better aircraft punctuality and baggage delivery".

It experienced the largest rise in passenger numbers of any European airport in the last year - more than six million people travelled through Heathrow in July, and an estimated 16 million are expected between July and September.

A review is being conducted into ground handling capacity, 1,300 more workers have been hired and security is back at pre-pandemic levels, meaning 88% of passengers can be cleared in 20 minutes or less, the airport said.

Last month an analysis by Oxford Economics, in conjunction with aviation trade bodies, showed that 2.3 million jobs were lost across airlines, airports and civil aerospace groups since the outbreak of COVID-19.