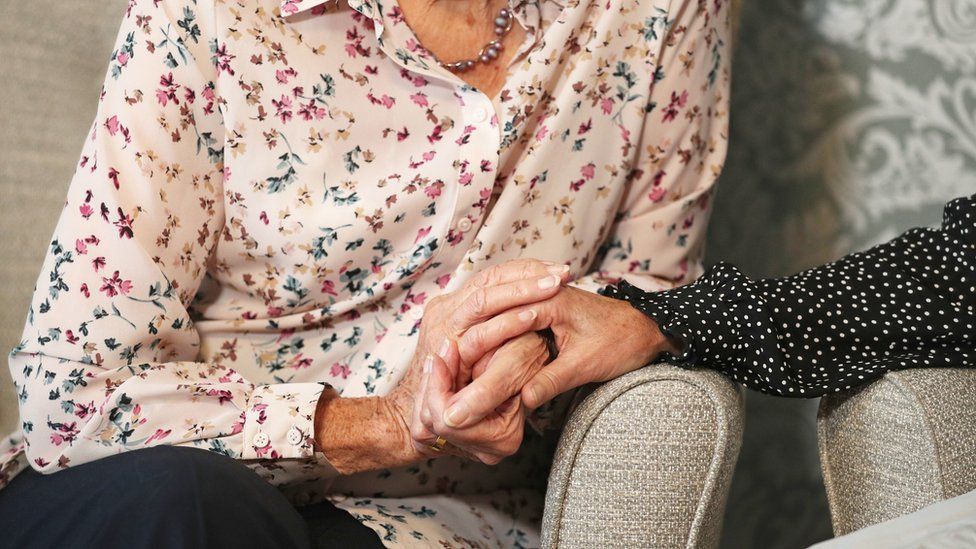 Plans to raise National Insurance to fund health and social care could lead to the breakdown of struggling families, the UK's tax authority says.

Ministers announced the tax hike this week to pay for an £86,000 personal cap on lifetime social care costs in England, and tackle NHS backlogs.

HMRC analysis has predicted it will have a "significant" impact on wages, inflation, and company profits.

Health Secretary Sajid Javid said it was the fairest way to fund investment.

The 1.25 percentage point rise in National Insurance (NI), a tax paid by workers and employers, will begin next April, before becoming a separate Health and Social Care Levy from April 2023.

Along with a 1.25 percentage point hike in dividend tax from next April, it is expected to raise £12bn a year for the next three years.

Analysis prepared for the government by HMRC, published after MPs backed the changes last week, said in 2022-23 a worker on the median basic rate taxpayer's income of £24,100 would be expected to pay an additional £180 per year.

Employees on the median higher rate taxpayer's income of £67,100 would be expected to pay an additional £715, the document added.

It added: "There may be an impact on family formation, stability or breakdown as individuals, who are currently just about managing financially, will see their disposable income reduce."

The analysis also forecast the increase would impact companies' decisions on hiring staff, and setting salaries.

And it said turning the NI increase into a separate levy - meaning it would appear as a separate line on workers' pay slips - would mean extra staff costs for HMRC. 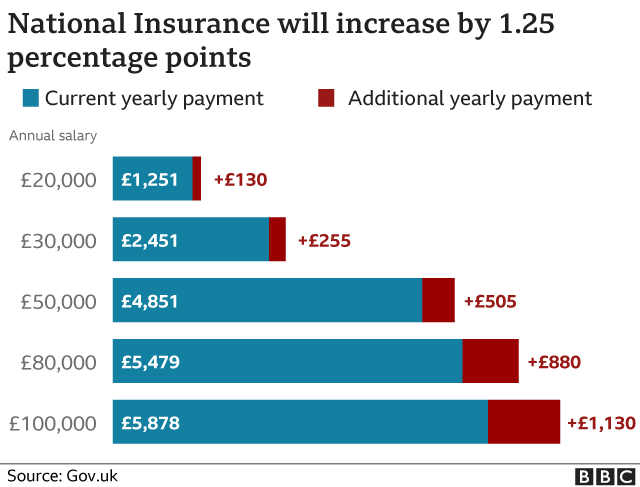 The majority of the £36bn fund raised by the rise over the next three years will go towards tackling the backlog of NHS cases, which has worsened during the Covid pandemic.

A smaller portion of the money - £5.4bn over the next three years - will also go towards changes to the social care system.

The government has promised the share going to social care will increase after that, but has not specified exactly by how much.

Labour has criticised the tax hike as unfair to working people, and said it would not do enough to improve care offered in the social care system.

The party said it backed more spending on health and social care - but has been coming under pressure to specify how they would pay for it instead.

Leader Sir Keir Starmer recently said the money could be raised through taxing landlords. He has also said it could be funded through "wealth taxes", but has not set out details.

On Sunday, Mr Ashworth told the BBC's Andrew Marr programme that improving care for people in their own homes, so that they did not have to move into a care home, could save £2.5bn a year that could be spent on "the front line".

Speaking on the same programme, Mr Javid defended the tax hike, adding it would make government support for social care "more generous" and said paying for the changes through higher borrowing would be "wrong".

"The way this has been done, through a broad-based progressive tax, is the fairest way possible to support us all, for our health needs and our care needs," he added.

After backing the proposals last week, MPs will vote on the legislation to set up the new health and social care levy next week.