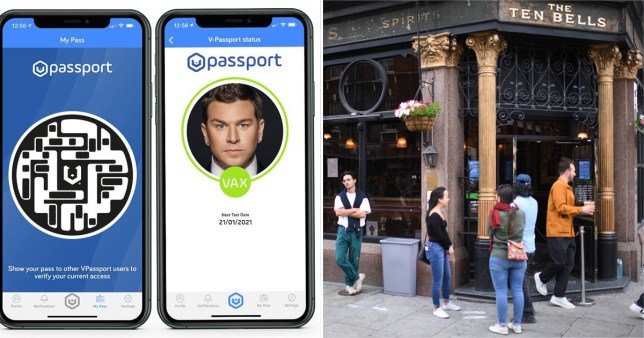 The Department for Health is said to be in talks with tech firm VST Enterprises to develop the VCode app which would also allow people to return to restaurants, theatres and sporting events, the Sun reports.

The next-generation technology uses a round barcode instead of a square QR code which is thought to be more secure, the newspaper added.

The code, which can be scanned from three metres, will reveal details of a person’s vaccination history and Covid-19 test results.

Louis-James Davis, 32, from VST Enterprises, said: ‘It’s not yet clear what restrictions will be in place later in the year but the VCode would be able to handle any of them.

‘Organisers would be confident about letting you into an event and you would feel safe, knowing the others around were also in the low-risk category.

‘There’s the added advantage that the VCode is much more secure than the QR code. It’s also unhackable and tamper proof. And, unlike a paper certificate, it cannot be forged.’ 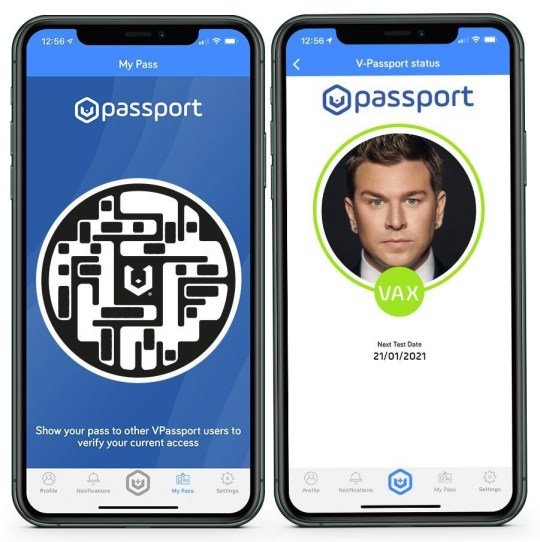 This is how the health passports will look

Cabinet Office Minister Michael Gove denied passports were part of the government’s plans, but vaccine deployment minister Nadhim Zahawi later suggested that they were ‘looking into’ the technology.

A spokesman for the Department for Health said last week: ‘As large numbers of people from at-risk groups are vaccinated, we will be able to gather the evidence to prove the impact on infection rates, hospitalisation and reduced deaths.

‘If successful, this should in time lead to a reassessment of current restrictions.’