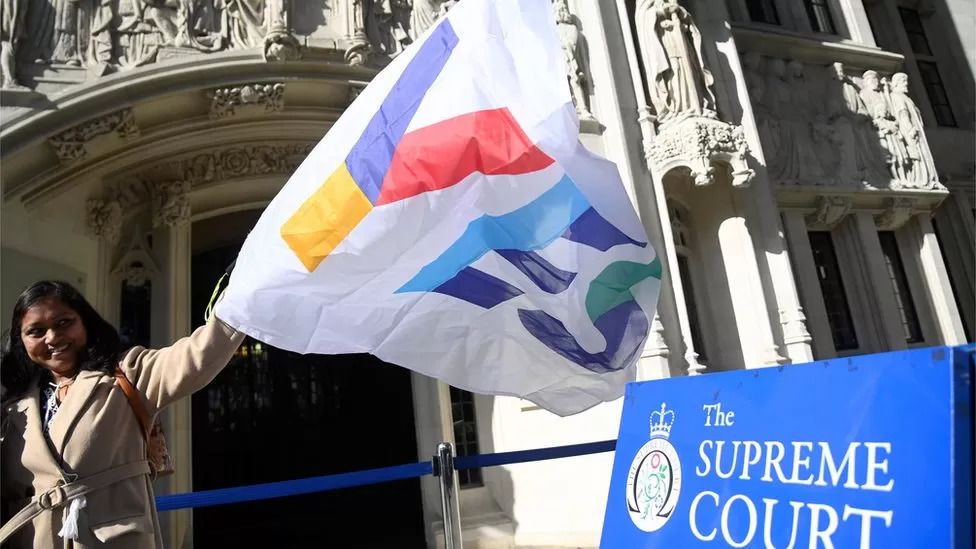 A shift of opinion registered in one poll should always be regarded with caution.

But when a number of polls all record much the same shift, it is highly likely that something has changed.

Before the Supreme Court pronounced on 23 November that the Scottish Parliament could not legislate for a referendum on independence without the agreement of the UK parliament, most polls of how people would vote in another independence referendum put No narrowly ahead.

Five polls conducted in September and October on average put No on 51% (once those saying Don't Know were excluded) while Yes were credited with 49%.

However, four polls conducted since the Supreme Court judgement have all put Yes ahead - on average by 54% to 46%.

Support for independence has not been consistently that high in the polls since the beginning of 2021, when Scotland was still in the midst of the Covid-19 lockdown.

The decision of the Supreme Court was widely welcomed by those who would like Scotland to remain part of the UK.

However, in the short run at least, it appears to have undermined popular support for the Union somewhat.

Underneath the overall figures there is a big age difference.

On average, in the latest polls nearly three-quarters (72%) of those aged 16 to 24 say they would vote Yes, whereas only two in five (40%) of those who are 65 or older want Scotland to leave the UK.

In contrast, there is majority support for independence among both men (53%) and women (54%) - a big difference from the position in 2014 when men were markedly more likely than women to vote Yes. 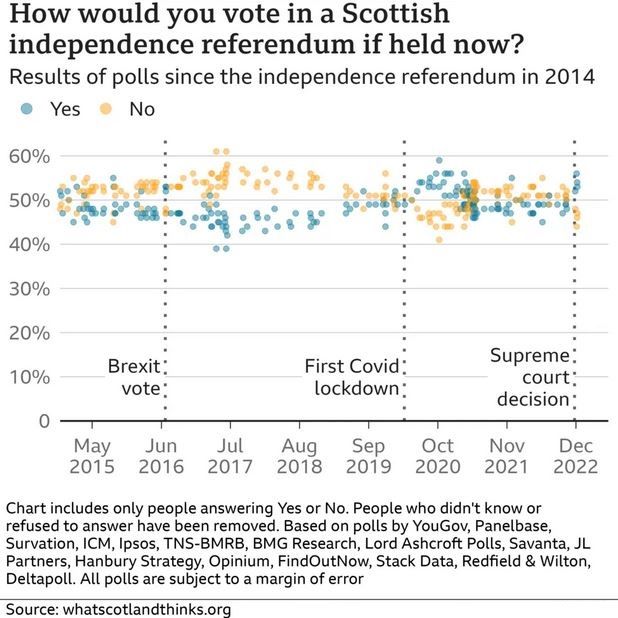 The question of whether there should be another referendum is, of course, highly controversial.

However, for the most part those who want Scotland to become independent support the idea, while those who wish to remain in the UK are opposed.

However, most polling suggests that some Yes supporters would prefer to delay any referendum to beyond next year.

For example, Ipsos found that while two-thirds of Yes supporters would prefer a referendum next year, a quarter would want to leave it until some point between 2024 and 2026.

Even so, their views are still very different from those of No supporters, just 6% of whom want a referendum at some point between now and the next Holyrood election in 2026. 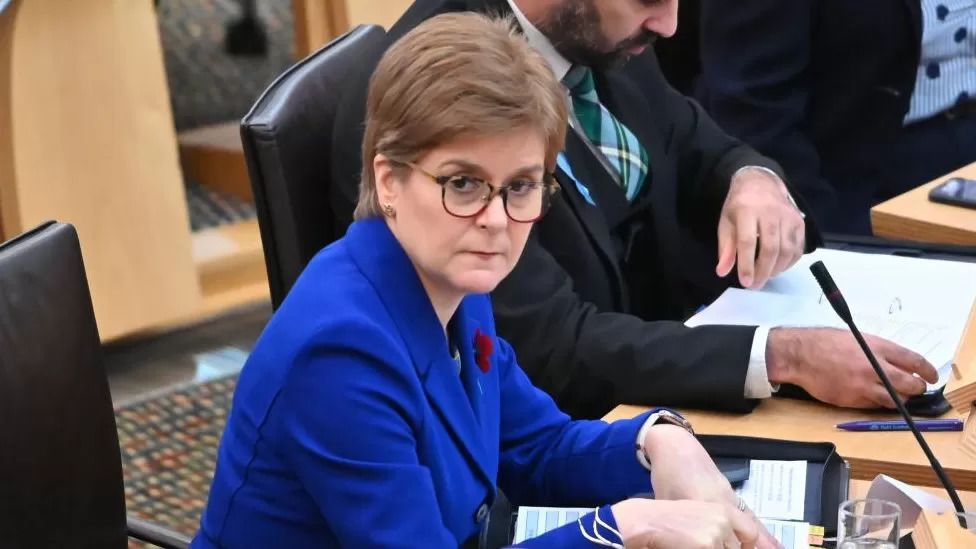 YouGov also find that Yes supporters are keener on a referendum being held at some point in the next five years than they are on having one next year - but that most Unionist supporters are not keen on either prospect.

But why might the Supreme Court decision have persuaded some voters to switch to Yes?

One possible clue comes from YouGov's poll, which found that 51% of all voters believe that the Scottish Parliament should have the power to call a referendum without the agreement of the UK government, while only 39% took the opposite view.

Perhaps crucially, nearly a quarter (23%) of those who voted No in 2014 believe that the Scottish Parliament should be able to hold a referendum.

This suggests the Supreme Court's decision may have jarred with some voters.

However, the same YouGov poll also suggests voters have their doubts about Nicola Sturgeon's proposal in the wake of the Supreme Court decision that a majority vote for pro-independence parties at the next UK election should be regarded as a mandate for independence.

In truth, the latest polls provide plenty of food for thought for both sides in Scotland's continuing constitutional debate.