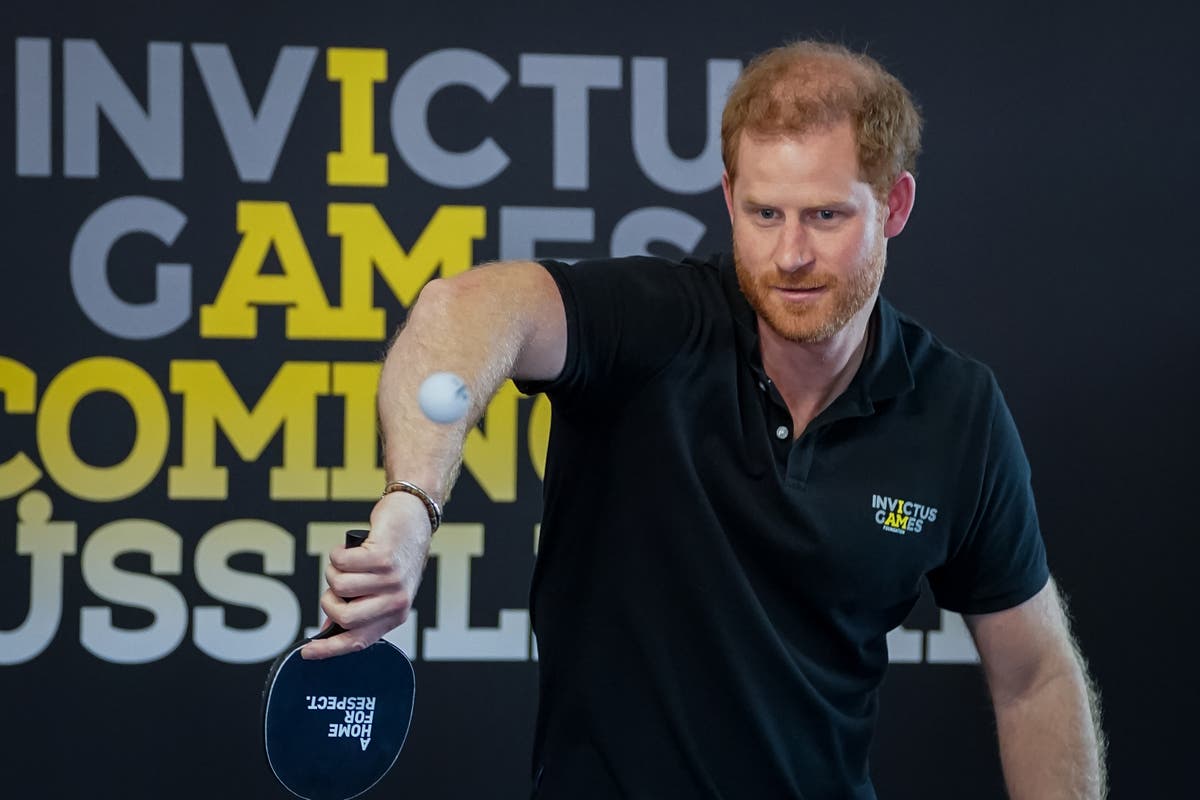 One of Harry’s opponents, Valentin Baus, said he thought the duke played tennis, as he could see a technique.

The Duke of Sussex has tried his hand at table tennis, showing off skills that led his opponents to believe he may have some tennis experience.

Thomas Schmidberger, 30, teamed up with Harry for doubles and said he would rate the duke’s performance as possibly a seven out of 10.

“I don’t think he plays very often but he’s a sportsman and sportsmen can do everything a little,” he said. 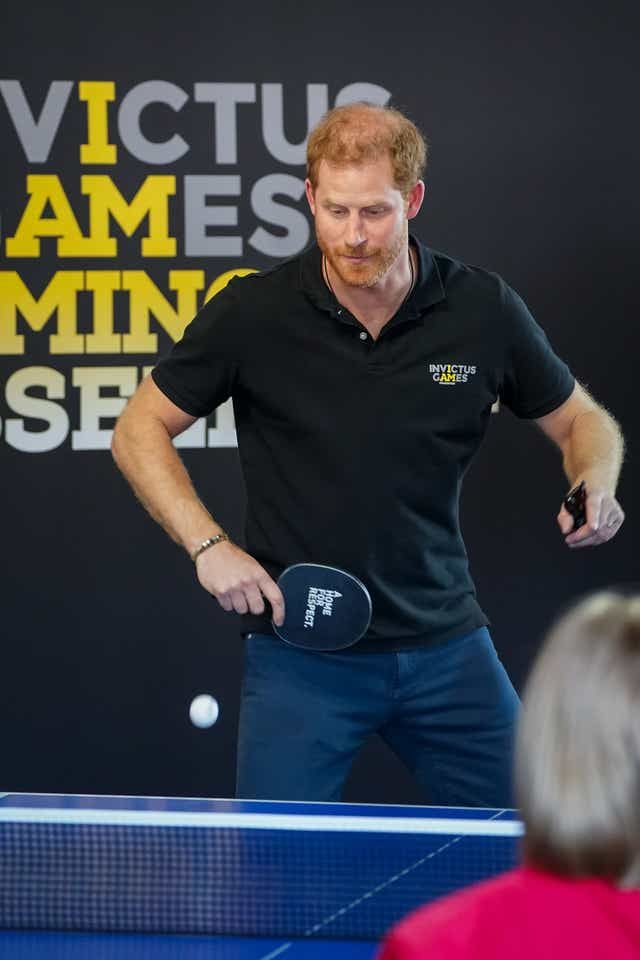 Mr Schmidberger, who plans to compete at the Invictus Games in Dusseldorf, Germany, said he thought the other team won, joking: “I had a weak point in my team.”

One of Harry’s opponents, Valentin Baus, 26, said he thought the duke played tennis, as he could see a technique.

“You can see if somebody plays tennis, and plays in table tennis, you can see the technique – ah, this is a tennis guy,” he said.

Harry’s other opponent, Sandra Mikolaschek, 24, said she thought the duke was “very talented”.

She said: “He probably played tennis a lot earlier. But it was fun playing with him. 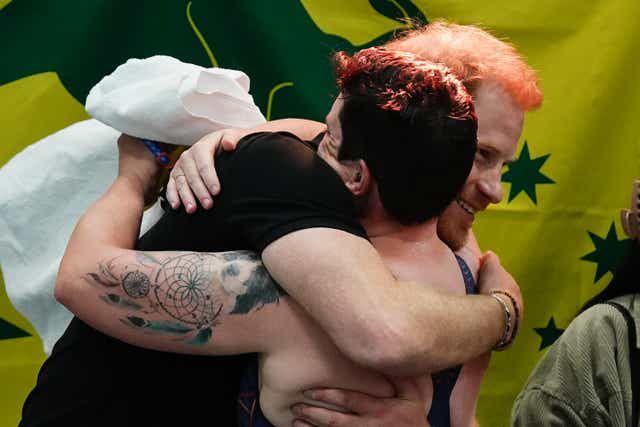 The Duke of Sussex hugs a competitor during the swimming

“Nice that he played with us. For us it’s not usual to play with someone like that so it was very fun.”

“Like in tennis when you play short ball,” she said.

The next Invictus Games will take place in Dusseldorf in 2023.

Later, Harry travelled to the Invictus swimming venue, where he watched races and presented medals.

At one point he appeared to break into a brief dance while sitting by the pool, as catchy music played. 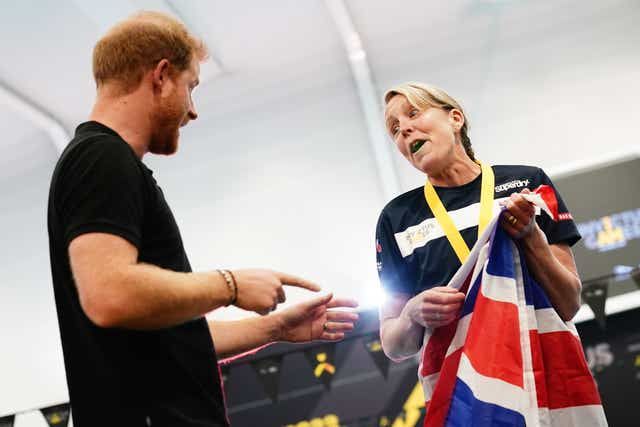 Team UK competitor Lisa Johnston, 39, who lives in Doncaster, South Yorkshire, was among those who received a medal from Harry.

Ms Johnston, who has a haul that includes four bronze medals and a gold, said it has been “overwhelming”.

She said: “It they could bottle the feeling that you feel right now there would be so much world peace it would be amazing.

“Honest to God it’s just – you can’t describe how you feel. You have to be in it to experience it.

“And you can’t experience it unless you go for it.”