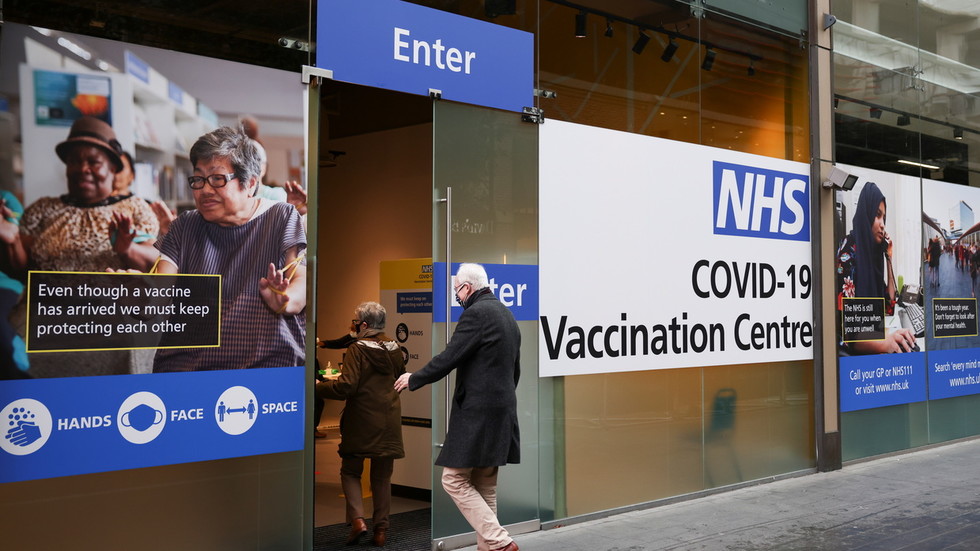 ‘Hang on, wait for others’: WHO urges UK to help foreign states with Covid-19 vaccine before continuing immunisation at home

World Health Organization (WHO) spokesperson Margaret Harris has said that it is morally and economically right to help with immunisation worldwide rather than “rushing” to vaccinate everyone in one country.

“There have been a number of very interesting analyses showing that just vaccinating your own country and then sitting there and saying ‘we’re fine’ will not work economically,” Harris told BBC Breakfast on Saturday.

“We’re so connected and unless we get all societies working effectively once again, every society will be financially affected,” she said.

Harris was asked whether the UK should focus on helping other countries instead of continuing its own immunisation, once all priority groups have been vaccinated. The WHO official replied: “We’re asking all countries in those circumstances to do that – ‘hang on, wait for those other groups.’”

Britain kicked off its immunisation programme at the beginning of last month, with the goal to vaccinate 15 million people from vulnerable groups and frontline workers by February 15.

On January 19, the government said that over four million had received their first dose of the vaccine.

The WHO, meanwhile, has been urging all countries and vaccine-makers to ensure “fair and equitable” distribution all over the world, especially among the poorer nations.