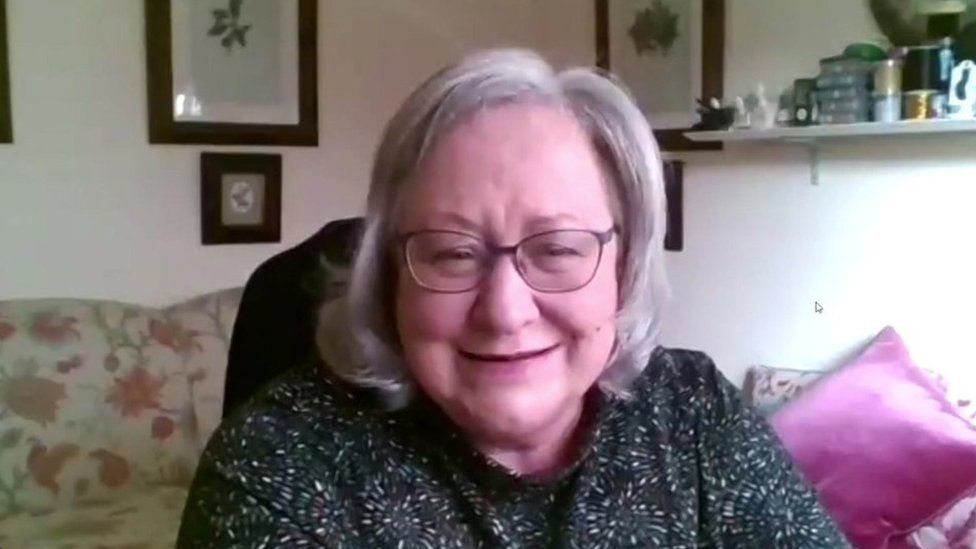 A council that sparked an internet sensation when a meeting descended into chaos has again been dogged by rows.

A clip of a Handforth Parish Council meeting featuring insults and members being kicked out was watched by millions earlier this month.

Jackie Weaver, who was trending on Twitter after the December Zoom meeting went viral, was not involved when the council met on Wednesday evening.

Members of the public interjected and made cat-calls throughout the meeting.

Wednesday's meeting was being watched on YouTube by more than 3,500 people at one stage, with some members of the public seen smoking on the Zoom call while another person shielded their face with a large safari hat.

Councillor John Smith and chairman Brian Tolver had a tense disagreement over the events of the Cheshire council's viral meeting in December.

Mr Smith offered a lengthy defence of Ms Weaver and described Mr Tolver and others' comments towards her as "abusive".

In response, Mr Tolver said: "I have much to dispute in what councillor Smith just said. I don't want to bore everybody but he was wrong on just about every point he raised."

Shortly afterwards a member of the public asked Mr Tolver if he would like to apologise for his actions in the December meeting, and Mr Tolver asked for the person to be muted.

Wednesday's meeting included a number of references to the viral meeting, with members of the public interrupting proceedings with laughter and quoting catchphrases like "read the standing orders, read them and understand them".

An argument also broke out among the councillors about the previous meeting's minutes, with Mr Tolver trying to defer the minutes to a future meeting but other councillors telling him this needed to be decided with a vote.

Mr Tolver then briefly left the meeting after the argument and when a vote on minutes was taking place. 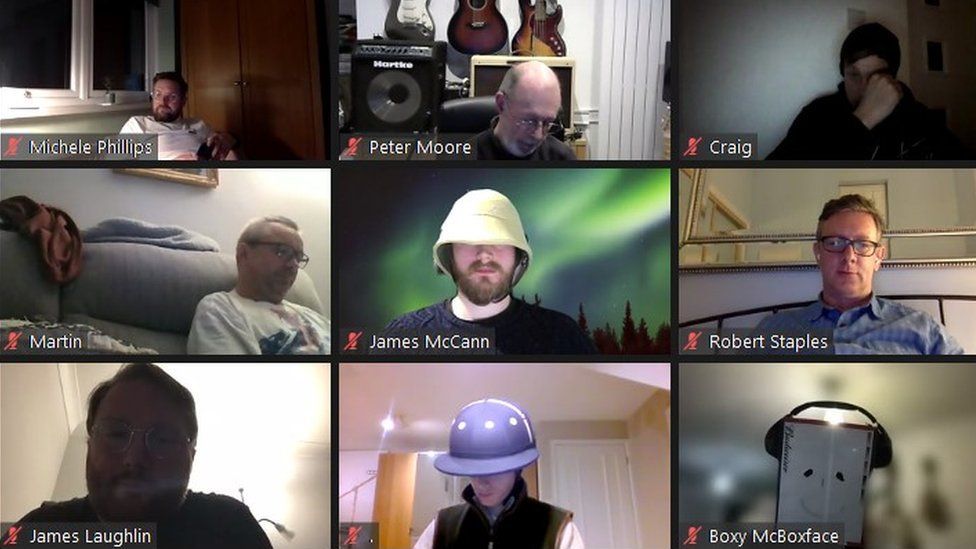 Although Ms Weaver was not part of the meeting she did listen in to parts of it.

"I would have been perfectly happy to have been involved this evening but I don't think it's right for Handforth," she said.

"Now the clerk is back it's absolutely right and proper they've taken their proper place, which they're perfectly competent to do."

Tonight's meeting was a demonstration of why the parish council for this commuter village on the northern tip of Cheshire has become so dysfunctional.

The councillors were arguing over nearly everything - most of it being finer points of law and procedure as opposed to policy.

Not to mention the continual din from more than 80 members of the public who were on the Zoom call un-muted.

The most intense debate was about what happened in THAT viral meeting - where the chair who claims he was chucked out asserted that Jackie Weaver had no authority to do so and didn't apologise for his conduct when a member of the public called 'Joe' asked him to.

After that, the councillors agreed the public would be muted.

Cheshire East Council mayor Barry Burkhill, who faces a vote of no-confidence over his role in December's viral meeting, did not attend.

He did not send his apologies but the chairman said he had attended a Cheshire East Council meeting earlier on Wednesday.

His vote of no confidence was referred to Cheshire East Council's Standards Committee.