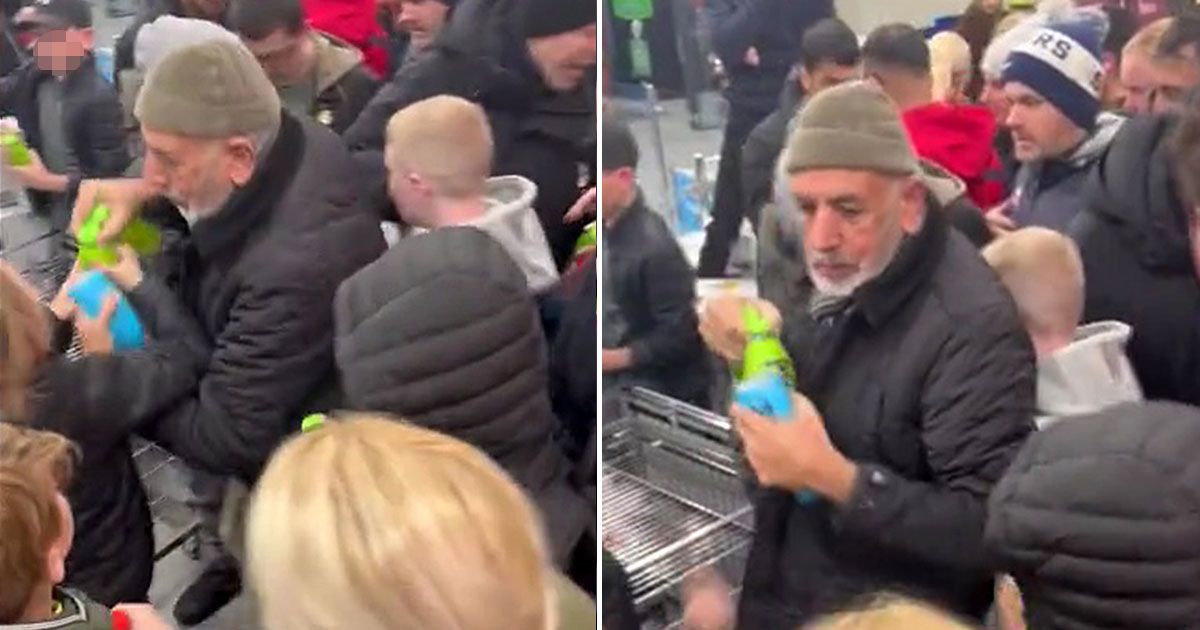 Grown adults shove children out the way to get £1.99 Prime drinks at Aldi

Queues of shoppers trying to buy Prime drinks at Aldi descended into ‘absolute carnage’ this morning.

Adults were filmed pushing and shoving children – some as young as seven – and jumping over shelves to get their hands on bottles, which have a booming resale market on Amazon and eBay.

Fifteen-pack boxes are on sale for as much as £200 online, but the discount supermarket is selling 500ml bottles of Blue Raspberry, Lemon and Lime and Ice Pop for £1.99 each.

Student Kristina Sheppard, 19, filmed shoppers battling it out to buy them in Sydenham, south-east London, at 8am.

She said adults were ‘pushing children’ and walking out with crates of the drink, despite Aldi only allowing customers to purchase one of each flavour.

‘It was just hectic,’ Kristina said. ‘I didn’t push anyone, but there was a lot of pushing and shoving going on.

‘I thought there was a limit of one bottle per flavour, but I saw people getting cases of them. 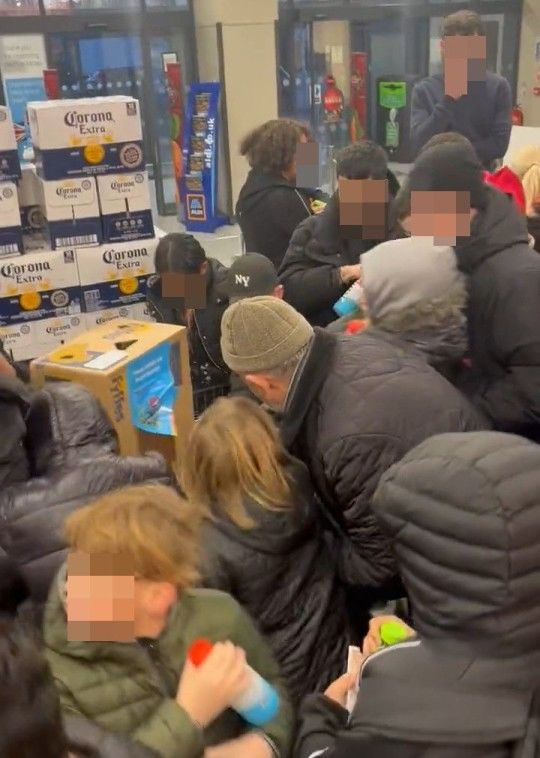 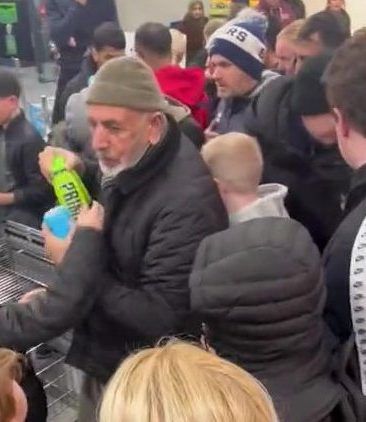 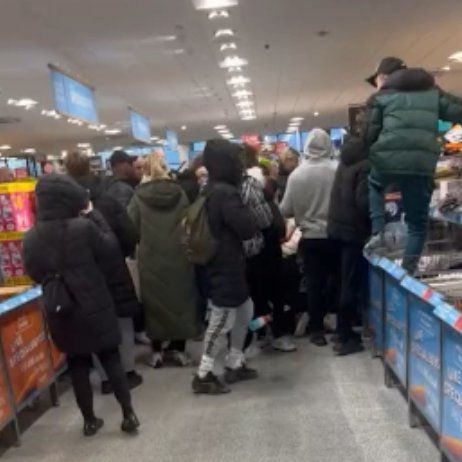 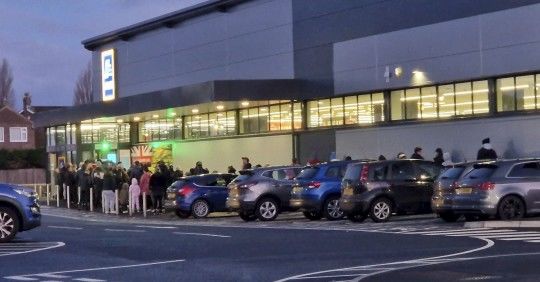 A long line of people snaked outside an Aldi store in Norton, North Yorkshire, this morning 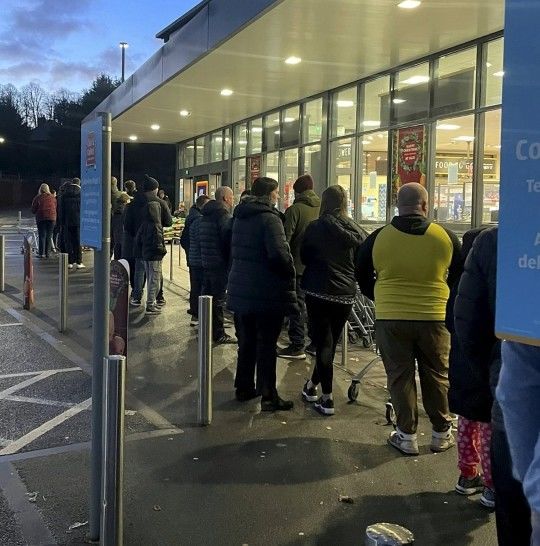 People queued up outside Aldi in Stapleford, Nottinghamshire, in the early hours

‘There were parents pushing children. There were kids between the ages of seven and 14 who were being pushed out of the way.

‘One of the staff was shouting “parents, stop pushing the kids”. It was absolute carnage. I just got my bottles and left, I didn’t want to stick around much longer.’

Prime was created by YouTube stars Logan Paul and KSI who have used their online platforms to create huge demand from their millions of young followers.

It is marketed as a ‘hydration’ drink rather than an energy drink as it does not contain caffeine, and is made up of water and coconut water with added vitamins and minerals.

Long queues snaked outside Aldi stores across the country this morning after it was announced they would be stocking the drink. 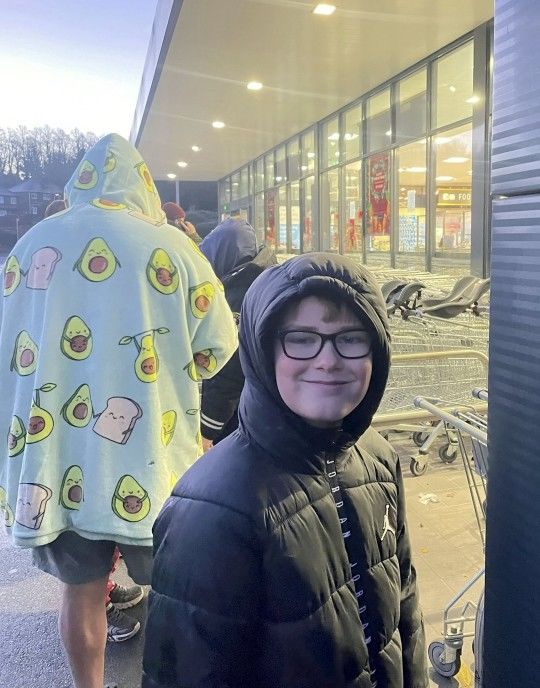 Adam Smith took his son Charlie to Aldi, where one man wore a blanket hoodie to keep warm 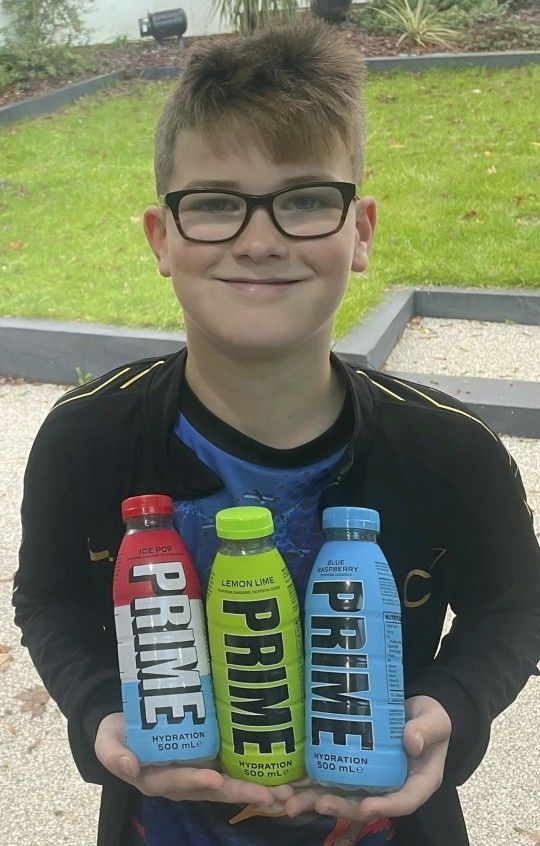 Around 50 people joined a line outside a supermarket in Gravesend, Kent, in the early hours, including Ellie-Louise Dadswell, 20.

Crates of the drink sold out within seconds, but she managed to get one bottle for her 14-year-old brother.

She said: ‘I began queuing at about quarter to 8 but it didn’t take long to go down as the product was all gone so quickly.

‘No one was talking to each other really, just trying their hardest to get it. There was loads of pushing and shoving.’

One Aldi in Bradford, West Yorkshire, sold out of Prime within ten minutes.

In nearby Wakefield, an off-licence went viral after they started selling bottles for £25. People travelled hundreds of miles to get their hands on them.