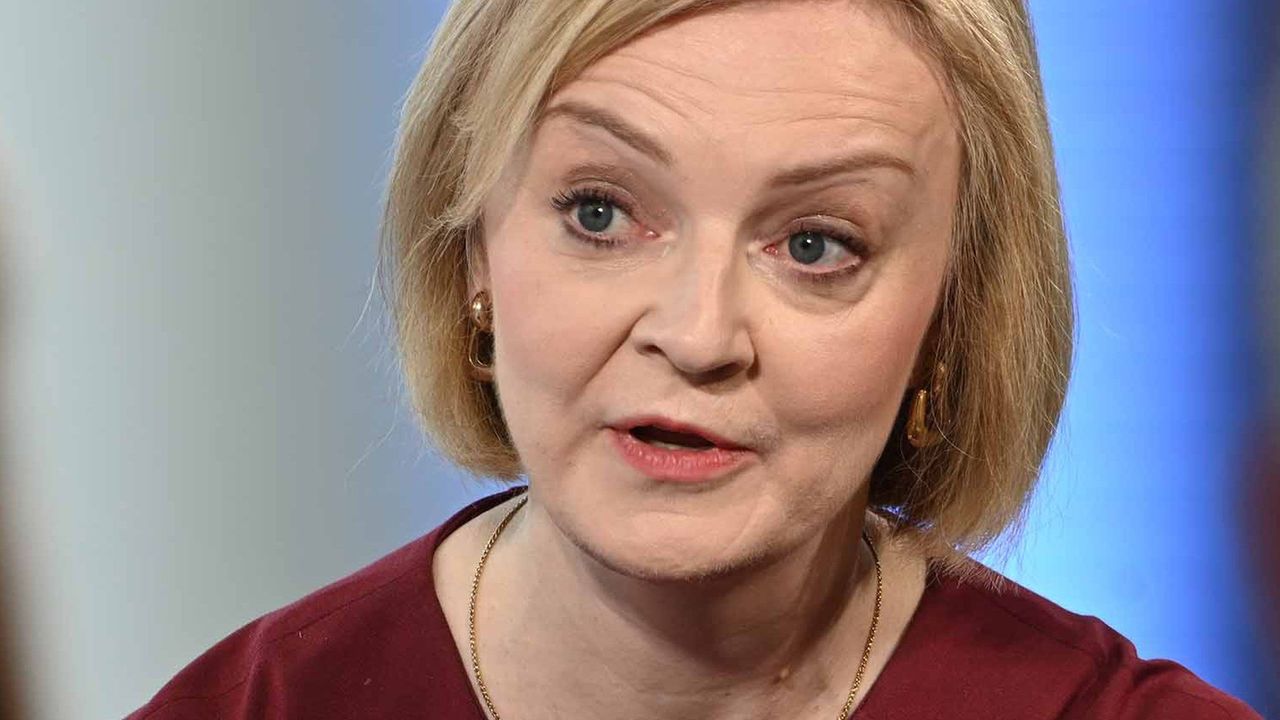 Ground should have been laid for tax cuts, admits Liz Truss

Liz Truss has admitted she should have "laid the ground better" for her mini-budget, after it sparked days of market turmoil.

The prime minister told the BBC's Laura Kuenssberg she had "learned from that", but she was confident her tax cutting package would boost economic growth.

She added a decision to cut the top earner tax rate was a "decision that the chancellor made".

And she revealed it was not discussed with the whole cabinet beforehand.

The cut to the 45p rate has provoked outrage from opposition parties, and concern from some Conservative MPs.

Former minister Michael Gove said the cut displayed the "wrong values," and signalled he wouldn't vote for it.

He also said he was "profoundly concerned" about the decision to borrow to fund the tax cuts, calling it "not Conservative".

The government's mini-budget included £45bn in cuts funded by government borrowing, and revealed the government expects its two-year scheme to fix energy prices will cost £60bn in the first six months.

The announcements sparked days of turbulence in financial markets, with the pound falling to a record low against the US dollar on Monday, although it has since recovered.

The rocky economic backdrop is set to dominate this week's Conservative party conference, Ms Truss's first as Tory leader, where she faces the task of reassuring her MPs over her approach to boosting the flagging UK economy.

Speaking from the gathering in Birmingham, Ms Truss promised to win over "the hearts and minds" of Tory MPs to persuade them of her plan.

In an interview for the BBC's Sunday With Laura Kuenssberg, she said she remained committed to her approach and she was "confident" better growth would result.

"But I do accept we should have laid the ground better. I have learned from that, and I will make sure that in future we do a better job of laying the ground."

She also defended the decision to cut the 45p income tax rate for top earners, saying it "raises very little" and made the tax system more complicated.

She added that the cut was a decision made by Chancellor Kwasi Kwarteng - prompting former cabinet minister and Boris Johnson loyalist Nadine Dorries to accuse her of throwing him "under a bus".

And Mr Gove, who has served in several cabinet roles in previous governments, expressed concerns about scrapping the top rate at a time when "people are suffering".

Former deputy prime minister Damian Green warned a reception at conference that the Tories would lose the next general election if "we end up painting ourselves as the party of the rich".

Labour's shadow chancellor Rachel Reeves accused the government of conducting a "mad experiment" with the economy, calling the market turmoil a "crisis made in Downing Street".

Also speaking to Laura Kuenssberg, she said investors had been spooked by the "sheer scale of the borrowing" to fund the tax cuts, alongside the decision not to publish an official economic forecast alongside the plans.

She added that the public would "pay the price" for the turbulence, and said Ms Truss had failed to understand the "anxiety and fear" about the state of the economy.

In a bid to reassure markets, the government has said it will set out how it plans to lower public debt in the medium term on 23 November.

Pushed repeatedly on whether she planned to cut public spending, Ms Truss did not say, but added she wanted to get "value for money for the taxpayer".

She did not commit to raising benefits in line with inflation, saying that a decision would be made later this autumn.

She also rejected calls to bring forward an assessment of the government's plans from the UK's budget watchdog, currently due to be published alongside the debt plan.

She added that an assessment of the spending plans was "not yet ready".

"There's no point in publishing something that's not ready. That would just cause confusion," she added.

Michael Gove: Cutting tax for the wealthiest "a display of the wrong values"