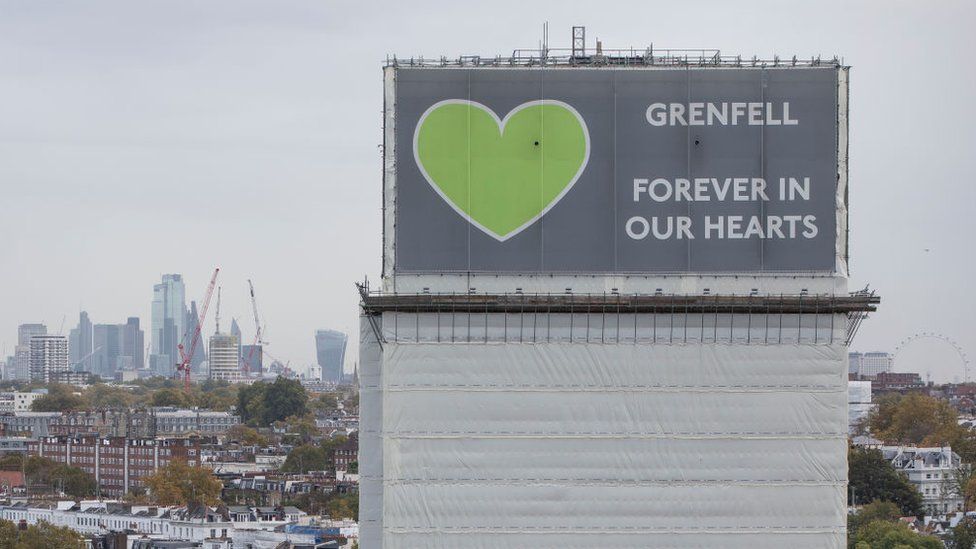 A fire risk assessor for Grenfell Tower was "professionally reckless" for signing off its cladding as safe without evidence, an inquiry has heard.
Expert witness Dr Barbara Lane said Carl Stokes was not qualified to say the cladding complied with regulations.

She disagreed with another witness who had suggested it was reasonable for Mr Stokes to assume the cladding met fire safety regulations.

The deadly fire in June 2017 has been partly blamed on dangerous cladding.

Seventy-two people died in the disaster in west London.

The second phase of the public inquiry is looking into the cause of the fire, including how the 24-storey tower came to be in a condition which allowed the fire to spread.

When he gave evidence to the inquiry in June, he admitted he based his fire risk assessment on an informal conversation with someone working for the main contractor at Grenfell Tower.

Dr Lane, a fire engineering and safety specialist, said this was "professionally reckless behaviour" and Mr Stokes' conclusion should have been supported by evidence.

She said he wrongly concluded in a report that the cladding was "fire-rated".

In April 2017, a few months before the fire, Mr Stokes also told the TMO which ran Grenfell Tower that "the cladding complied with the requirements of the building regulations".

Dr Lane said Mr Stokes was not qualified to make this statement and that in doing so he departed from the acceptable standards of a person providing safety advice.

The inquiry has already concluded that the aluminium cladding breached building regulations because it allowed the flames to spread.

The building control department of the Royal Borough of Kensington and Chelsea has admitted failings in its assessment of the Grenfell Tower refurbishment. A police investigation is ongoing.

However, Mr Stokes was employed to do regular risk assessments for the tower, and could have checked with others that a safe cladding system had been installed.

A question for the inquiry will be whether that was his job.

When he gave evidence Mr Stokes was adamant it was not. He said he did not even know Grenfell was being fitted with cladding until he walked past in 2014 and saw a sample for residents to assess.

An earlier expert witness, fire engineer Colin Todd, told the inquiry in July that assessing the cladding was beyond the expertise of risk assessors.

He said it was reasonable to assume the cladding complied with building regulations because the council's building control was involved.

But Dr Lane, who has been giving a week of evidence, said Mr Stokes should have checked whether the newly renovated walls of the tower complied with safety rules, as part of his inspection.
Add Comment