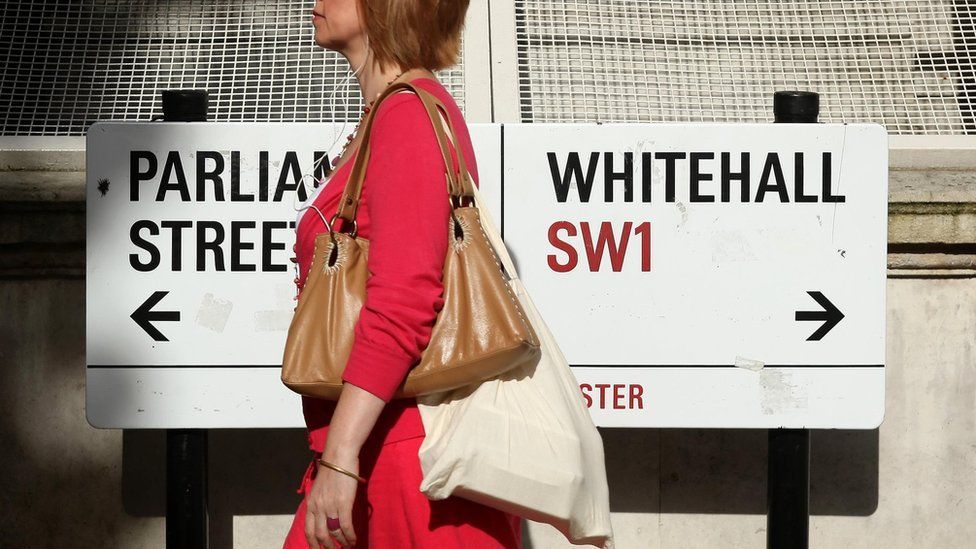 Cabinet Secretary Simon Case has asked colleagues to declare paid roles or outside interests that "might conflict" with Civil Service rules.

The move comes after it emerged a top official joined a financial firm while still working for the government.

Bill Crothers says his recruitment by Greensill Capital was "transparent".

Letters to an appointments watchdog published on Tuesday revealed his part-time role as an adviser at the firm had been signed off by the Cabinet Office.

But Prime Minister Boris Johnson told MPs on Wednesday it was "not clear" that "boundaries have been properly understood".

Labour has described Mr Crothers' dual employment, which happened in 2015, as "extraordinary and shocking".

Mr Crothers had been the government's chief procurement officer prior to being taken on by Greensill, which has since collapsed.

Revelations about the firm's attempts to influence government have led to Mr Johnson launching a lawyer-led review into its access to ministers and civil servants.

Labour argues a special House of Commons committee should investigate instead - but the government rejects this, and voted down the plan on Wednesday.

In a letter to senior officials, seen by the BBC, Mr Case - the UK's top civil servant - said there were issues of "acute concern" over recruitment.

He said the need to give civil servants the chance to gain experience life outside Whitehall has been "recognised for many decades by successive governments".

"But this must only be done in a way which can maintain the integrity and impartiality of the Civil Service," he wrote.

He added: "In particular, there needs to be transparency and full and proper management of any outside interests."

Mr Case ordered colleagues to declare by the end of the week if they "come across" instances of senior civil servants with second jobs or outside interests "which might conflict with their obligations under the [Civil Service] Code".

This sets outs the rules on "honesty", "integrity", "objectivity" and "impartiality". 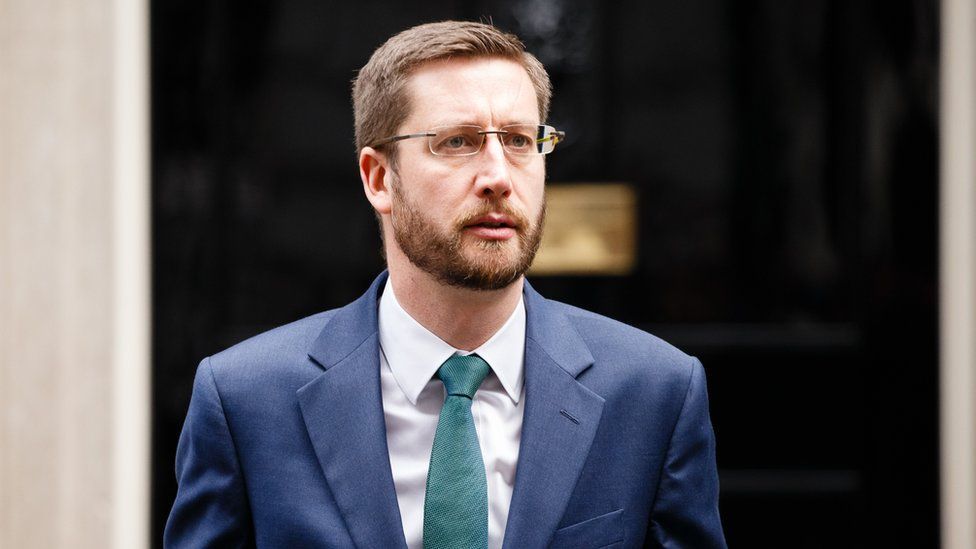 Mr Crothers joined Greensill as an adviser to its board in September 2015, while he remained a Civil Service employee.

Letters to the Advisory Committee on Business Appointments (Acoba) watchdog published on Tuesday show the move was approved by the Cabinet Office under its internal conflicts of interest policy.

Mr Crothers later went on to join the company as a director in late 2016, after leaving government in November 2015.

In a letter to Acoba's chairman, Lord Pickles, Mr Crothers wrote: "I am concerned that there may be a view that I did not follow proper process regarding my role with Greensill Capital.

"I assure you that I completely respect the required process and your office, took steps to comply, and believe that I did so."

He adds: "I was transparent about the move to Greensill Capital, and it was well known at the time."

But in a letter to the current head of the Cabinet Office, Lord Pickles said there had been a "lack of transparency" about the process - and called for more details.

Concerns about Greensill's access to government were sparked by revelations last month that former Prime Minister David Cameron had lobbied on behalf of the company after leaving office.

His efforts involved texting Chancellor Rishi Sunak and contacting other ministers about a government-backed Covid loan scheme on behalf of the firm.

Along with the company's founder, Lex Greensill, Mr Cameron also met Health Secretary Matt Hancock for a "private drink" in 2019 to discuss a new payment scheme for NHS staff.

The former prime minister began working as an adviser to the company in August 2018, two years after leaving Downing Street in July 2016.

Mr Cameron has said he did not break any codes of conduct or rules on lobbying, and welcomes the government's review.

On Wednesday, the Commons Treasury select committee said it planned to launch an inquiry into the "lessons" from Greensill Capital's demise.

Other parliamentary committees are reportedly considering bids to invite the former prime minister to give evidence.

A spokesman for Mr Cameron said he would "respond positively" to such requests "when the terms of reference of each inquiry are clear".