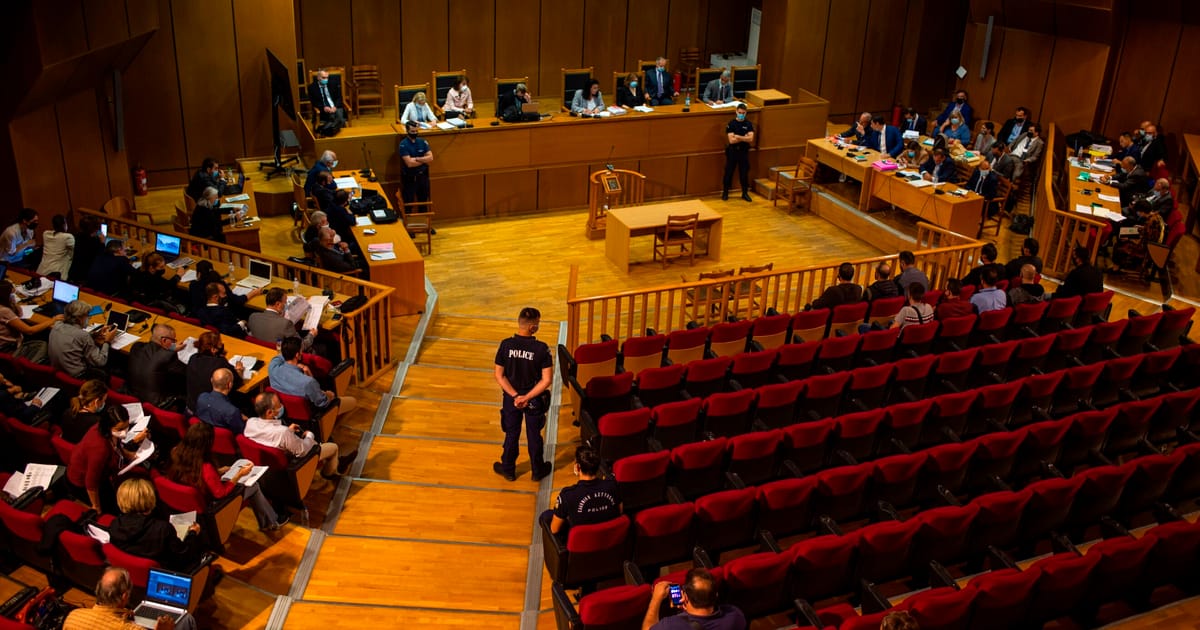 Dogiakos hits out at criticism of Greece’s handling of wiretapping scandal investigation.
Greece’s Supreme Court prosecutor lashed out against media criticizing Greek judicial authorities by comparing them unfavorably with the Belgian investigators handling of the Qatargate scandal. He called for an extensive tax audit of media organizations.

“It is not possible for a section of the press, taking advantage of an essentially completely ineffective press law, to turn and vilify anyone who, in the exercise of his duties, does not act in accordance with its wishes, its suggestions and even its dictates,” Isidoros Dogiakos said late on Saturday in the general assembly of the union of public prosecutors.

The comments by Dogiakos come after sustained criticism — primarily by left-leaning news outlets and opposition politicians — of the judicial authorities in Athens for their handling of an ongoing probe of a Greek wiretapping scandal. That criticism has reached a crescendo in recent days, with comparisons to the relative speed and efficiency with which Belgian authorities have acted in their investigation of alleged corruption at the European Parliament.

“In the Qatargate scandal, the Belgian prosecutor was methodical and effective. Why hasn't the same happened in the Greek wiretapping case?” the news website news247.gr said in a December 15 article with photo of Dogiakos.

Dogiakos suggested that some of the news operations "are not worthy to bear the once highly honorable title and status of newspaper or magazine editor," adding that they keep "secret their financial status on the basis of which they became publishers.”

“Perhaps, however, an extensive tax audit of these few will reveal many interesting facts about their professional activities,” the Greek prosecutor said.

Commentators and politicians have joined the chorus of criticism on social media, some of them echoing the slogan: “Bring on a Belgian prosecutor.”

“Belgium save us,” some others wrote, while Belgian investigative magistrate Michel Claise is becoming somewhat famous in Greece.

"How great would we be here in Greece, if we had the effectiveness of the institutions and prosecutors and the justice and political system of central Europe, of Belgium,” main opposition leader Alexis Tsipras said last week. "I am starting to envy this country."

Socialist leader Nikos Androulakis, speaking at the European Parliament on Tuesday, congratulated the Belgian authorities “who revealed the scandal as opposed to others who cover up scandals.”

The “Qatargate” probe, which has seen at least 16 house searches and four arrests, is inevitably compared to the handling of the Greek wiretapping scandal, which involves dozens of state officials, journalists and businesspeople allegedly been wiretapped with the use of state surveillance, as well as the malicious illegal spyware Predator. The conservative Greek government has been repeatedly accused of trying to cover up the scandal.

“It is not possible to mock and denigrate judicial and prosecutorial officials by comparing them to judges and prosecutors of foreign countries with different procedural systems against which, in their opinion, they are far inferior to foreign ones,” Dogiakos said.

The Greek judicial authorities have been criticized for focusing more on how the leaks end up in the press, rather than the scandal itself.

On Friday, it was revealed that another MEP, Georgios Kyrtsos, as well as investigative reporter Tasos Telloglou, who has been leading the revelations of the wiretapping scandal, have been under state surveillance. The revelation came after an audit was carried out by the Greek Authority for Communication Security and Privacy (ADAE), which visited the telecommunications company to check any surveillance order on the two numbers.

It was reported that Dogiakos tried to intervene and stop the audit of the authority. The prosecutor said he indeed contacted the telecommunications company and the Greek spy service during ADAE’s investigation, but claimed that he did not prevent the investigation, even though he does believe that the audit was not legal.

Kyrtsos was expelled from the ruling New Democracy party and was suspended from the European People’s Party earlier this year. He eventually left the EPP and joined Renew Europe.

According to officials, the surveillance of Kyrtsos was renewed nine times and took place both on his mobile phones and his landline.

Last Tuesday, four months after Greek prosecutors launched an investigation into the wiretapping scandal and the use of malicious spyware Predator and a year after the first snooping was revealed, police raided the offices of the companies involved in the purchase of spyware.

Prosecutors have also submitted official requests to the state spy service, asking it to confirm whether political figures, ministers and the heads of the armed forces were indeed under surveillance.
Add Comment