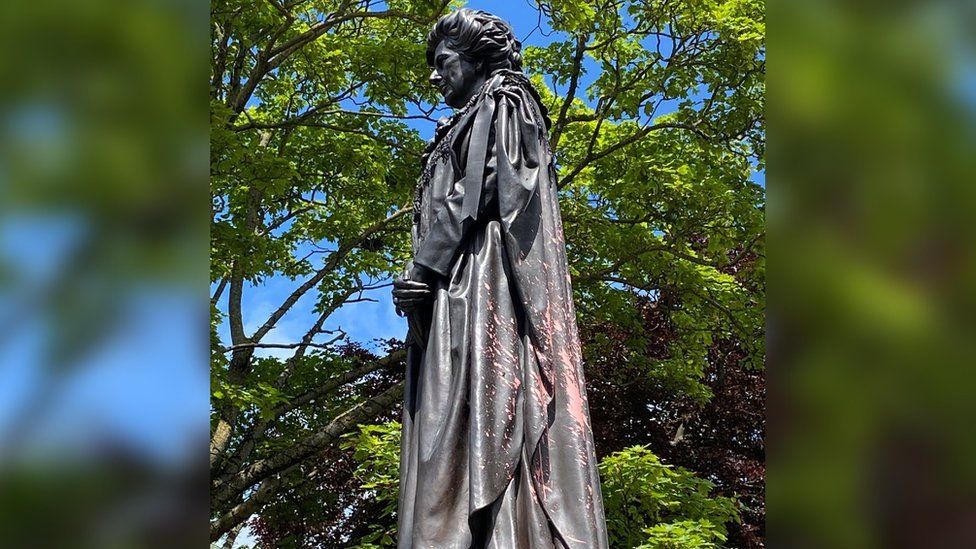 A statue of Margaret Thatcher erected in her home town has been vandalised two weeks after a man was fined for throwing eggs at it.

The £300,000 sculpture in Grantham was daubed with red paint and a hammer and sickle was painted on the fence protecting it.

University arts chief Jeremy Webster, 59, was fined £90 for egging the statue hours after it was put up on 15 May.

Lincolnshire Police said the defacement was being treated as criminal damage.

The bronze statue of the former prime minister was lowered into place in St Peter's Hill earlier this month, despite warnings it would be "egged" and draw boos from passing motorists.

It sits atop a 10ft (3m) high plinth under CCTV surveillance to minimise the risk of vandalism.

The sculpture was offered to South Kesteven District Council after plans to erect it in Parliament Square in London were rejected. 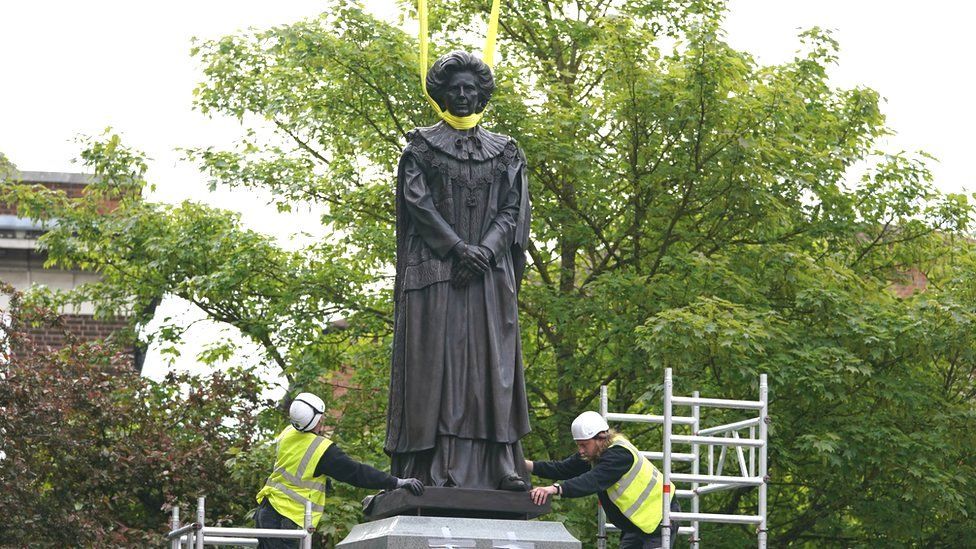 The only previous memorial to her in the town was a plaque on the corner of North Parade and Broad Street to mark where she was born.