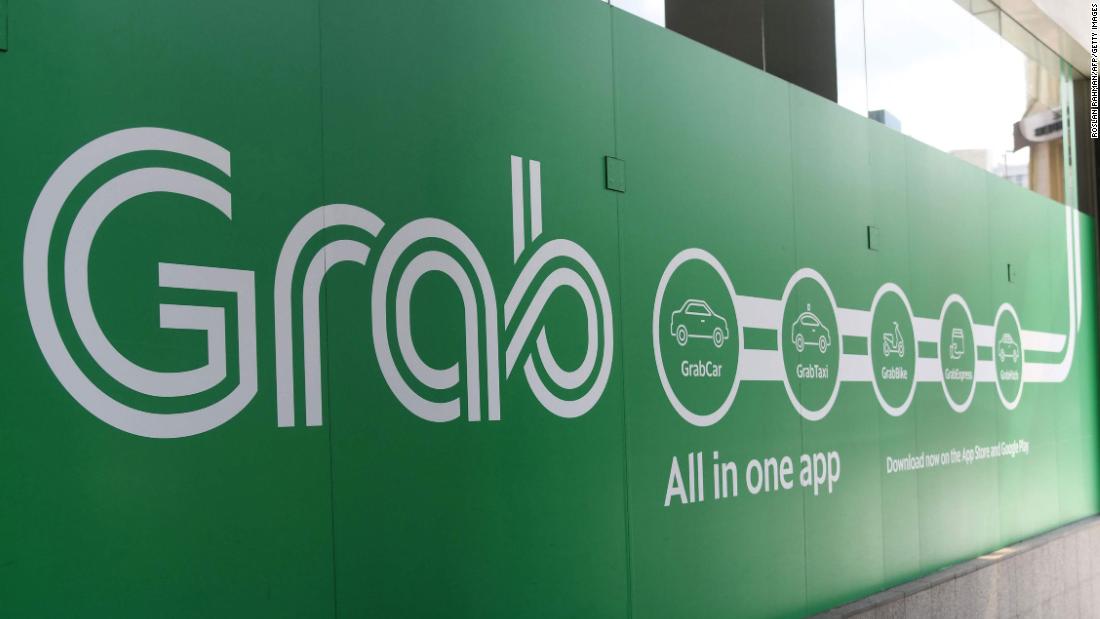 The Southeast Asian unicorn Grab had a rough first day on Wall Street. The Singaporean startup closed down nearly 21% Thursday as it began trading on New York's Nasdaq.

Grab went public by merging with a special-purpose acquisition company, or SPAC. The deal — in which Grab raised $4.5 billion, and was valued at nearly $40 billion — was the biggest of its kind on record, according to data provider Dealogic. It's also the largest US market debut by a Southeast Asian company.

The previous record was held by an Indonesian satellite company, which raised nearly $1.2 billion in 1994, according to data from Refinitiv.

Under the deal, Grab merged with Altimeter Growth Corp (AGC), a SPAC launched by Altimeter Capital, a US investment firm. Shares in the company, now trading under the ticker symbol "GRAB," opened up Thursday nearly 20% above Altimeter's closing price the day before.

But they soon reversed direction, closing at $8.75 per share.

Grab took a relatively unconventional road to market, albeit one that has gained popularity over the past year. Combining with SPACs used to be sneered at on Wall Street, but recently a slew of major companies have chosen to take the same route, including Playboy, DraftKings, and electric vehicle startups Lucid Motors and Arrival.

SPACs are shell companies with limited or no operating assets. They usually go public solely to raise money from investors that is then used to buy existing businesses.

Regulators, though, have stepped up scrutiny of the process. The Securities and Exchange Commission, for example, has tightened its accounting guidance for SPACs, while lawmakers in Congress held a hearing on the matter.

That attention has caused SPAC activity to plummet, and more regulation could be on the way: Bills to tighten rules around SPACs are currently making their way through Congress. One proposal would compel blank check firms to disclose to retail investors the risks of backing shell companies, while another bill could boost their liability for making false or misleading forward-looking statements.

Co-founders Anthony Tan and Hooi Ling Tan rang the exchange's opening bell in Singapore on Thursday night in a ceremony including Grab drivers and merchants.

The Malaysian entrepreneurs, who share a surname but are unrelated, founded Grab in 2012. It quickly soared to become Southeast Asia's most valuable private company.

Grab acquired Uber's Southeast Asia business in 2018, and has since expanded into a variety of other services, including food delivery, digital payments and even financial services.

In recent years, the firm has cast itself as a "super app," letting users do everything from booking rides to taking out insurance and loans. More than 25 million people use the app each month to make a transaction, across 465 cities in eight countries.

In an interview Thursday, chief financial officer Peter Oey said that the company would use the proceeds from the listing to double down on its existing playbook.

Oey argues that there is still "huge opportunity" to grow the firm's core businesses at home. Grocery delivery services in the region are still in their infancy, he said. Meanwhile, ride-hailing in the region is far less established than in China, he added.

Oey also did not rule out the possibility of doing more mergers and acquisitions, noting that "strategic opportunities will come up."

Grab has previously said that it chose to go public in the United States, rather than in Southeast Asia, because it wanted to tap into a larger investor base.

But Oey said Thursday that the company wouldn't rule out the possibility of listing on another exchange at some point. "We're open to Southeast Asia and other opportunities," he added.

Still, the executive emphasized that the company would take it one step at a time.

"For us right now it's [about] making sure that we execute the business and stay focused, and support those shareholders who are in the ride with us," said Oey.