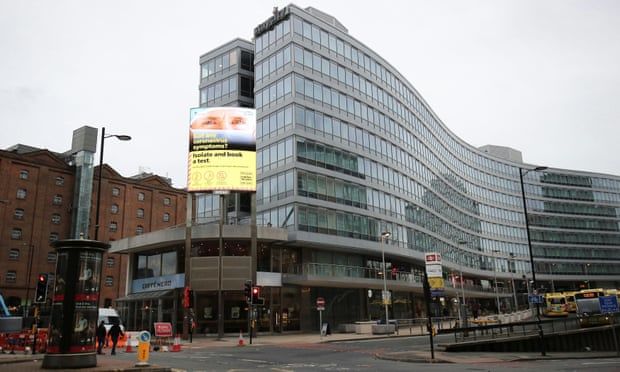 Government planning ‘to put HS2 on stilts through Manchester’

Swathes of central Manchester could be blighted by viaducts looming over the homes of thousands of people because the government has refused to fund an underground station in the city centre, Andy Burnham has warned.

This week the government said it would build a new surface station in Manchester for HS2 and Northern Powerhouse Rail, a partly new line to Leeds via Huddersfield. It will be situated next door to the existing Piccadilly station, which does not have platforms long enough to accommodate HS2’s 400-metre trains.

Burnham, the mayor of Greater Manchester, had asked the government for a multistorey interchange with underground platforms, which would allow trains to travel through the station.

This was refused, with the government saying it would cost £4-£5bn more than a surface station and take seven years longer to build. Instead, the new station will operate as a “turnback”, meaning an HS2 train may arrive from London and the driver would change ends to leave the station for the onward journey.

“Several of the busiest through stations on Europe’s high speed networks, including the main stations in Frankfurt, Stuttgart, Zurich, Milan and Rome, operate on the same principle, with hundreds of high speed through-trains each week reversing in their platforms during their journeys,” the government’s Integrated Rail Plan said. 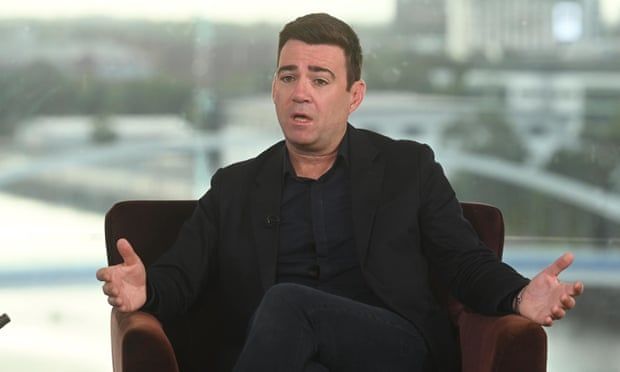 Andy Burnham said viaducts could blight much of central Manchester.

Burnham said he would fight the decision. “The government said [building an underground station] would delay HS2 by seven years. I don’t know if that’s true, but assuming it is, we would rather wait seven years and get something which is right for the next 100 years and more.”

He demanded the government clarify how it planned to build the new section of NPR track, which is to run from Warrington to Marsden in West Yorkshire, stopping at the new Manchester station.

HS2 comes into Greater Manchester through a tunnel from the airport, which runs under south Manchester and surfaces on a viaduct in the Ardwick district. Burnham fears further viaducts will need to be built to carry the new NPR track out of the city towards Yorkshire, causing massive disruption to thousands of people and taking up acres of prime real estate.

“It’s the sort of thing they build in China for brand new cities, but the difference is they are building on empty land. East Manchester is home to long-established communities of thousands of people who would be underneath this line,” he said.

Graham Stringer, Labour MP for the Manchester seat of Blackley and Broughton, said the government’s new plan amounted to “putting HS2 on stilts through Manchester”. He asked Grant Shapps, the transport secretary: “Will he do an assessment of the impact that putting HS2 on stilts through Manchester will have on potential regeneration? HS2 will bring regeneration, but if we put it in the air like that, it is most likely to sterilise the areas on either side. He would not have put Crossrail on stilts in Greater London.”

Defending the Manchester plans, Shapps said: “If we spend £6bn or £7bn building the station underground at Manchester, we will take away from Liverpool, Leeds, Hull or some of the other places that are calling for money … Manchester is a principal beneficiary of this entire programme and we wish his constituents well in their new journey times.”