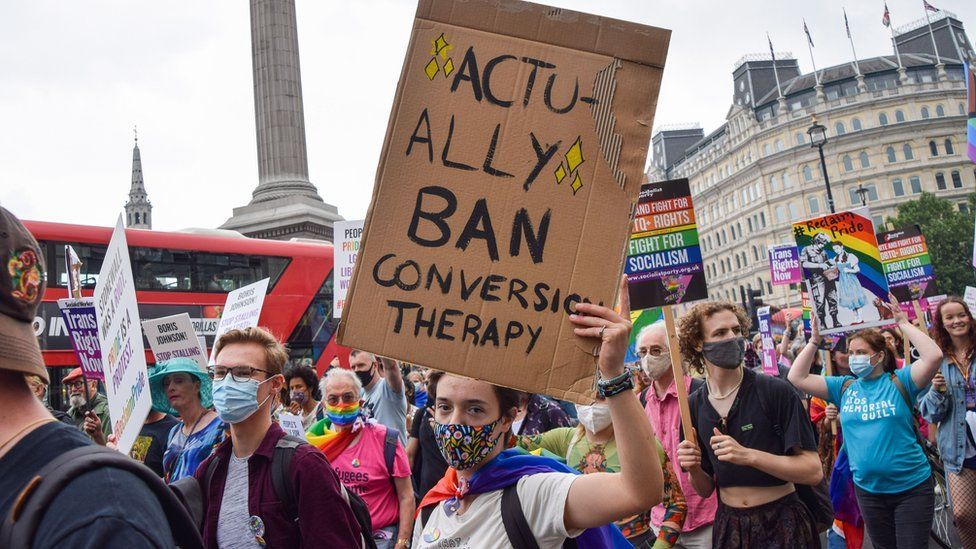 The government's LGBT+ business champion has resigned over the decision not to ban conversion therapy for transgender people.
Iain Anderson said he had "no choice" but to tender his resignation with a "heavy heart".

He had been appointed to focus on workplace equality for LGBT people.

The government said it had a proud record on LGBT rights and thanked Mr Anderson for his work.

It previously said it would consider the issue of transgender conversion therapy further.

In his resignation letter to the prime minister, Mr Anderson called for "tolerance and respect".

He wrote: "So many LGBT+ people continue to face violence and discrimination, but politics which creates dividing lines between LGB people and trans people will never be my approach.

"Now - more than ever - we need tolerance and respect in our national conversations."

He added: "Trust and belief in the government's overall commitment to LGBT+ rights has been damaged. I believe a comprehensive plan to support LGBT+ people to play their full part in our society is urgently needed."

Mr Anderson was appointed in September last year as the UK's first ever LGBT+ business champion, with a focus on reducing workplace discrimination.

The role was launched by the government in the lead-up to the UK's first international LGBT+ conference - named Safe To Be Me - and is an unpaid, non-political role.

It was thought the position would focus on creating a network of business people to share best practice on LGBT equality in the workplace and was set to last for an initial 18-month period.

The government said: "We thank Iain for his contributions as LGBT business champion. The government has a proud record on LGBT rights and we remain committed to building upon that work with sensitivity and care."

The government had promised to outlaw the practice but announced last week any ban would only apply to attempts to alter a person's sexuality, not attempts to try to change people's gender identity.

A spokesperson said the government would carry out "separate work" on the issue of transgender conversion therapy but it was keen for any legislative method brought forward not to have "unintended consequences", adding it was a "legally complex area".

The U-turn led to more than 100 organisations withdrawing from the Safe To Be Me Conference, which was due to be held in London over three days this summer.

The BBC understands that because of the number of organisations boycotting it, the government is considering cancelling the conference entirely.

The government previously said: "This is a legally complex area and we have a responsibility to ensure unintended consequences are not written into legislation, particularly in the case of under-18s."

She told BBC Radio 4's Today programme: "Doctors, therapists and parents would be deterred from exploring with a child any feelings of what else may be going on, for fear of being told they're trying to change a child's identity", adding it was "deeply concerning".

The Welsh government is now looking at legal advice to see what action it can take to ban trans conversion therapy.
#Boris Johnson  #Johnson
Add Comment 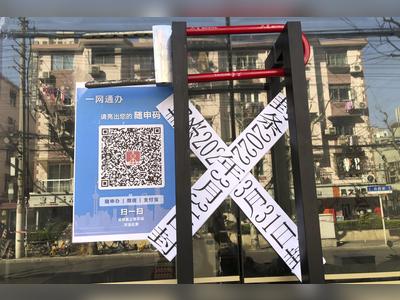