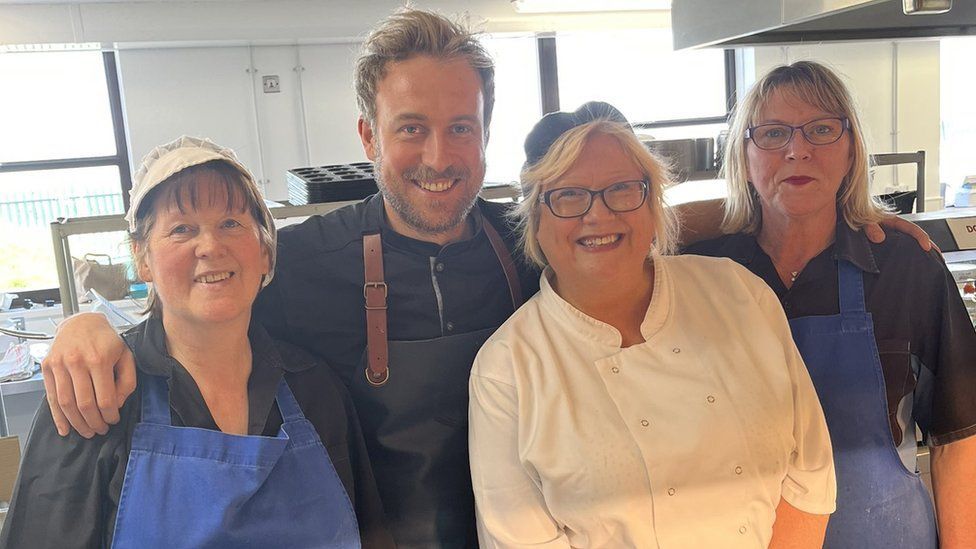 Celebrity chef Gordon Ramsay sent one of his own team to a short-staffed school canteen - after a plea on national radio.

Kitchen manager Tina Clarke called in after listening to the chef talk about his latest BBC TV show, Future Food Stars on the Radio 2 Breakfast Show.

She told presenter Vernon Kay she was "cooking on her own here" at Edward Peake Middle School in Biggleswade.

One of Ramsay's cooks, Rob Roy Cameron, put in a "brilliant" shift, she said.

Ms Clarke asked for help as she prepared school meals for 300 pupils at the Bedfordshire school.

She told the show: "I'm cooking here on my own, I work in a school kitchen and my chef has gone off sick and I have another one off with Covid, and I just wondered if Gordon would help me today and give me a hand?"

The TV chef immediately responded with: "If I did have the time I would be in Bedfordshire, I promise you in a heartbeat, I can send a chef if you wish?" 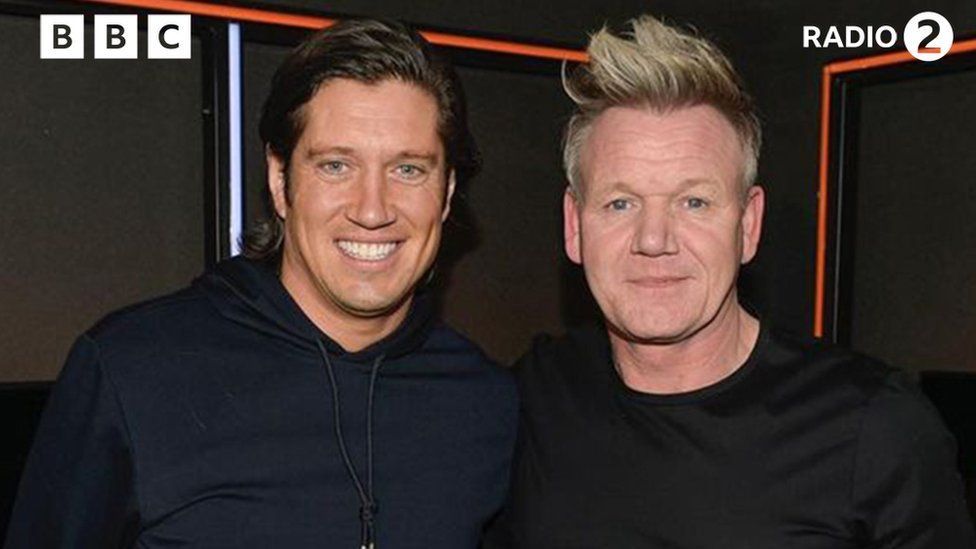 Ms Clarke said she was not really expecting him to send a chef and feared she would get into trouble at school.

"When I got a message saying your chef will be with you in an hour, I thought, 'Oh my God, I'm going to have to fess up to the head and I hope she doesn't give me detention or lines'," she said. 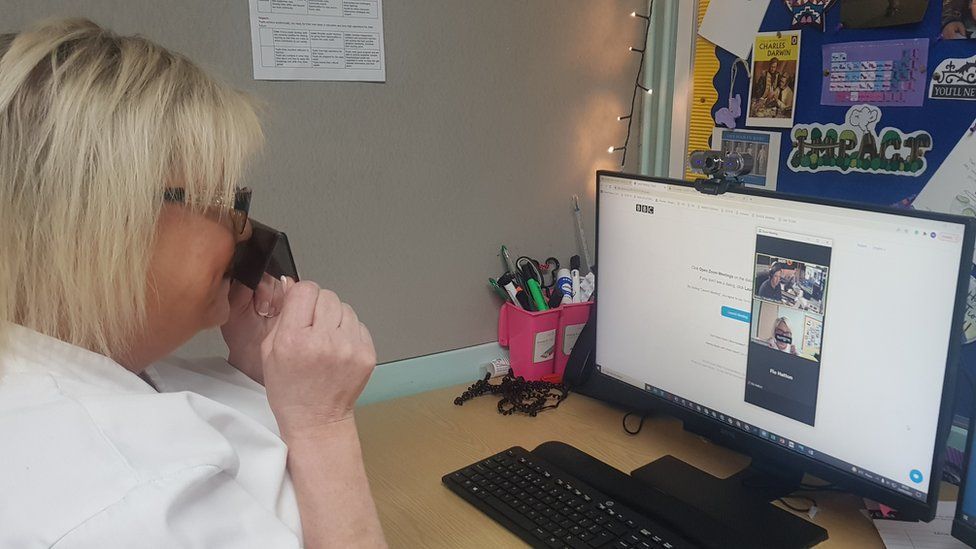 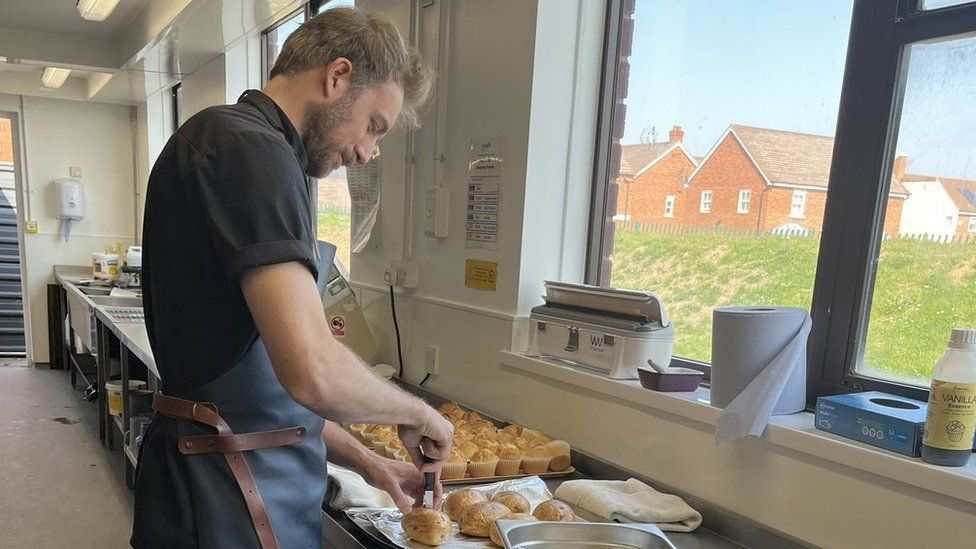 She said the head teacher, Miss Linington, allowed Mr Cameron into the kitchen, which "sent a huge buzz around the school, it was brilliant".

He was put to work straight away making cauliflower cheese for the Church of England school that teaches pupils in years five to eight.

"I'm sure he was terrified by having three menopausal women around him in the kitchen all day," she added.

"The kids were so excited." 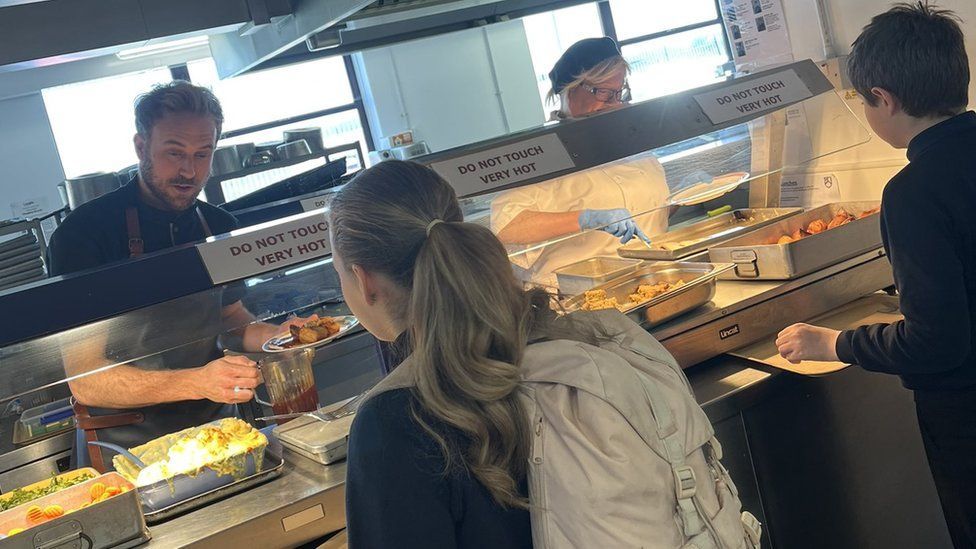 His food tasted "amazing" even though he was not allowed to use salt, to his shock, she added.

"We've never had so many visitors [in the kitchen]", Ms Clarke said.

She could not thank both the chefs enough, as well as her loyal staff, "Andrea, Mandy, Sharon and Louise".