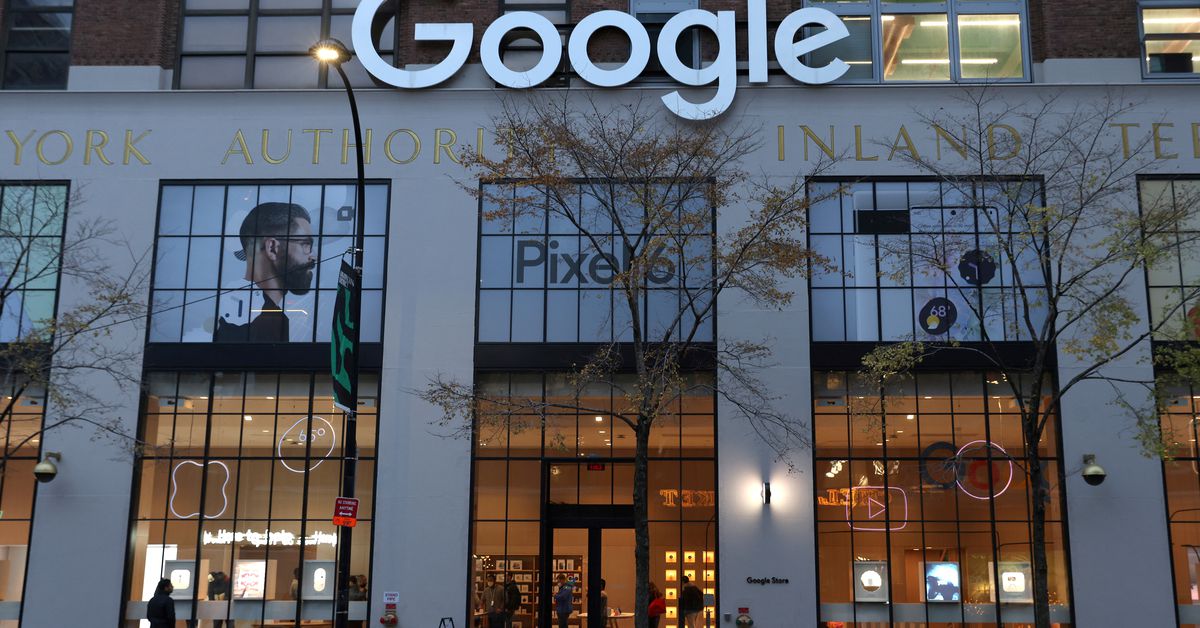 Alphabet Inc's Google this week introduced rules for inviting guest speakers to its offices, days after it canceled a talk by an Indian historian who has disparaged marginalized groups and their concerns.
The policy released Thursday is Google's latest effort to preserve an open culture while addressing divisions that have emerged as its workforce has grown.

Workers at Google and other big tech companies in recent years have clashed and protested over politics and racial and gender equity. Also, Alphabet, Apple and Amazon all face union organizing drives whose demands include that the companies adopt progressive policies.

The Google speaker rules, seen by Reuters, cite risk to the brand from certain talks and asks workers to "consider whether there's a business reason for hosting the speaker and if the event directly supports our company goals."

It calls for avoiding topics that could be "disruptive or undermine Google's culture of belonging" and reiterates that speakers are barred from advocacy of political candidates and ballot measures.

"We've always been proud to host external speakers at Google, as they provide great opportunities for learning and connection for our employees," Google spokesman Ryan Lamont told Reuters. The updated process will "ensure these events are useful and contribute to a productive work environment."

An email introducing the policy to managers said it unifies and clarifies a patchwork of guidelines.

Greater scrutiny threatens the free-flowing, university-like culture Google has prized since its inception. But a workplace viewed as more inviting could attract a more diverse workforce that might help Google develop products with broader appeal.

Rivals such as Meta Platforms also have policies for inviting speakers.

Disputes over speakers have roiled Google since at least April, when it said internal rancor prompted it to cancel a talk on India's socioreligious caste system by author Thenmozhi Soundararajan, who advocates for people disadvantaged by caste prejudice.

Members of an internal Hindu group had complained about Soundararajan, describing her rhetoric as inflammatory, a charge she calls bigoted.

At least one of the critics suggested inviting for balance Rajiv Malhotra, according to an internal message. Malhotra, a tech entrepreneur turned self-described contrarian author, has labeled activists such as Soundararajan as "snakes" and criticized affirmative action policies that promote lower caste groups.

The Hindu group at Google eventually scheduled Malhotra to speak about India's positive global influence, according to an invitation. But organizers canceled Nov. 10, the day before the planned talk at Google offices in Silicon Valley, according to a follow-up announcement.

Some workers complained to senior management about Malhotra, according to a message soliciting complaints. A linked document organized by Alphabet Workers Union, a labor organization that has been petitioning Google to name caste in its non-discrimination policies, noted Malhotra had described homosexuality as a medical condition and Islam as a destructive force.

Malhotra told Reuters he supports marginalized communities but opposes "politicizing of bias in ways that divide societies and make them vulnerable to foreign colonization."

Allowing his speech after canceling Soundararajan's would have amounted to a contradictory standard, according to messages between employees.

The new speaker policy states that workers "must submit a proposal and have it approved" by a "cross-functional" review team. Requests are due at least 12 weeks before an event.

"Await a response before making contact with the speaker and/or their representative," it says. "Failure to follow this process is a violation of Google policies."
Add Comment