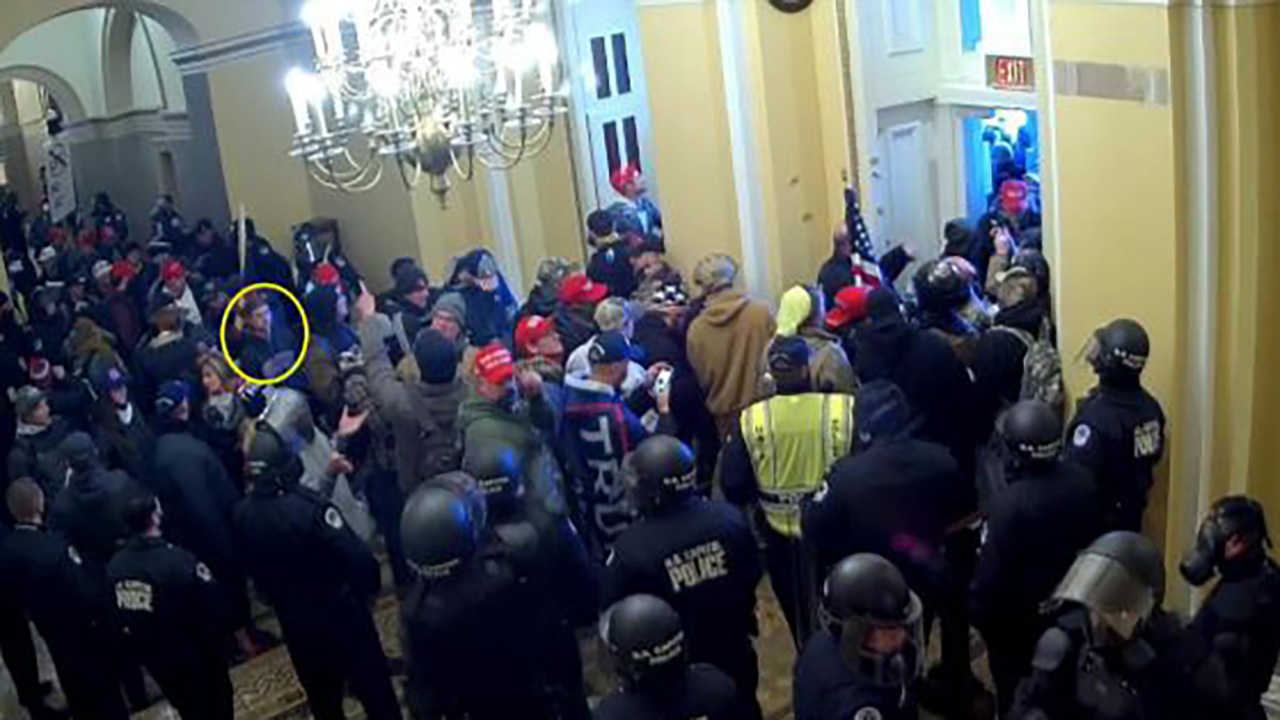 Google location data placed a suspect from Ohio inside the U.S. Capitol on Jan. 6, the Justice Department said, as court documents included a detailed map pinpointing spots where the man allegedly illegally entered and meandered through the complex with rioters that day.

The FBI identified 26-year-old Jared Adams by comparing his Ohio driver’s license photo to social media and surveillance video from inside the Capitol on Jan. 6, according to a statement of facts written by Tyler L. Schwab, a special agent with the FBI’s Joint Terrorism Task Force in Cincinnati.

He was arrested on March 9, The Columbus Dispatch reported.

A witness provided FBI agents with a screen recording of Adams’ Instagram story that “includes close-up video of individuals breaking in to the Capitol, photos of Washington, D.C., landmarks, and statements including ‘We stormed the Capitol building and the senate today! I can tell my grandchildren I was there!’” according to the complaint filed in the U.S. District Court for the District of Columbia. 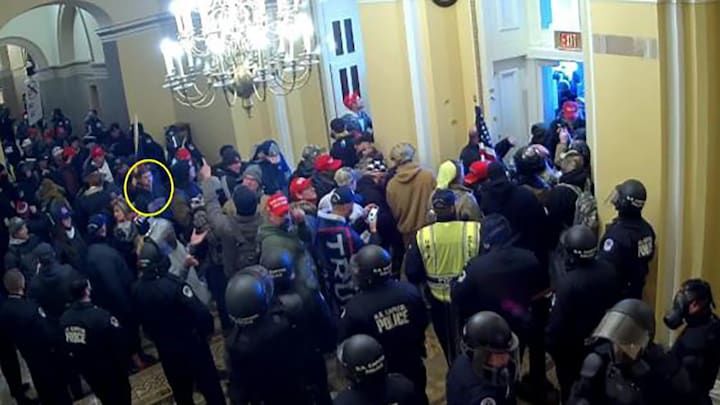 It also includes video of a crowd walking toward the Capitol, and someone – who seems to be the person holding the camera – can be heard saying that they were going to break into the Capitol and that the Capitol Police better have enough pepper spray, court documents say.

Records “lawfully provided by Google” reveal that the mobile device associated with jokerschild1994@gmail.com belonged to a Google account registered in the name of Jared Hunter Adams, the court documents say. The Google account also lists a recovery SMS phone number that matches the same phone number. 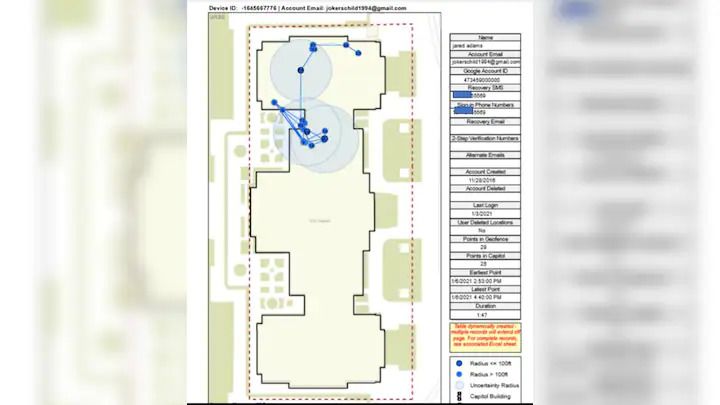 As illustrated in the map, the listed locations encompass areas that are partially within the U.S. Capitol Building during 2:53 p.m. until 4:40 p.m., according to court documents. Specifically, Google location data shows that a device associated with

“According to records lawfully obtained from Google, a mobile device associated with jokerschild1994@gmail.com was present at the U.S. Capitol on Jan. 6, 2021,” the statement of facts says. The documents also include a map listing the locations as encompassing areas partially within the U.S. Capitol Building between 2:53 p.m. and 4:40 p.m.

Google location data shows that a device associated with jokerschild1994@gmail.com was within the U.S. Capitol at the times and locations reflected by each darker blue circle. The “maps display radius” is reflected in a lighter blue ring around each darker blue circle. The listed locations were entirely within areas of the U.S. Capitol grounds, which were restricted on Jan. 6, 2021, the court documents say.