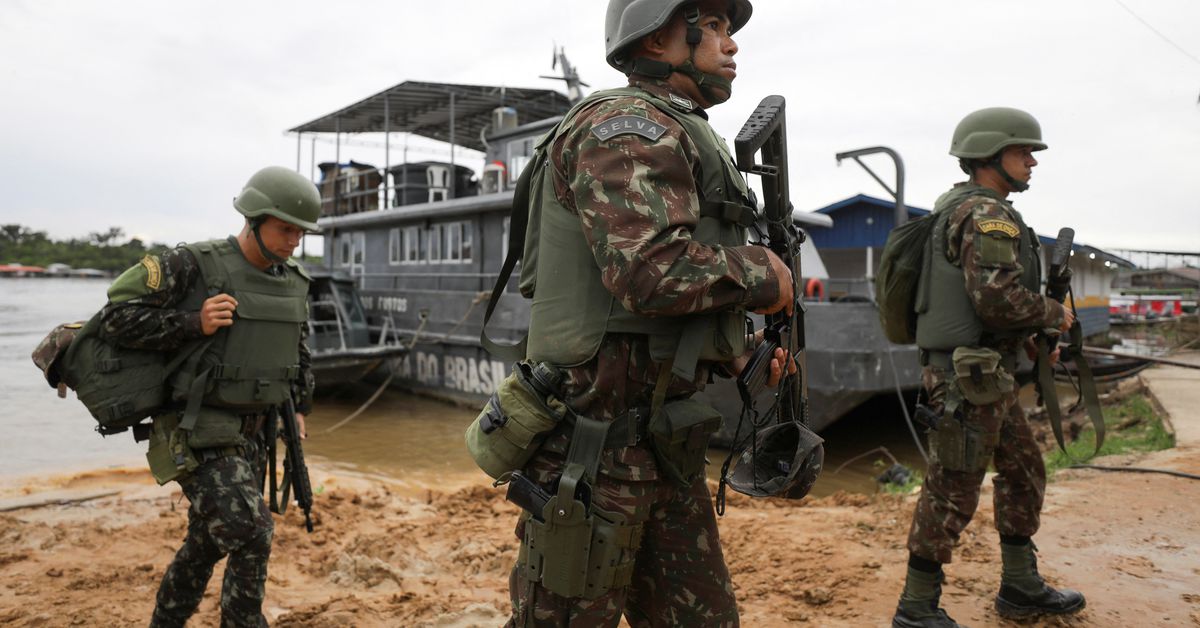 Brazilian police investigating the disappearance of a British journalist and an indigenous expert in the Amazon rainforest are focusing on people involved in illegal fishing and poaching in indigenous lands, three officers told Reuters.
Two of the officers are Amazonas state police detectives directly involved in the case, while the other is a senior Brazilian federal police officer tracking it closely. They requested anonymity to discuss an ongoing investigation.

"The principal criminal hypothesis at this point is that the people involved, and their motive, was related to illegal fishing and poaching activities in indigenous territories," said the federal police officer.

Witnesses said they last saw Dom Phillips, a freelance journalist who has written for the Guardian and the Washington Post, on Sunday. Phillips was traveling deep in a lawless part of the Amazon rainforest with Bruno Pereira, a former official with federal indigenous agency Funai.

Their disappearance has echoed globally, with politicians, celebrities, journalists and activists urging Brazilian President Jair Bolsonaro's government to intensify efforts to find them.

Brazilian Justice Minister Anderson Torres said he had told Vicky Ford, a senior British official responsible for Latin America, that Brazil would keep up the search for Phillips until it had exhausted all possibilities after meeting her on the sidelines of the Summit of the Americas in Los Angeles.

Torres said he had 300 hundred people, two aircraft and 20 boats conducting the search in what he called a "very difficult region".

"Even if you have 30 aircraft, one million people, it may not work," said Torres, who was also pressed to maintain the search at the summit by U.S. climate envoy John Kerry.

Phillips and Pereira were on a reporting trip in the Javari Valley, a remote jungle area near the Peruvian and Colombian border that is home to the world's largest number of uncontacted indigenous people. The wild, unruly region has lured cocaine smugglers, as well as illegal hunters and fishermen.

Fishermen and poachers travel deep into the Javari Valley, next to the border with Peru, to find protected species like the pirarucu fish, which are sold in regional markets in nearby cities such as Tabatinga. In 2019, Maxciel Pereira, who worked with Funai to shut down illegal fishing in the Javari Valley, was shot dead in Tabatinga.

As a former Funai official in the Javari indigenous reservation, Pereira often clashed with fishermen plundering protected fishing stocks and traveled the region with a gun. He had recently received a threatening letter from a fisherman, police told Reuters.

Police in the town of Atalaia do Norte have questioned several fishermen as witnesses and arrested one of them, a local fisherman called Amarildo da Costa, known locally as "Pelado." He has been charged with illegal possession of restricted ammunition. Police have said he was one of the last people to see the two men.

Federal police on Thursday said a forensic officer and state police were checking for "possible genetic material" on the boat with the reagent Luminol, which reveals blood stains. A detective in the case said police were investigating whether traces of blood found on da Costa's boat were human or not.

The senior federal police officer and one of the detectives said da Costa was suspected of involvement in illegal fishing. The detective said da Costa and various other local fishermen interviewed by police as witnesses worked for a man known as "Colombia," a big buyer of fish and game caught in the reserve.

Reuters was unable to contact or determine the buyer's formal name. Two residents in Atalaia do Norte told Reuters that "Colombia" lived across the border in Peru.

Da Costa's lawyer, Davi Oliveira, said his client was not involved in the disappearance of Phillips and Pereira and was only engaged in legal fishing.

Oliveira said he did not know if da Costa worked for "Colombia." Oliveira stepped away from the case late on Thursday, and it was not immediately clear who would take up da Costa's defense in court.
Add Comment