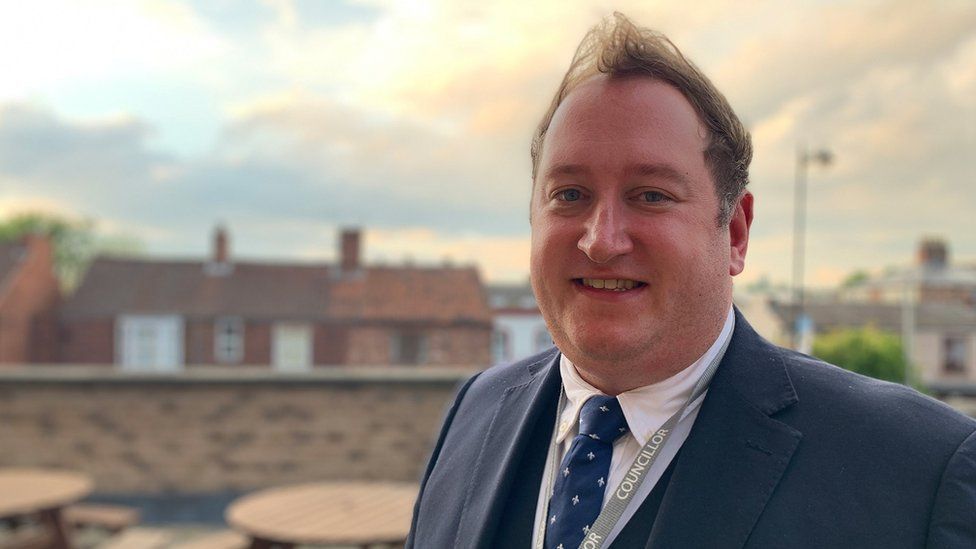 A former council leader who stole nearly £30,000 from Conservative Party coffers to fund his gambling addiction has been jailed for 14 months.

Giles McNeill, 40, cashed £20,000 of forged cheques and pocketed £9,365 in cash, including payments from members to attend a Boris Johnson speech.

Lincoln Crown Court heard McNeill stole the money over a six-year period between 2014 and 2020.

Judge John Pini QC described his conduct as "a gross breach of trust".

McNeill, who was leader of West Lindsey District Council from May 2019 to September 2020, was sentenced after he pleaded guilty to charges of theft by an employee, fraud by abuse of position and forgery.

Andrew Scott, prosecuting, said: "Over a period of six years between 2014 and 2020 he defrauded local Conservative associations and individual members out of almost £30,000."

His actions only came to light when Tracey Coulson took over as treasurer at the GCCA in 2019.

The court was told McNeill began gambling in 2013, with the situation becoming "acute" by 2016.

Hal Ewing, mitigating, said: "Rather than admit he was becoming overwhelmed his gambling addiction began to spiral out of control.

"In the end he was unable to deal with the demands placed on him."

Mr Ewing said references from fellow councillors, and MP Sir Edward Leigh, for whom he previously worked, made it clear "he was a hardworking and talented politician".

"He went into politics for the best of motives," he added.

"If the electorate cannot trust those elected then politics breaks down. Your conduct was a gross breach of trust over a number of years," he added.

McNeil, of The Chestnuts, Nettleham, near Lincoln, remained a sitting councillor for the Nettleham ward prior until his resignation last month.