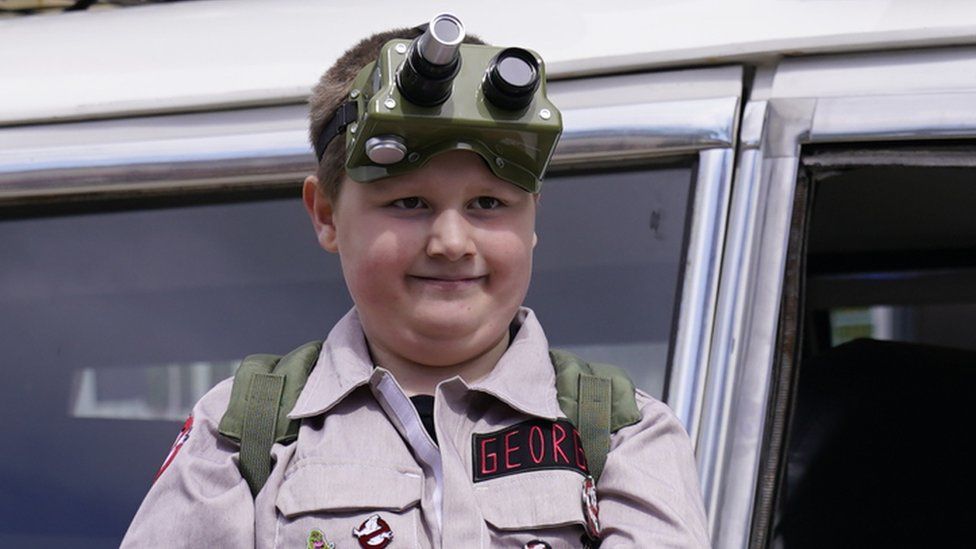 An eight-year-old Ghostbusters super fan has enjoyed an action-packed day hunting ghouls in a library in Leeds.

George, from Harrogate, has a rare form of congenital heart disease which means he was born with half a working heart.

The condition means he is unable to join in with some activities but said he had found a way to "face my fears and be brave" through the films.

His dream day involved a ride in the famous Ecto-1 vehicle before capturing a ghost at Leeds Central Library. 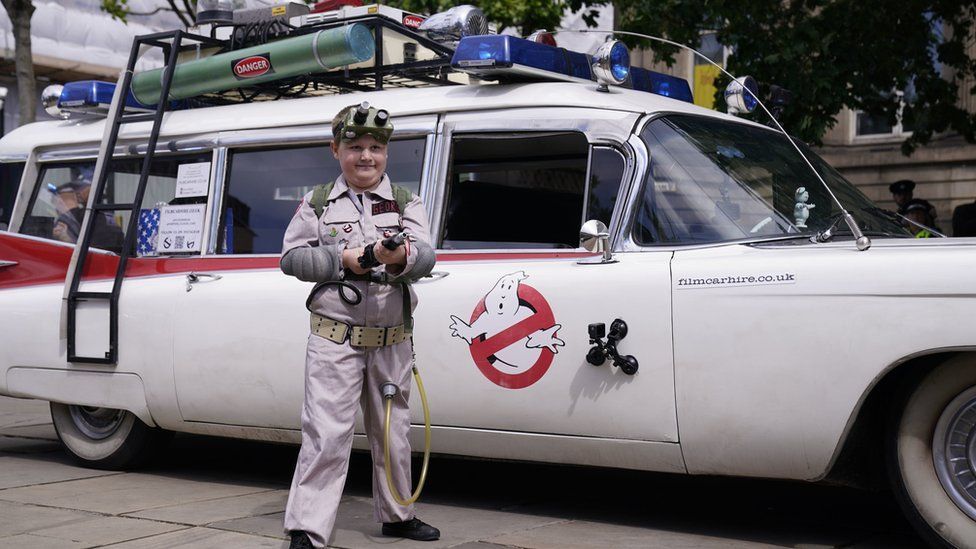 George, from Harrogate, has a rare form of congenital heart disease 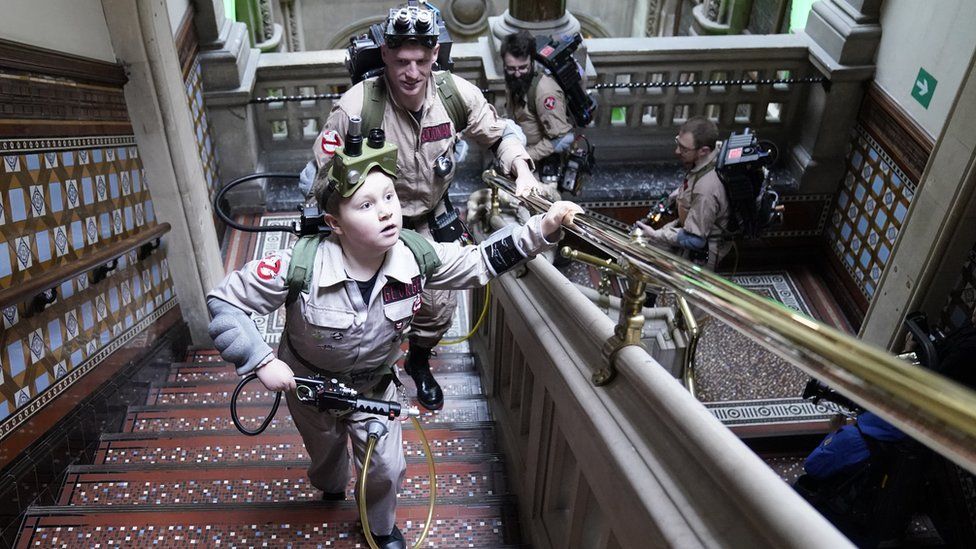 George was joined by a team of Ghostbusters at Leeds Library

Organised by the charity Make-A-Wish, George's mum, Jane, said: "Any parents who have a child with an illness or a disability, especially a disability like George's heart condition, life can be difficult for them.

"[Today has] really made us grateful and it makes you feel that you're not alone. So many people have come together to recognise what he's been through but also what families like us go through.

"It's given us something that George will take with him for the rest of his life." 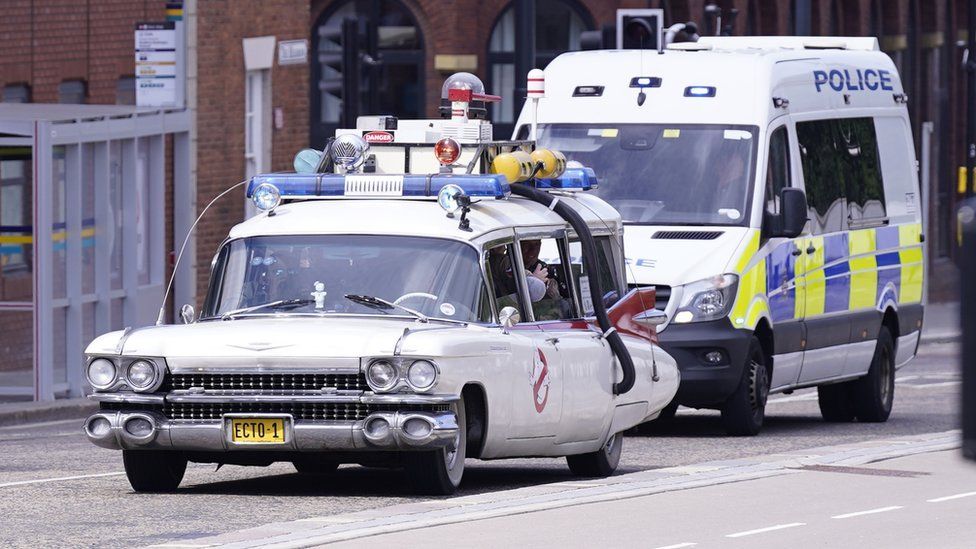 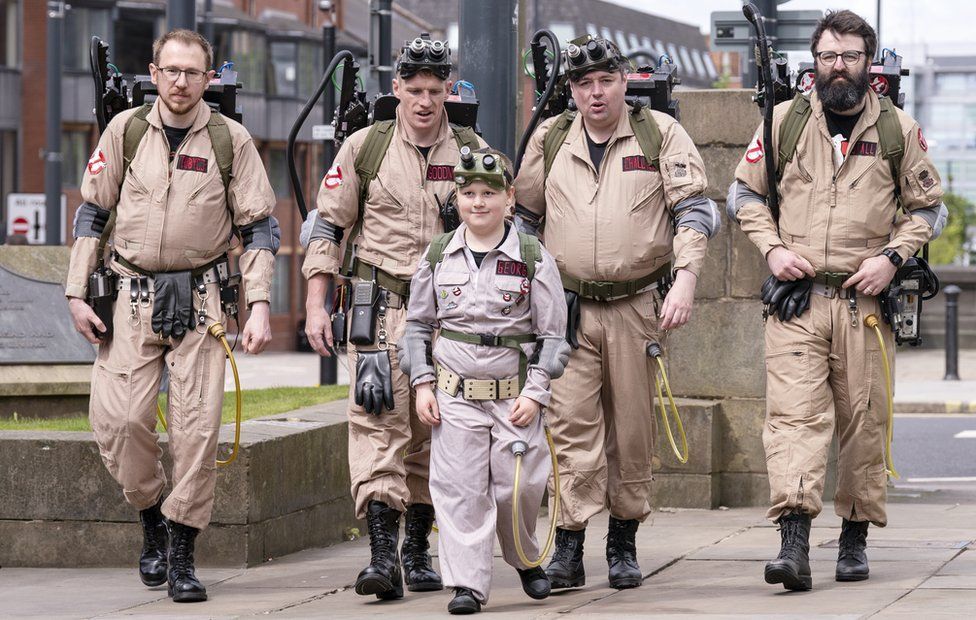 The day was organised by charity Make-A-Wish

George's day started when he and his family were given a police escort into Leeds, where George was met with a guard of honour from local police, before enacting a scene in the library, which had been decked out in a spooky fashion.

The young ghoul hunter led four other Ghostbusters through the library in search of paranormal activity, before capturing a ghost, taking it to West Yorkshire Police and receiving a certificate of thanks from the mayor.

He said the day had "amazing written all over it".

"We managed to find [the ghost] and then zapped all of it," he added

"It just means I can do anything and nothing is out of my reach, it really made me confident and I tried to not get scared." 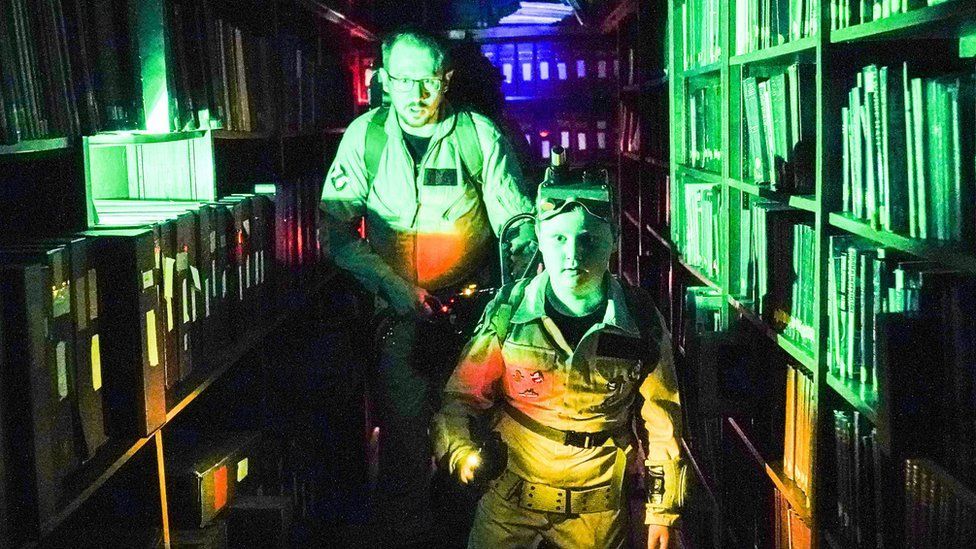 Leeds Central Library was given a spooky makeover for the event 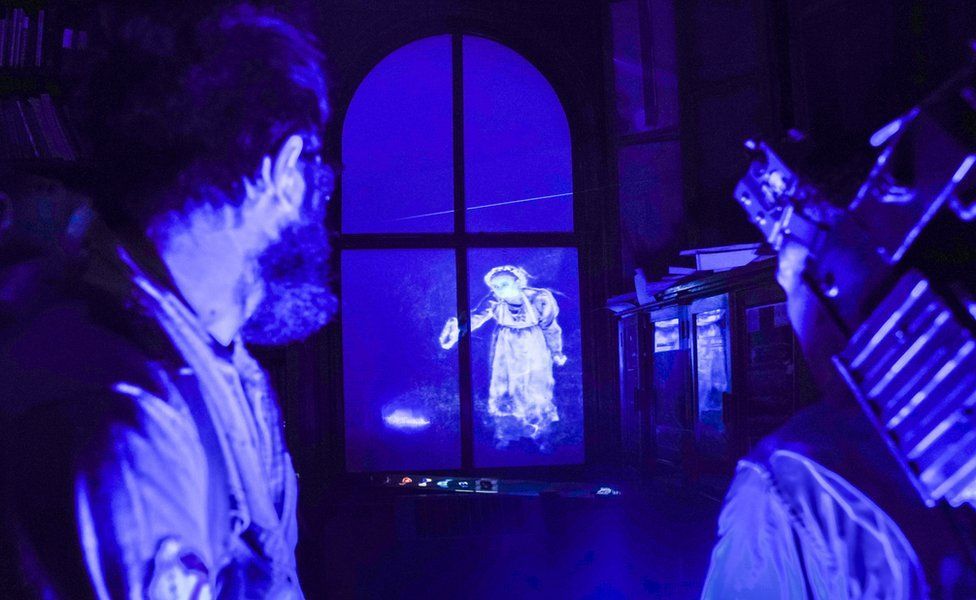 I ain't afraid of no ghost: George was challenged to capture a ghoul at the library 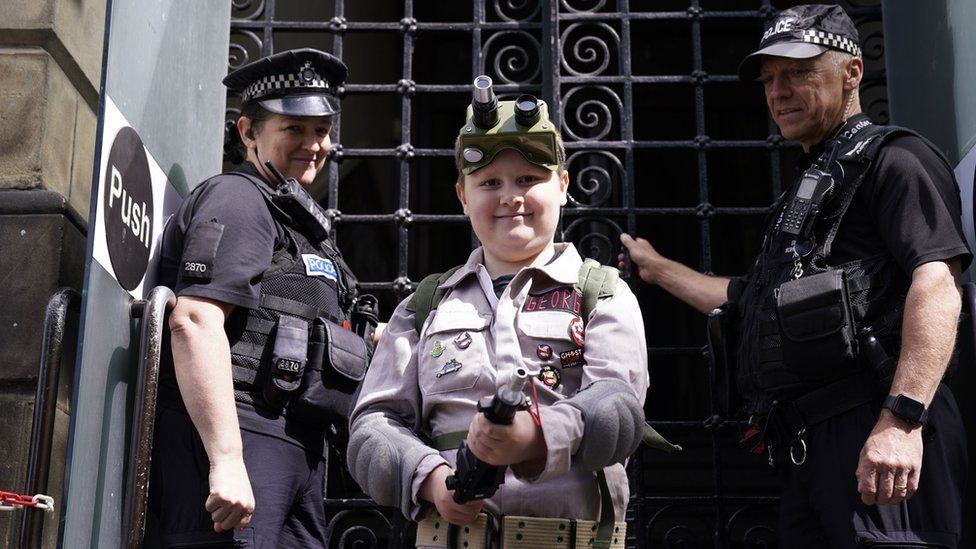 George said the day had "amazing written all over it"

George fell in love with the film franchise, which started in 1984, after watching the movies two years ago.

Speaking last week he said: "When I'm in hospital, it's a bit scary. But just like the Ghostbusters, I try to face my fears. I try to be brave."

Ahead of Sunday, George also received messages from members of the original Ghostbusters cast Dan Ackroyd and Ernie Hudson. 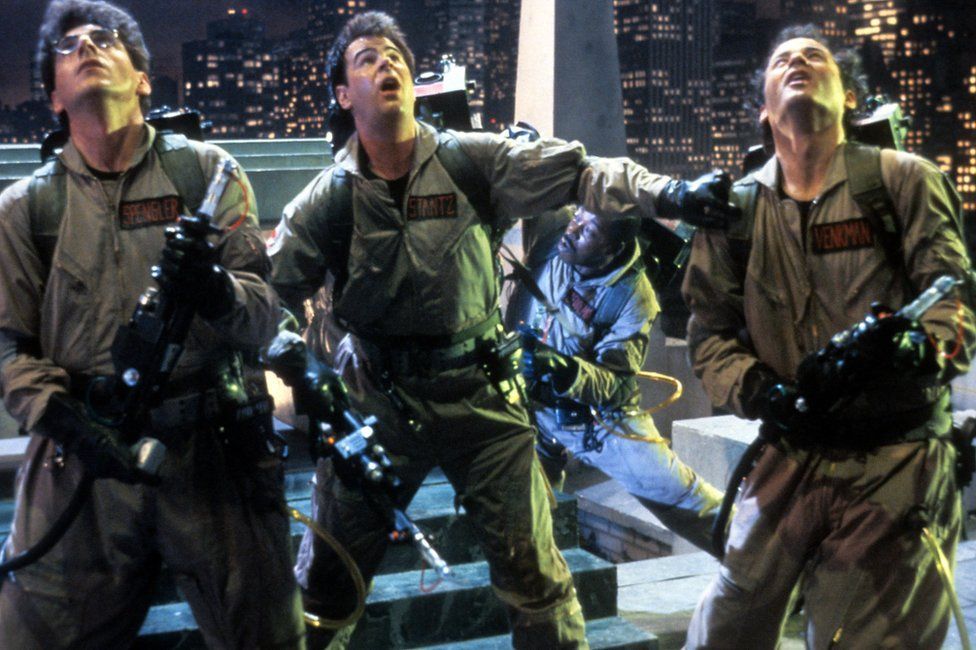 Joanne Porter, content manager at Make-A-Wish UK, said it had been a "phenomenal" day.

"We're just blown away by the number of people who gave their time and their venue and gifts to make George and his family extremely happy.

"Memories that will stay with all of us, I think, for a very long time."