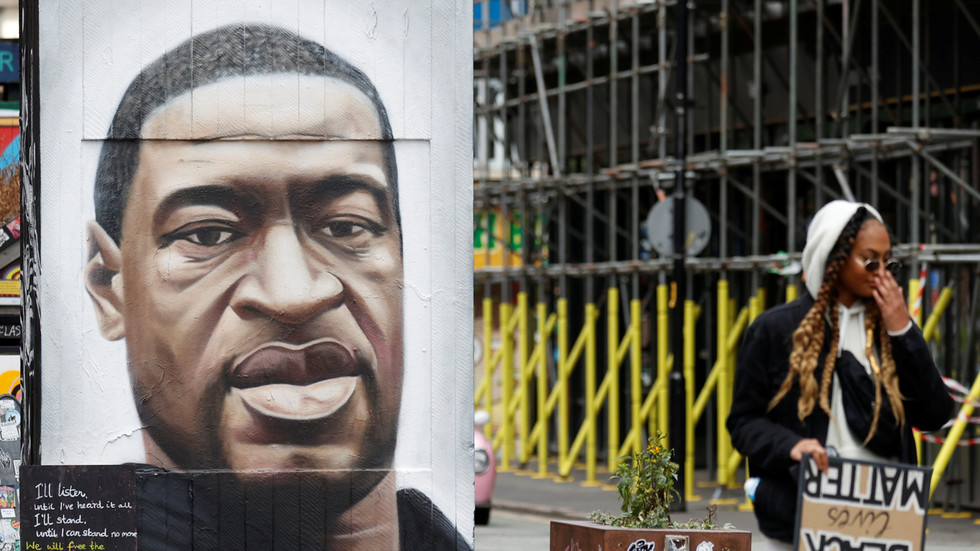 A George Floyd mural in Manchester, England has been defaced with racist graffiti after being targeted by vandals overnight Tuesday, provoking condemnation from local politicians and a police investigation.

The city’s council bosses have labeled the vandalism “utterly sickening” and are sifting through CCTV footage in an effort to find the perpetrators. Vandals are thought to have daubed the mural in Manchester’s ‘Northern Quarter’ district with a racist term sometime between Tuesday night and early Wednesday morning.

Akse – a Manchester street artist – created the mural in Stevenson Square, amid protests and demonstrations around the world sparked by the brutal death of Floyd in US police custody in May.

The offensive word was removed from the mural and the artwork was partly boarded up on Wednesday morning until repairs can commence. A hand-drawn sign was posted underneath the graffiti, saying: “Black Lives Matter! The UK is not innocent!”

Disgusting. A racist has defaced the George Floyd memorial in Stevenson Square. This is not how we act in Manchester. pic.twitter.com/bXYQ7Wtyvk

Deputy leader of Manchester City Council Nigel Murphy condemned the vandalism, saying “It is utterly sickening that this type of behaviour exists in our society.” He insisted local officials were doing everything they can to “find out who committed this abhorrent crime.”

Greater Manchester Police confirmed that they had “found racially aggravated criminal damage” in an area of Manchester city center and that an investigation was underway, with no arrests made so far.