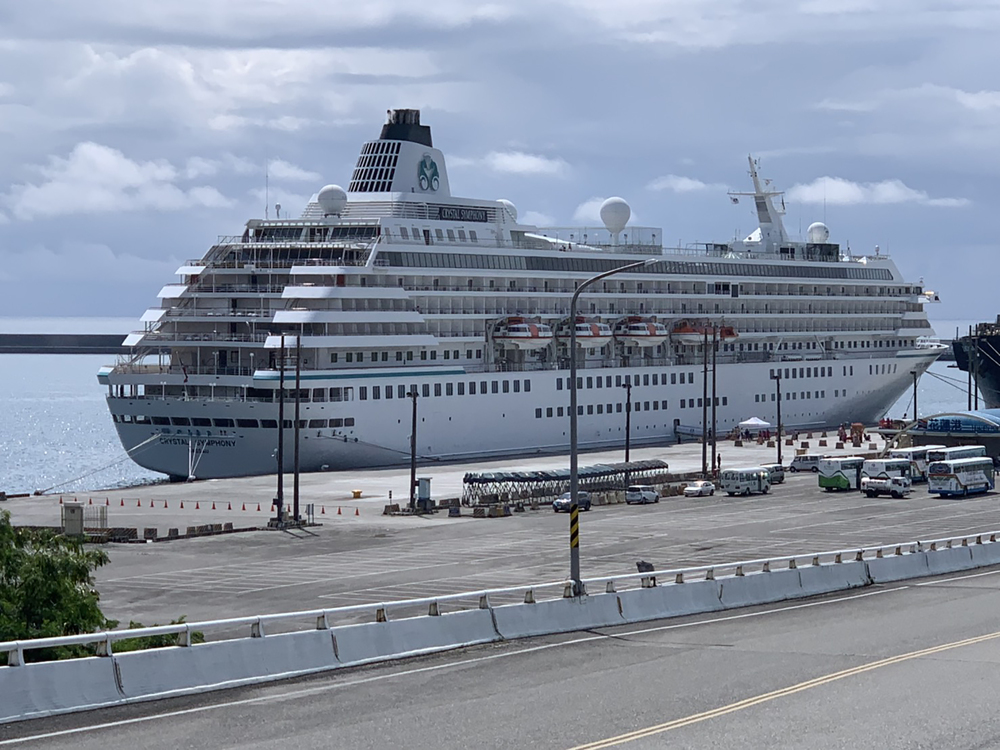 The Crystal Symphony, a luxury cruise ship operated by financially strapped Genting Hong Kong Ltd., will be seized to repay US$1.2 million in unpaid fuel bills if it docks in Miami Saturday, amid reports the vessel is being diverted to the Bahamas after a U.S. court issued an arrest warrant.
A U.S. Marshall and a court-appointed custodian are ready to arrest the ship if it comes into port as scheduled Saturday morning in the Florida port city, according to J. Stephen Simms, the lead attorney representing Peninsula Petroleum Far East Pte. Ltd. who said he has been told of the plan.

Peninsula Petroleum Far East filed a lawsuit in the U.S. district court seeking to recoup US$4.6 million in total unpaid fees for bunker fuel it has delivered to three of Genting’s ships since 2017. A U.S. federal district judge in Miami issued the arrest warrant for the Crystal Symphony Thursday, according to Simms and trade publication TradeWinds.

“The U.S. Marshall will be there with the arrest warrant if the ship shows up in Miami,” said Simms. “My good money is that it’s not landing in Miami, from what we’ve been told. Our client is determined to recover.”

Genting Hong Kong became the biggest cruise operator worldwide to seek court assistance to safeguard its assets during the pandemic when it said on Wednesday that it filed with the Supreme Court of Bermuda to appoint provisional liquidators after exhausting “all reasonable efforts” to negotiate with creditors and stakeholders. The company reported a record loss of US$1.7 billion in May as the pandemic ravaged the cruising industry. Its German shipbuilding subsidiary, MV Werften, went into insolvency last week.

Peninsula Petroleum said it delivered bunker fuel to another of the company’s vessels, the Crystal Serenity, as recently as Jan. 17 in Miami, according to the lawsuit filed in the Southern District of Florida court. It plans to seize the ship and sell it to recoup costs, Simms said.

Simms said he was told by Miami port authorities Friday that the Crystal Symphony no longer plans to dock in Miami early morning Saturday as scheduled. Port authorities had confirmed the information with the pilots of the liner, he was told. The vessel is now scheduled to dock in Bimini in the Bahamas, where a U.S. arrest warrant can’t be executed, said Simms. Passengers on the ship also confirmed the itinerary change.

Lisa Jimenez, a passenger on the Crystal Symphony posted on Facebook about the sudden change. “Does anyone want to guess why ?our ship, The Crystal Symphony, can now no longer disembark in Miami? We received noticed that we ?are being taken to Bimini, Bahamas, put on a ferry, and taken to the USA that way. Hmmmm.”

London property lawyer John Dresner posted to Twitter to appeal to Mundy Cruising, the U.K. travel site that he said booked his Bahamas trip, for help after the route change to the Bahamas. Passengers were told that the ship would divert to Bimini, where Genting operates a resort and casino, and that they would be ferried back to Fort Lauderdale on Sunday, SeaTrade reported.

Passengers on the Crystal Symphony, which has capacity of 848 berths, were on a 14-day voyage through the Caribbean, which started from Miami on Jan. 8 and was scheduled to return to the port on Jan. 22. Genting Malaysia Bhd, part of the Genting empire of companies held by billionaire Lim Kok Thay, operates Resorts World Bimini Bahamas.

Crystal Cruises has suspended its ocean and expedition trips through April and has halted its river cruises to the end of May, according to a statement earlier in the week. It is offering refunds. The company’s three vessels in operation will complete their current voyages, with the latest one ending its journey in Ushuaia, Argentina, on Feb. 4
#Facebook
Add Comment