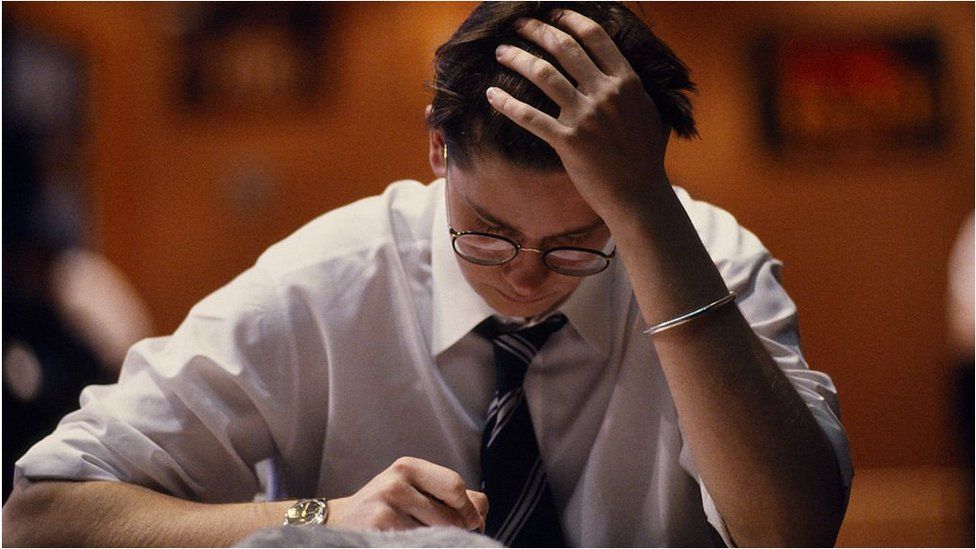 Teenagers in England will be given advance warning of some exam content next year because of disruption caused by Covid, the government says.

Teacher-assessed grades have been used for the past two years.

The headteachers' union said schools would be relieved - but that it placed "a great deal of pressure" on pupils.

Labour criticised the government for a "delay" in confirming a Covid backup plan.

Under plans confirmed by the Department for Education (DfE), AS and A-level students will be given some indication of the content exams will focus on, to help with revision.

There will be more changes to GCSEs - with formulae provided in maths exams, and equations in physics and combined science assessments.

In English literature, history and geography, schools will be advised to focus on a narrower range of content.

Advance warnings about content for both sets of exams will be issued by early February.

The DfE has also issued a back-up plan in the "unlikely" event that exams are cancelled.

It advises that, for subjects which are usually assessed with exams, schools assess pupils three times: in the second half of the autumn term, in the spring term and in the first half of the summer term.

It says these should be held "under exam-like conditions wherever possible" - meaning they should be timed, and without access to books and revision notes.

Julie McCulloch from the Association of School and College Leaders said having a contingency plan would mean a lot of extra work.

She said it would "probably" mean that students take both mock exams - which "may or may not count" towards their ' final grades - and formal exams.

"This is far from ideal and places them under a great deal of pressure," she said.

"But not having a contingency plan would risk a repeat of the chaos of the past two years, and therefore, on balance, this seems like the right course of action, and the confirmed set of measures appears to be sensible enough."

Two years of replacement grades, after exams were cancelled in the pandemic, have had significantly higher results for GCSEs and A-levels. 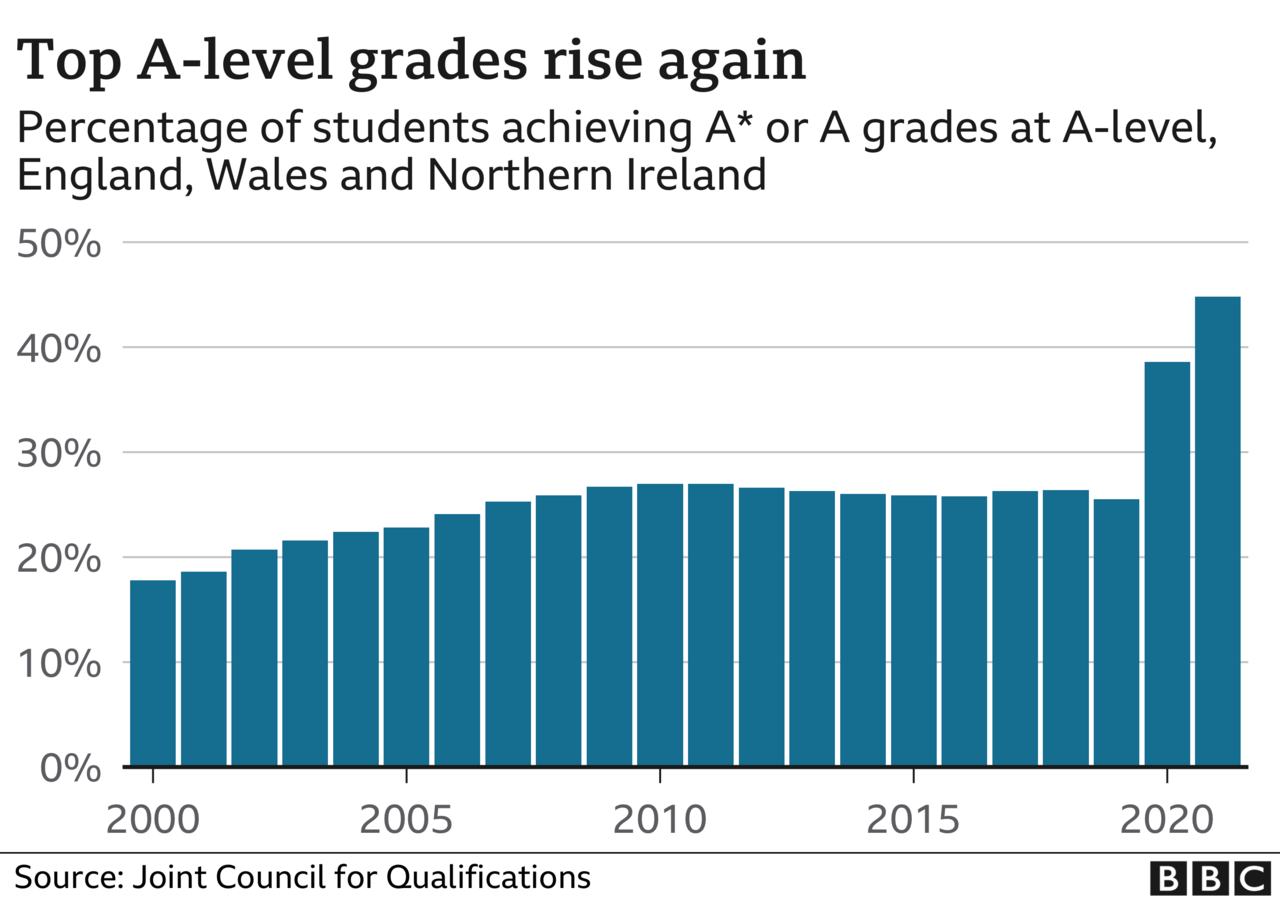 The cancellations mean that next summer more than 700,000 teenagers in England will sit high-stakes real exams for the first time in their lives.

The regulator Ofqual said overall grades would be moderated to be halfway between 2019 and 2021.

Jo Saxton, its chief regulator, said in a letter to students "exam boards will set the grade boundaries so that more students get higher grades in 2022 than before the pandemic".

She said this would provide a "safety net" for students who may otherwise "just miss out" on a higher grade.

"We have taken this decision to reflect the disruption that you as a cohort have experienced already in your course," she wrote.

Kate Green MP, Labour's shadow education secretary, said that students and teachers had already "had weeks of unnecessary uncertainty waiting for confirmation of assessment and contingency plans for 2022".

She said Labour had published a "plan B" for exams at the beginning of the academic year, adding: "The government's dither and delay has left teachers with less time and capacity to gather the samples of work needed."

Ministers have made clear they expect exams to go ahead in 2022, unless there are exceptional circumstances.

"The government believes that exams and other formal assessments are the best and fairest means of assessment, and the government's firm intention is that students will take national exams in summer 2022, set and marked by the exam boards," the DfE said.