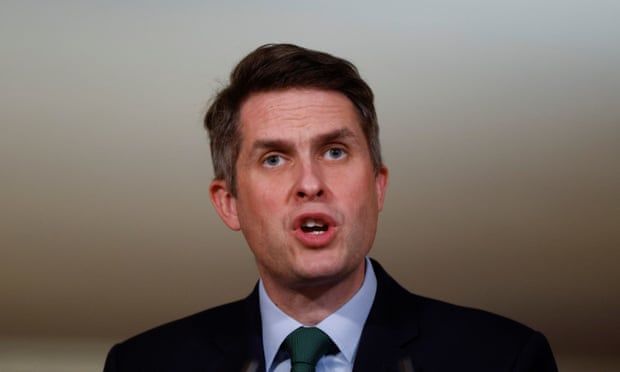 School leaders reiterate opposition to ‘forced academisation’, arguing funding shortages are more pressing
The education secretary has said he wants to end the “pick and mix” of school types in England, unveiling a push to get more state schools managed by autonomous trusts rather than headteachers and parents.

With about half of England’s state schools still locally governed, Gavin Williamson wants more of them to become academies and join multi-academy trusts (Mats) as part of the government’s main policy for school improvement.

However, school leaders reiterated their opposition to “forced academisation”, arguing the structural changes are an unnecessary additional distraction given all the other pressures facing schools, particularly funding shortages.

Announcing the policy on Wednesday, Williamson told the Confederation of Schools Trusts conference: “I’m not saying that every academy is a world-beater, the performance of academies varies like that of all schools. But through the support of strong multi-academy trusts, we have seen many previously underperforming local authority-run schools transformed after becoming sponsored academies.

“I want to see us break away from our current ‘pick and mix’ structure of a school system and move towards a single model, one that is built on a foundation of strong multi-academy trusts, and I’m actively looking at how we can make that happen.”

Williamson announced a form of temporary Mat membership for maintained schools or standalone academies, allowing a trial “for some of those schools that have nervousness” about joining a trust, and a push by the Church of England and the Catholic education service to corral more of their schools into Mats.

But Williamson’s policy was criticised by school leaders, including Paul Whiteman, the general secretary of the National Association of Head Teachers, who said the nearly 50% all pupils taught in locally maintained schools should not be penalised by the government.

“For some schools, converting to academy status can be a positive step and we continue to support the right of schools to choose to convert where it’s in the interests of the school and the community it serves,” Whiteman said. “But we remain strongly opposed to forced academisation.

“Now is not the time for the government to begin obsessing about different types of structures again – there is already enough to do without additional distractions,” he added.

“The most important thing the government could do is to properly fund and resource all schools, regardless of the name over the gate, and to invest in and support all teachers to deliver great teaching in the classroom.”

Williamson also repeated his support for headteachers barring pupils from using mobile phones in school, and announced a new survey of teachers to gauge the levels of misbehaviour in classrooms.

The Department for Education said the national survey starting next year would give “a termly snapshot of the state of behaviour in schools, including disruptive behaviour and bullying”. It said the survey would not identify individual schools, with only national data published.

But Geoff Barton, general secretary of the Association of School and College Leaders, described Williamson’s remarks as “thin gruel”.

“The government would be better off reinstating the local support services for struggling families that were lost through its austerity cost-cutting programme and providing sufficient funding to schools for the pastoral support which is so important in preventing behaviour problems from escalating,” Barton said.

“Perhaps most dispiriting, as we emerge from a national crisis that has further widened the gap between advantaged and disadvantaged children, is that the secretary of state for education thinks that tinkering with structures, issuing surveys and fixating on mobile phones represents any part of the solution.”
Add Comment