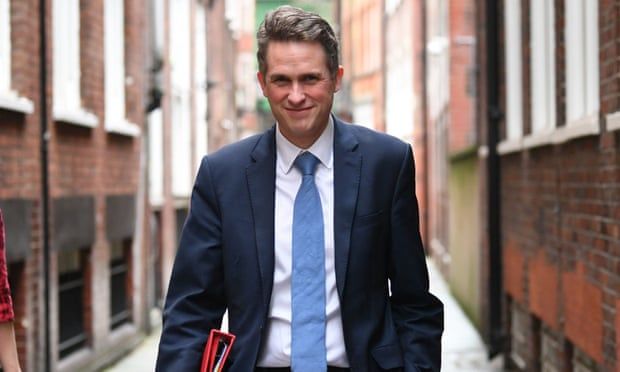 After crossing the floor to join Labour on Wednesday, the Bury South MP alleged that party whips told him he would lose funding for a new high school in his constituency if he did not vote with the government. At the time, he did not say who was responsible.

Wakeford later identified Williamson, a former chief whip, in an interview with the Sunday Times. Recalling the alleged confrontation, he said Williamson had pulled him out of the House of Commons dining room and told him: “It’s not very helpful to back an opposition [motion] against the department where you’re wanting an extremely large favour from said department, so do consider what you’re doing.”

Wakeford added: “I know the maxim is ‘once a whip, always a whip’, but yeah, that one was Gavin.”

The incident is said to have occurred in October 2020, when MPs were planning to vote on a plan to extend free school meals into the school holidays, a campaign initially spearheaded by England footballer Marcus Rashford.

Wakeford abstained after the alleged conversation with Williamson. The following February, the Department for Education approved plans for a new school in Wakeford’s constituency, one of four new free schools in Greater Manchester.

In response, Williamson told the paper that he did not remember any such conversation taking place with Mr Wakeford. “I don’t have any recollection of the conversation as described but what I do remember is working tirelessly with Christian and others in order to be able to deliver this school, which I did,” he said.

“Such major investment decisions are made after close analysis of the benefits that the investment will bring and certainly not something that can be decided in a brief conversation like the one described.”

The claim comes as William Wragg, the senior Tory who first raised concerns about the intimidatory tactics used by the whips against MPs calling for Boris Johnson to resign, is to meet police to discuss the issue.
#Boris Johnson  #Johnson
Add Comment