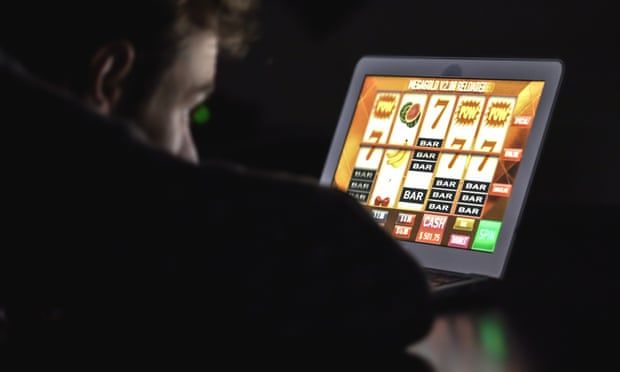 Gambling companies feed on addiction and misery. Why are MPs helping them?

Politicians should be pushing back against the harm caused by bookmakers, not enjoying their hospitality, says fairer gambling spokesperson Matt Zarb-Cousin
The Blair government’s 2005 liberalisation of gambling laws was intended to be a two-sided deal. Regulation of gambling firms would be overhauled and liberalised, and in return they would operate as businesses within the UK, pay tax and be subject to domestic regulation. The gambling firms had other ideas, and moved offshore anyway – where they set up in tax havens like Gibraltar and the Isle of Man.

The Gambling Act might have been intended to turn Britain into the gambling hub of Europe, but it succeeded only in making us a leader in the amount of money we lose. We continue to export billions to gambling operators offshore, and with it jobs and corporation tax revenue. We then effectively import the cost of gambling harm, which Public Health England estimates to be £1.27bn a year. This exploitative mess has no upside for the country.

After Geoffrey Cox landed in hot water following revelations he worked for a tax haven and against the interests of the British government, details emerged of 19 Conservative MPs and nine Labour MPs who received gifts and hospitality totalling £225,000 in the past year. Much of this came from tax-avoiding online gambling corporations. This has led to questions about whose interests these MPs are serving.

That the gambling industry is keen to maintain relationships with MPs is no surprise. The government knows the industry is in dire need of reform. It is in the middle of a comprehensive gambling review, which has pledged to put consumer protection at its forefront. Our understanding of gambling-related harm, its causes and the practices of the online gambling sector should leave policymakers far better placed to legislate than in 2005, when the industry was in its relative infancy and smartphones weren’t yet widespread.

The gambling industry needs all the friends it can get, given that the sector it represents has spent more than a decade alienating people. The House of Lords gambling industry select committee found that 60% of the industry’s profits came from the 5% of customers who were either problem gamblers or at risk.

But this business model, built on a section of customers losing way more than they can afford and finding new gamblers once they’ve lost everything, is obfuscated by MPs friendly to the gambling lobby, who often resort to “paint by numbers” libertarian rhetoric around not telling people how to spend their leisure time.

It sadly remains the view of government that gambling is more of a leisure activity than a public health issue, although the two are not mutually exclusive. However, when the Social Market Foundation suggested affordability checks if someone wanted to deposit more than £100 a month, or the Gambling Commission consulted on checks taking place at losses of £125 a month, the gambling lobby and its supporting MPs were outraged. But even if gambling is considered a leisure activity, this is surely compatible with appropriate controls on spending that are in line with other leisure sectors.

If we legalised illicit drugs, we would do so knowing the products were addictive and therefore regulate their supply and consumption, with adequate controls applied. Drug-taking might be considered a leisure activity in such a context, but promoting it through advertising would be extremely controversial.

Our knowledge of gambling disorder and its neurological parallels to cocaine addiction have evolved considerably since 2005, and a higher proportion of people who engage with online slots or casino products get addicted to them than those who smoke cannabis and get addicted. But as our knowledge has evolved, the arguments MPs connected to the gambling lobby are making remain the same. They warn of a “black market” emerging if we increase consumer protections, despite the Gambling Commission dismissing this as nonsense.

Yet the very same MPs are happy to accept gifts and hospitality from gambling firms operating in unregulated markets. If they are so worried about illegal gambling, perhaps they could ask the representatives of these online gambling firms that they go to the races or football matches with if they’ll withdraw from jurisdictions they are not licensed to operate in. Or if they will come back onshore and pay UK corporation tax.

Such pushback might stop the flow of gifts. That’s because the interests of online gambling firms are not aligned to those of the country. MPs who take their side are clearly not serving the best interests of their constituents.
Add Comment