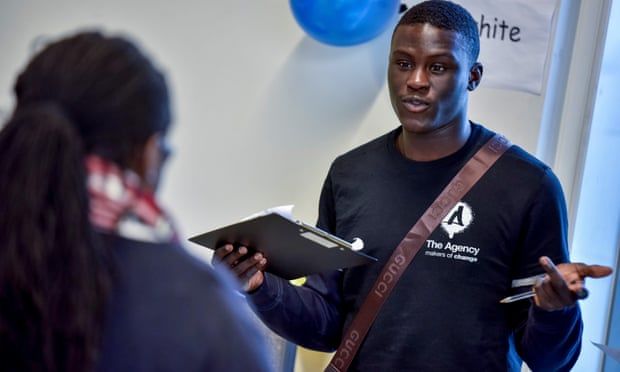 A teenager considered such an inspirational youth leader he was invited to address MPs in parliament is among 10 young black men to have been jailed after being convicted of being part of a violent conspiracy.

But the convictions have caused huge controversy, with race justice campaigners saying some of the teenagers were found “guilty by association”.

The case has prompted a protest march and a campaign which led to more than 500 people offering mentoring, therapy and tutoring to those convicted.

Ademola Adedeji, 19, and three friends from Moston in north Manchester were each sentenced on Friday to eight years in prison for conspiracy to cause grievous bodily harm. They were jailed for taking part in a private group chat on the Telegram messaging app a few days after the murder of one of their friends.

Kids of Colour, a youth justice organisation which organised the march and the mentoring offer, said the case showed evidence of “thought policing”.

It said innocent young people had been criminalised for sending immature messages in the throes of grief, messages which were misinterpreted as proof of violent intent.

Most of the 10 young men attended the same school in Moston. They were convicted of plotting violent revenge for the killing of their friend — a 16-year-old aspiring rapper called Alexander John Soyoye, who performed drill music under the name “MD”.

None of those named as targets in the Telegram chat were hurt, though three of the defendants went on to violently attack two other boys using machetes and a car as a weapon. 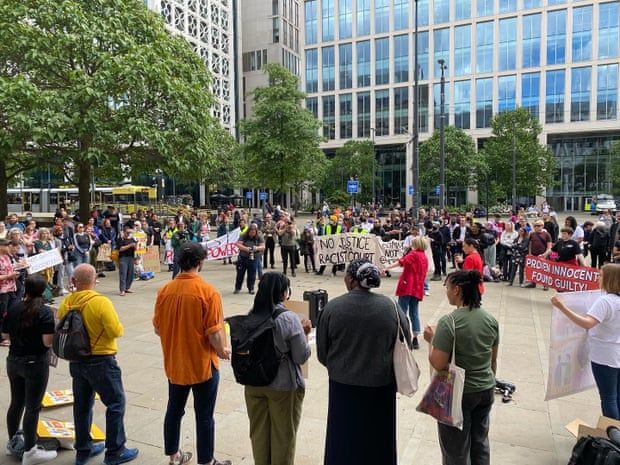 The arrest of Ademola Adedeji, 19, and three friends sparked protests in Manchester.

Sentencing them on Friday, the judge, Mr Justice Goose, said the case involved two rival gangs, the M40 from Moston and the RTD gang from Rochdale and Oldham.

“It was played out in social media and through drill rap music, with threats of violence, the display of weapons, including firearms, machetes and crossbows. Entering the territory of one gang was treated as provocation, to be met by violence or the threat of violence,” he said.

The defendants denied being in a gang, insisting M40 was a drill music collective in which some of them rapped. The jury was shown YouTube videos featuring some of the teenagers rapping and posturing in Moston with their faces covered.

Four of the defendants had nothing to do with the M40 music group, beyond having watched one or two of their videos.

Among them was Adedeji, who was described by his youth worker as “a truly exceptional young man”. He was head boy at his school and had produced a book profiling inspiring young black people in Moston.

The book, called Something to Say, prompted his invitation to parliament in 2019, when he was 16. He had an unconditional offer to study law at Birmingham University, received while on bail.

Adedeji’s coach at the Salford Red Devils youth rugby league team said he was “the type of star pupil we look for to go into the big leagues and hopefully on to the England squad”. At weekends, the teenager was a care worker for people with dementia.

His best friend, Raymond Savi, also 19, came from “the most loving family you can hope for”, his lawyers said. He had distinctions in his studies and a place at Salford University to study accounting.

Another of their friends, Azim Okunola, 19, was just about to finish his computer science and artificial intelligence degree with first-class honours when he was convicted, having completed the course in two years instead of three.

A further friend, Omolade Okoya, 19, was studying public services at college, with hopes of one day working for the police, ambulance or fire service. 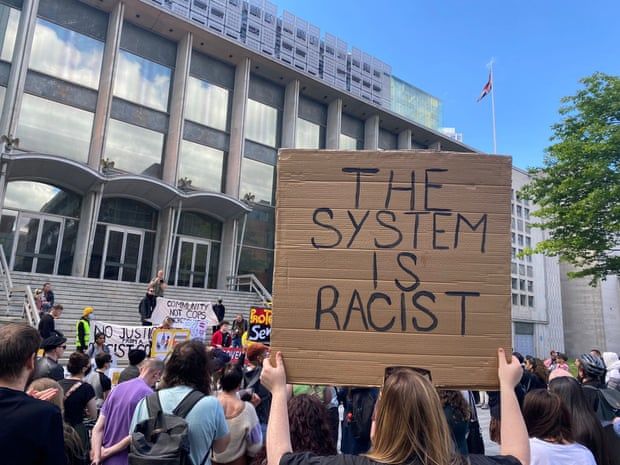 Kids of Colour, the youth justice organisation that organised the march, said the case showed evidence of ‘thought policing’.

None of those four will achieve their ambitions anytime soon. The public gallery was packed with their friends and family members who sobbed as sentences of eight years were handed down, with one boy’s father shouting: “Racists!”

Adedeji, Savi, Okunola and Okoya were all convicted on the basis of a series of messages posted on a group chat called “MDs World [crying emoji]” in a few hours on 8 November 2020, three days after Soyoye was murdered.

None of the four had any weapons, nor took part in any violent acts or “scoping missions” to locate individuals to be targeted for violence.

Yet a jury found them guilty of taking part in a conspiracy spanning three months which included at least two violent attacks committed by other defendants. The prosecution said their role in the conspiracy was identifying who should be attacked and obtaining information about their whereabouts.

The incriminating Telegram chat was set up by another defendant, Jeffrey Ojo, shortly after Soyoye was fatally stabbed by members of the RTD gang. Four of the defendants - Harry Oni, Brooklyn Jitobah, Martin Junior Thomas and Simon Thorne – were there when Soyoye was murdered. Thorne and Thomas were also jailed eight years.

They took part in a street fight with 13 youths from the RTD gang involving machetes and metal pipes but ran away, leaving Soyoye to bleed to death alone. He had been stabbed 15 times, including in the perineum.

The prosecution said it was the “guilt and shame” of knowing they had run away and left Soyoye to die that prompted them to seek violent revenge.

The prosecution said the Telegram chat showed the 10 plotting to get their revenge, picking out targets. 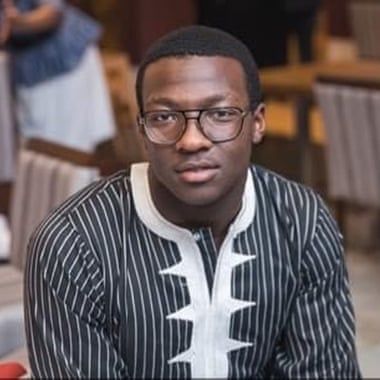 Alexander John Soyoye, an aspiring rapper who performed drill music under the name ‘MD’, was murdered in November 2020.

Adedeji contributed 11 out of the chat’s 345 messages. One saw him pass on the postcode of one of Soyoye’s killers. They were never attacked but were ultimately convicted of Soyoye’s murder.

Savi also wrote 11 out of the 345 messages, taking part in the chat for 14 minutes. In one post, he suggested “napping” (kidnapping) the cousin of one of Soyoye’s killers and taking his phone away so that he could not contact others.

Savi’s defence was that he was not making serious suggestions and had no idea that any actual violence might take place as a result. In the event, no one was ever kidnapped as part of the conspiracy.

Oni, Jitobah and two others – Jeffrey Ojo and Gideon Kalumda – were found guilty of conspiracy to murder. Oni, Ojo and Kalumda were sentenced to 21 years. Jitobah received a 20-year sentence.

Roxy Legane, the director of Kids of Colour, said the case was the latest in a series of trials which had seen large groups of often black boys imprisoned for who they know.

“This is a case of guilty by association because, once again, the harms of a small minority have drawn in a much wider net for prosecution,” she said.

“Their associations become evidence of guilt. Shared schools, social media friendships, music interests, messaging groups and, of course, sharing being black has been used to frame them as a criminal gang.”

She said the private messages used to bolster a gang narrative were in fact “thoughtless, immature, emotional messages” which “became criminal, became intent: it feels like thought policing”.

The case was tried under conspiracy legislation, which came into law long before the age of mobile phones and social media. It has similarities with crimes prosecuted as “joint enterprise”, a common law doctrine where an individual can be jointly convicted of the crime of another, if the court decides they foresaw that the other party was likely to commit that crime.

But the judge stressed: “The defendants were not in a joint enterprise; they were each principal parties playing a full role in committing the offence of a criminal conspiracy either to kill others or to intentionally cause them grievous bodily harm.”