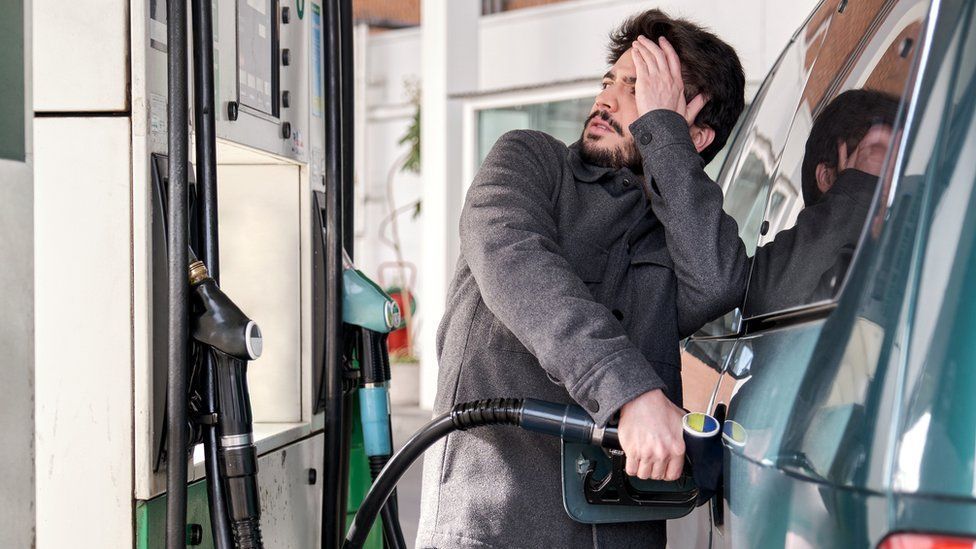 The UK's competition watchdog has been asked to conduct an urgent review into whether a 5p fuel duty cut is being passed on quickly enough to drivers.

Business Secretary Kwasi Kwarteng has urged the Competition and Markets Authority (CMA) to examine the fuel market and whether there are local variations in petrol and diesel prices.

The cost of filling an average family car has now hit a record £100.

It comes as the CBI warned households will go into recession later this year.

The Petrol Retailers Association, which represents independent fuel retailers, said it "welcomed transparency regarding fuel pricing" and would co-operate with the CMA's investigation.

Pump prices have been rising since Russia's invasion of Ukraine in February led to oil supply fears. Last week, the RAC motoring organisation said the cost of filling a 55-litre tank reached £100.27 for petrol and £103.43 for diesel.

In a letter to the CMA, Mr Kwarteng said that despite introducing a fuel duty cut "there remains widespread concern about the pace of the increase in prices at the forecourt and, that prices may not fall as much or as fast as they rise".

As well as looking at whether the duty cut is being passed on to consumers, Mr Kwarteng has also asked the CMA to examine "whether the retail fuel market has adversely affected consumer interests".

This will include investigating whether there are price variations for petrol and diesel at local forecourts.

"Drivers should be getting a fair deal for fuel across the UK," said Mr Kwarteng. "Healthy competition between forecourts is key to achieving this, with competition working to keep pressure on prices."

He has asked for the CMA to report back to him by 7 July.

The Petrol Retailers Association says its members passed on the 5p fuel duty cut after it was announced in March, but wholesale fuel prices have continued to rise since then. It has left retailers "operating on extremely tight margins", it says.

Boss Gordon Balmer said the association had requested several meetings with Mr Kwarteng "to explain how the fuel market works" but had not heard back.

"Our members have had to endure several [unfair] headlines in the press," he added. "Therefore, the news that the minister has contacted the CMA to conduct an urgent review of the fuel market is timely." 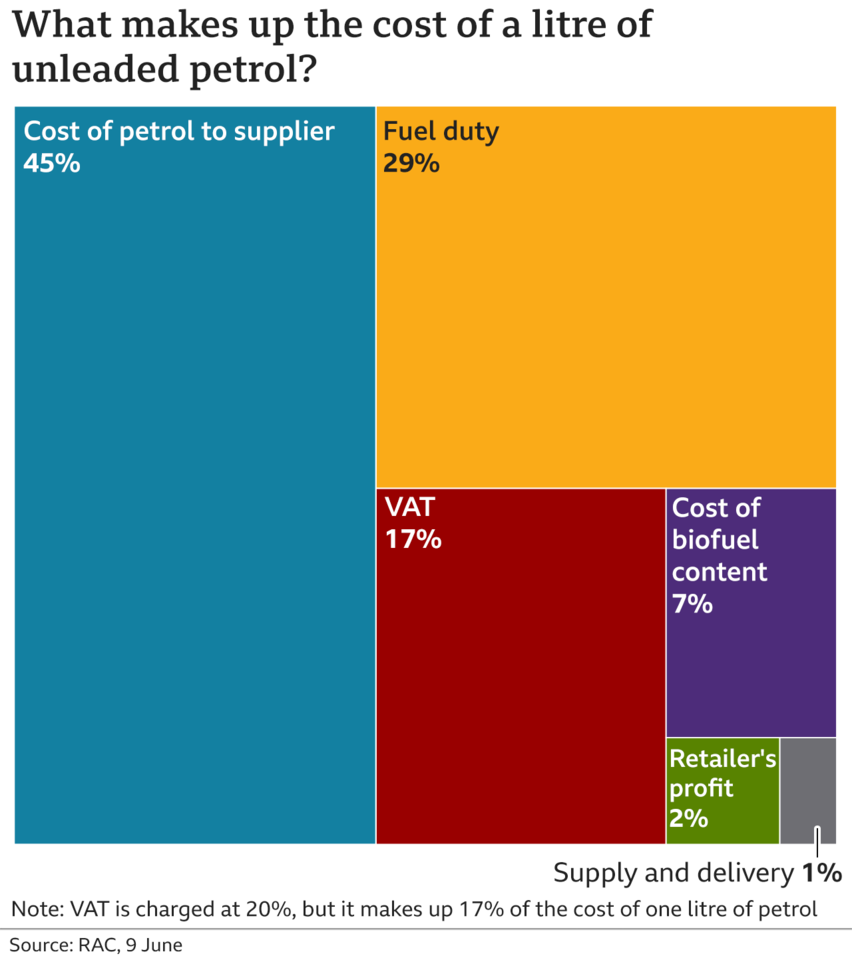 Jack Cousens, head of roads policy at the AA, said while the group welcomed the review, "more urgent action is needed".

"To relieve pressure at the pumps we need an immediate 10p cut to fuel duty. That would help restore some balance ahead of the initial CMA findings due in early July."

Northern Ireland Secretary Brandon Lewis told the BBC: "Once we get the review of that then it will be right to look at what more, if we need to, we can do to help people to make sure it's actually getting to where we want to see that support."

Labour said it had been calling for a CMA investigation into pump prices for some time.

Setting out measures to tackle the rising cost of living, shadow chancellor Rachel Reeves told Times Radio: "We know that the market for petrol and diesel is not working properly, and even when the government reduced duty back in March it was not passed onto consumers."

The Liberal Democrats urged the government to cut fuel duty in rural areas to help families bearing the brunt of record petrol prices.

Analysis of official figures by the party suggests households in rural areas pay £114 a week on transport costs, almost £40 more than those in urban areas.

Inflation - the rate at which prices rise - hit a 40-year high of 9% in April, with higher energy bills and fuel prices contributing to the increase.

The head of the UK's largest business group warned on Sunday that households will go into recession later this year as people cut spending to combat rising living costs.

Tony Danker, director-general of the CBI, forecast that spending on the High Street and on discretionary items will "go negative" and that Britons were already "trading down".

"It is a well-known behaviour when there's high inflation," Mr Danker told the BBC's Sunday Morning programme. "They're not buying as many discretionary goods or they're buying the cheaper option in the supermarkets."

The Organisation for Economic Co-operation and Development has forecast that while the UK will grow by 3.6%, the economy will stagnate at 0% growth in 2023. It will mean the UK will go from the second-fastest growing economy in the G7 group of industrial nations to the slowest.

Mr Danker said: "The only real thing stopping us from having a full-blown recession this year is that at the moment business investment levels are quite high."

A recession is defined as the economy getting smaller for two consecutive quarters.

He said: "The risk is if business investment starts to fall then the whole country could go into recession sooner than some are predicting, ie next year so I think that's why at the moment there's not a lot you can do about household spending when inflation is this high but you do need to stabilise confidence among firms so they don't stop spending too."