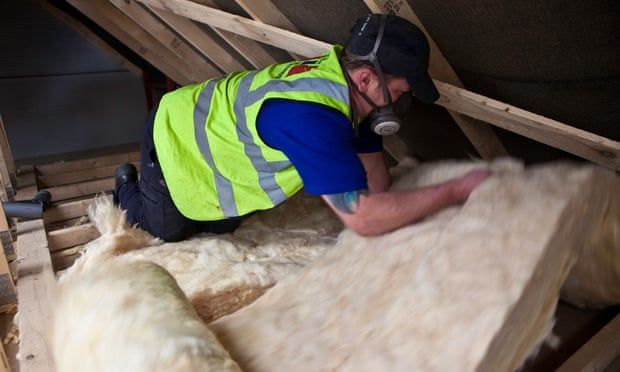 Better insulation would save large sums for millions struggling with the cost of living, finds LGA report
People in “fuel-poor” households in England are facing annual bills about £250 higher than need be because of their poorly insulated homes, according to Local Government Association (LGA) research.

The LGA has identified about 3 million households where better insulation would save large sums for people struggling with the rising cost of living. About £770m is wasted each year trying to heat these leaky homes, according to analysis for the LGA by WPI Economics.

The LGA has called for all fuel-poor homes to be properly insulated by 2030, and calculates that at least two-thirds of the 3 million will need some form of government help to achieve this.

David Renard, a councillor and environment spokesperson for the LGA, which represents 350 local authorities in England and Wales, said: “So many homes are leaking more and more money as energy prices increase. This will hit stretched household budgets hard and the public purse, while adding to the climate crisis. Investment now will save households further down the line, ease the cost of living crisis and mean families have added security and flexibility within their budgets.”

The LGA said improving people’s homes would save about £500m for the NHS each year, as cold and damp homes contribute to illness. It would also lead to tens of thousands of new green jobs, the LGA said.

Government help for insulating homes is targeted at the most vulnerable through the energy company obligation scheme, paid for through energy bills. However, this fails to reach many households and there is no widely available government scheme to help most other households in the UK. The Climate Change Committee warned in a scathing report this week that ministers were failing on insulation.

The government has targets of insulating about 900 homes a day by 2030.

The LGA said it was best placed to deliver insulation and energy efficiency, a view also taken by the CCC. But the CCC warned that the government had proved unwilling to work with local councils.

Renard said: “Ensuring homes are well insulated also means fewer people are at risk of the health risks associated with living in cold, damp conditions, and this is work we have to do as part of our drive to net zero. Councils are keen to help the government deliver on this win-win policy and increase the number of buildings insulated by winter.”
Add Comment