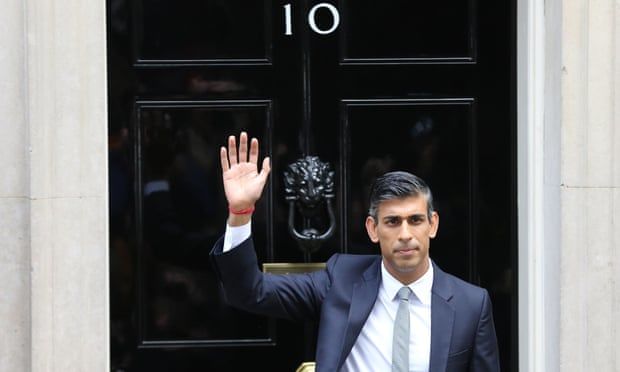 From the economy to Rwanda, Rishi Sunak inherits a hefty in-tray

Rishi Sunak is inheriting a hefty in-tray of issues, with several looming crises and party management problems piling up as he takes the reins as prime minister.

Given he was out of government for about three months, Sunak has not been privy to some of the day-to-day issues filling ministers’ red boxes. So he will have to act quickly if he stands a chance of reversing the Conservative party’s deteriorating poll ratings, and prove he can deliver.

Calming jittery financial markets after the chaos of the mini-budget will be high on Sunak’s list of immediate priorities, and the government will use its 17 November autumn statement to set out debt-cutting plans. Economists expect about £40bn of savings could be needed. Swingeing cuts would be politically difficult after a decade of austerity, and amid a cost of living emergency.

Whether Sunak approves an inflation-matching rise for pensions and benefits is a vital consideration. 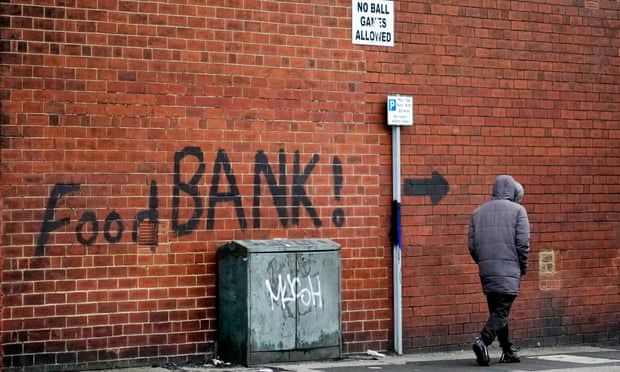 A painted sign directs people to a food bank in Leeds as inflation hits 10.1%.

Sky-high energy bills have pushed inflation to a 40-year high, with households expected to face a further increase in living costs next spring after the government cuts short its energy price freeze.

The Home Office must decide whether to press on with the flagship policy to send people seeking asylum to Rwanda. The deal has cost £120m, with more money yet to be paid to a country with a poor human rights record.

The threat of Rwanda has failed to stem the flow of migrants coming to the UK and overwhelming the asylum system. The government is spending about £4.7m a day housing asylum seekers in hotels.

Sunak must also negotiate with Suella Braverman over immigration policy. Despite being urged to ease access to work visas to counteract labour shortages and improve growth, Braverman is keen to limit net migration to “tens of thousands”.

Police funding and pay is also on the agenda but is expected to face further budget cuts. Crime figures continue to soar to record levels, particularly those of fraud, rape and violent crime.

Sunak’s pre-eminent task is to reassure Ukraine and Washington that his leadership will maintain continuity in the British support for the removal of Russian forces from Ukraine. But he will also have to decide whether, in the interests of party unity, he has to confront Brussels or instead expand on the tentative signs that a new relationship can be established using the European Political Council.

His Hindu heritage has led to glowing coverage in the Indian media, but a trade deal might still prove difficult with the return of Braverman to the Home Office.

On China, Sunak said in the first leadership election that he was willing to close all Confucius Institutes in the country. He is also under pressure from his backbenchers over exports to Xinjiang, and the behaviour of the Chinese consulate towards protesters has inflamed the mood.

Sunak may have promised Ukraine’s Volodymyr Zelenskiy that Britain’s support for Ukraine will remain “as strong as ever” under his premiership in his first call to an overseas leader on Tuesday, but the reality is that such rhetoric is the easy part. A row over defence spending could yet loom.

Both the EU and the UK have said they are determined to find a negotiated solution to the dispute before Easter, the 25th anniversary of the Belfast Good Friday agreement, and Sunak will not want to trigger a trade war with the EU by taking unilateral action on Northern Ireland.

But with the DUP’s repeated warnings that they will not return to Stormont unless their red lines in Brexit talks are met, Northern Ireland has the potential to create unexpected booby traps for Sunak. 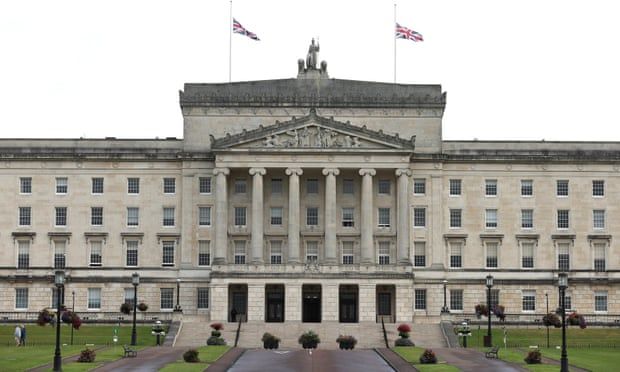 The union flag flying at half mast at Stormont after the death of Queen Elizabeth II.

If the Stormont executive is not restored by Thursday there is the prospect of an assembly election in December that could entrench polarisation and further erode the power-sharing institutions established by the 1998 Good Friday agreement.

The short-term solution is to persuade the DUP to end a boycott, which means addressing the party’s objections to the post-Brexit Irish Sea border. That complicates the UK’s negotiations with Brussels over the protocol.

Sunak has stressed that he wants to “work constructively” with Nicola Sturgeon’s Scottish National party “on our shared challenges” – but the gulf between them is likely too great.

Both await a supreme court ruling expected next year on whether Holyrood can hold a Scottish independence referendum in 2023 without Westminster’s approval: there is no guarantee judges will agree with the UK government that Holyrood cannot do so. The UK may face that divisive vote next October after all.

Headteachers in England are grappling with the sharp rise in energy costs and inflation, along with the 5% rise in teachers’ pay that is wreaking havoc with their budgets. Many heads are already warning of major cuts needed to balance their books.

Teacher retention and staff shortages are also becoming a problem, while schools and universities across the UK are expected to face industrial action this winter over pay or pensions.

Students in further and higher education also face cost of living pressures, meaning that more students may be forced to drop out. Councils fear that cuts in government spending may further imperil special needs and disability provisions already under huge stress.

How to deliver a “stronger” NHS, as he promised, while slashing funding across Whitehall – including the Department of Health and Social Care – remains unclear.

But urgent action is required to prevent the NHS from collapsing this winter.

There are now more than 132,000 vacancies across the NHS, the number of patients on the waiting list for treatment has topped 7 million in England alone, and emergency care services are alarmingly overstretched. Underfunded social care needs more support, too.

Meanwhile, hundreds of thousands of health workers will vote over the next few weeks on whether to strike over pay. Some are really struggling with the cost of living crisis, and many are jumping ship to better paid jobs in the retail sector and elsewhere.

Sunak has a lot on his plate when it comes to the environment. First up is the promised review of the nature-friendly farming payments scheme, which was expected this week. 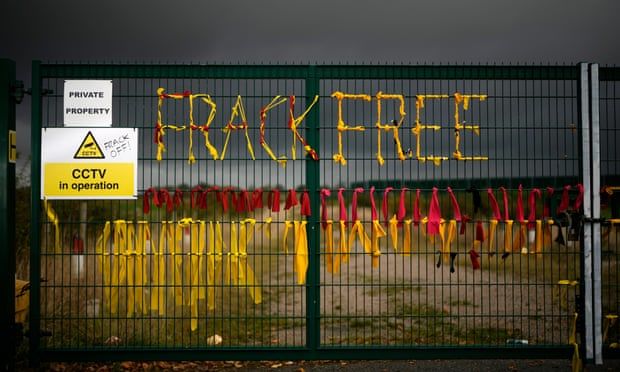 Sunak has confirmed that the fracking ban would remain as per the 2019 manifesto. This was an easy way for him to win plaudits from backbenchers over the divisive issue.

But he will have to decide his approach to renewables. He criticised solar farms on farmland during the summer’s leadership race but there is a train of thought that he was trying to match the more militant Truss on the issue in order to appeal to Tory voters.

On the face of it, Sunak’s appointment will be welcomed by those who think levelling up is key to fixing Britain’s imbalanced economy. But any enthusiasm comes from a low base: the project stalled for three years under Johnson, despite being his defining policy, and then appeared to be quietly binned by Truss,.

Michael Gove’s return to the department is promising, although tempered by the fact that its key adviser – former Bank of England chief economist Andy Haldane – has decided instead to work with Labour. The most pressing issue facing Sunak here is transport: a truly levelled-up country cannot run on Britain’s juddering, unreliable train lines.

After a bitterly divisive leadership race over the last few months, Sunak will have to be wary of making any missteps that risk fracturing party unity too much. Doing so will probably only make the Conservatives poll rating tank further and lead to another break down of discipline in the party’s ranks.

His careful reshuffle, which kept on many of the same ministers who were in Truss and Johnson’s cabinet, was the first step, and reinstating the ban on fracking was a shrewd move designed to stop any further inter-party splintering.

Potential flashpoints Sunak will need to watch out for rebellions on include keeping international aid spending below the 0.7% of GDP target, amendments to the Northern Ireland protocol bill and any threat to the triple lock on pensions. Concerns about his leadership could also build depending on how the Conservatives do in two forthcoming byelections in the City of Chester and West Lancashire, as well as at local elections next May.