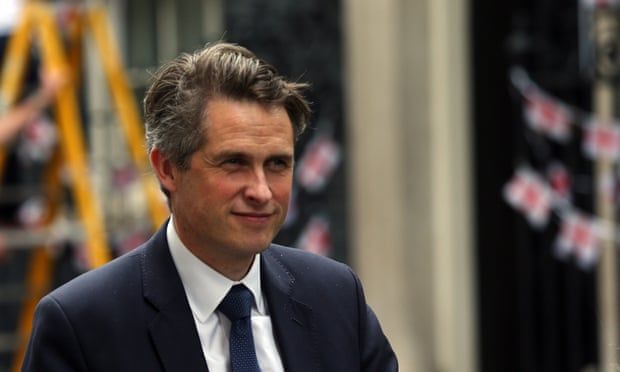 The higher education (freedom of speech) bill came under sustained attack from Labour, which claimed the legislation amounted to nothing more than “legal protection for hate speech”.

The House of Commons voted by 367 to 216 to reject Labour’s amendment that sought to deny the bill a second reading, which the bill later cleared and will undergo further scrutiny at a later date.

The shadow education secretary, Kate Green, told MPs there was no free speech crisis in universities that necessitated the proposed legislation, which she described as “an evidence-free zone”.

On the contrary, she said: “This is a bill to enshrine legal protections for hateful, harmful and divisive speech. The kind of speech that we would not tolerate in this House would be protected in universities across the country.

“It is a bill that creates a new legal framework to allow those responsible for such harmful speech to take legal action against universities, eating into the resources that ought to be educating our young people and supporting our world-class research programmes.

“It is a bill that is unnecessary, it is poorly drafted, but above all it is deeply wrong, and on this side of the House we will not support it.”

The bill proposes a raft of new laws that the government says are necessary to “safeguard” free speech in universities, including the introduction of a “free speech and academic freedom champion” to investigate alleged infringements of free speech in higher education and then recommend redress.

It will also require the universities regulator in England, the Office for Students (OfS), to introduce a new registration condition on free speech, with powers to impose sanctions including fines in case of breaches.

Higher education providers – and student unions – will have a duty to “actively promote” freedom of speech under the proposed legislation, which also seeks to introduce a statutory tort for breach of the duty, enabling individuals to seek legal redress for any loss they have suffered as a result of any breach.

Outlining the details of the bill, the education secretary, Gavin Williamson, told MPs: “Our universities must not become spaces where ideas are debated within a narrow consensus with those who challenge majority views subject to censorship themselves.”

He went on: “It’s absolutely clear that this bill will not and never will create a platform for Holocaust deniers. The 1986 Public Order Act, the 2010 Equality Act, introduced by Labour, as well as the Prevent duties in 2015 – this bill if made an act will not create the space to tolerate Holocaust deniers and never shall.”

Williamson added: “These legal duties are key to ensuring that the higher education sector in England continues to be an environment in which students, staff and visiting speakers are not just able but welcome to freely express their views, as long as those views are lawful.”

She said it was not acceptable, when there were so many other priorities, to use valuable parliamentary time to introduce legislation to tackle “a small number of cases” that could in any case be dealt with more effectively without additional legislation.

He told the Commons: “The bill before us is to correct a small, and I grant you it is small, but extraordinarily important symbolic aspect of this modern McCarthyism, namely an attempt to no-platform a number of speakers including Amber Rudd, Julie Bindel, Peter Hitchens, Peter Tatchell and others. I hope it is just a first step actually in a programme to bring free speech back to Britain.”
Add Comment