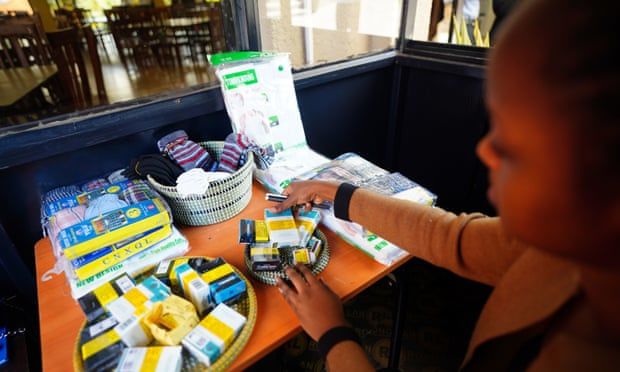 Rwanda has been caught in the eye of a British political storm this week, and its officials are not happy with how the country has been portrayed.

It was preparing to welcome asylum seekers on Tuesday until a dramatic 11th-hour ruling by the European court of human rights.

Government officials in Rwanda are now accusing campaigners of prejudice, saying the country’s record of human rights breaches is a thing of the past.

“Those who are trying to stop us from addressing this crisis which is causing untold suffering, without offering their own bold solution, are effectively saying they’re happy with the status quo,” said Yolande Makolo, the spokesperson for Paul Kagame’s government.

“Much of the narrative about Rwanda that we are hearing in the media is frankly insulting,” she said. “We don’t believe living in Rwanda is a punishment. Rwanda is a country that has been transformed over the past 28 years. It is a safe country. Our economy is growing. We lead the world on gender empowerment, with more women in parliament than any other nation.

“Before people talk about Rwanda, they should really come and see it for themselves.”

Rwanda is much changed since the 100-day genocide in 1994. Its capital, Kigali, which is due to host Boris Johnson and Prince Charles at the Commonwealth heads of government meeting from Monday, is its economic heart.

Away from the neatly curated flowerbeds and topiary, however, the story is less straightforward and much more carefully managed.

The Rwandan government has hired the political strategist Harry Burns, who ran the British Labour party’s election campaign in 2017 and is now the managing director of the PR firm Chelgate Consulting, to facilitate requests from international media. 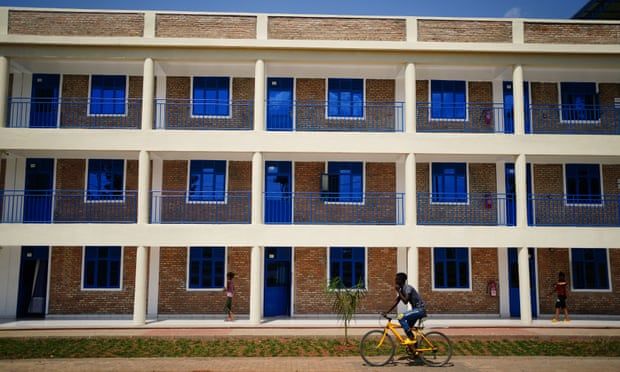 A resident cycles past a new accommodation block at the Gashora refugee transit centre, south-east of Kigali.

This week, British reporters were granted access to Gashora transit centre, which is used for processing asylum seekers evacuated from Libya.

The visit was controlled by Rwandan government officials who closely monitored journalists as they toured the sprawling facilities in a remote, dusty village about 90 minutes’ drive south-east of Kigali.

Asylum seekers were hand-picked for interview in advance and, perhaps unsurprisingly, spoke glowingly of the conditions and questioned why anyone would not want to stay there.

“We are thankful to be here in Rwanda. The protection is good and we get whatever we need,” said Kamal Mohammed Harun, a Sudanese national whose wife, Muntadhira, is eight months pregnant. “Rwanda is my second favourite country, but my intention is to still go to Canada.”

Harun’s aim to leave Rwanda was echoed across the camp, and officials confirmed that none of the site’s 1,075 evacuees had chosen to be integrated locally.

Reporters were also invited to visit Kigali’s Hope hostel, where those deported from the UK would be taken. Again, they were shadowed by two government officials.

The hostel’s deputy manager, Phiona Uwera, said staff only learned at 11pm on Tuesday that the asylum seekers’ flight had been cancelled, and that she was still “100% ready” to welcome them. 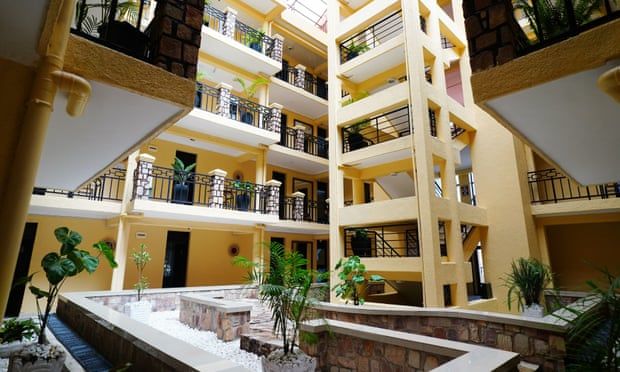 The Hope hostel in Kigali.

However, she added that she was “personally offended” by suggestions their human rights would be breached.

“It is 100% upsetting to hear the criticism, because we have worked really hard to ensure this place is ready,” she said as she led reporters on a tour of the three-star accommodation.

She spoke with pride about the “high quality” linen, the complex’s two prayer rooms and the three buffet-style meals a day on offer that include the option of a full English breakfast in the canteen, which overlooks lush gardens and rolling green hills.

“It will be my pleasure hosting them,” Uwera said cheerfully. “We are 100% ready – the restaurant, the rooms, the registration and Covid checking area – everything is in place.”

“The people in Britain cannot say they will not have a nice stay because they have not witnessed the hotel. But you have. You can tell them what you have seen,” she said.

Sandrine Mushimiyimana, 23, who was working in the site’s gift shop – where cigarettes, T-shirts and underwear are available to buy – also did not accept the criticism levelled at the £120m partnership. “I think it’s a good idea what they’re doing here,” the former IT technician said. “I am very happy to be serving these people.”

Migrants in Rwanda have also extolled the merits of the country and its treatment of displaced people.

A Yemeni couple who run a coffee shop in Kigali were interviewed in a national newspaper last week as an example of a migrant success story.

If they looked familiar, though, it was because the same couple had been introduced to journalists during a visit in March by the British home secretary, Priti Patel, and appeared in various media outlets.

Makolo said the government had “invested a lot to get the partnership to this point”, so it remained “fully committed to making sure it is a success”.

Meanwhile, Uwera remained hopeful that asylum seekers from Britain would eventually make use of the Hope, which has the slogan: “Come as a guest. Leave as a friend.”