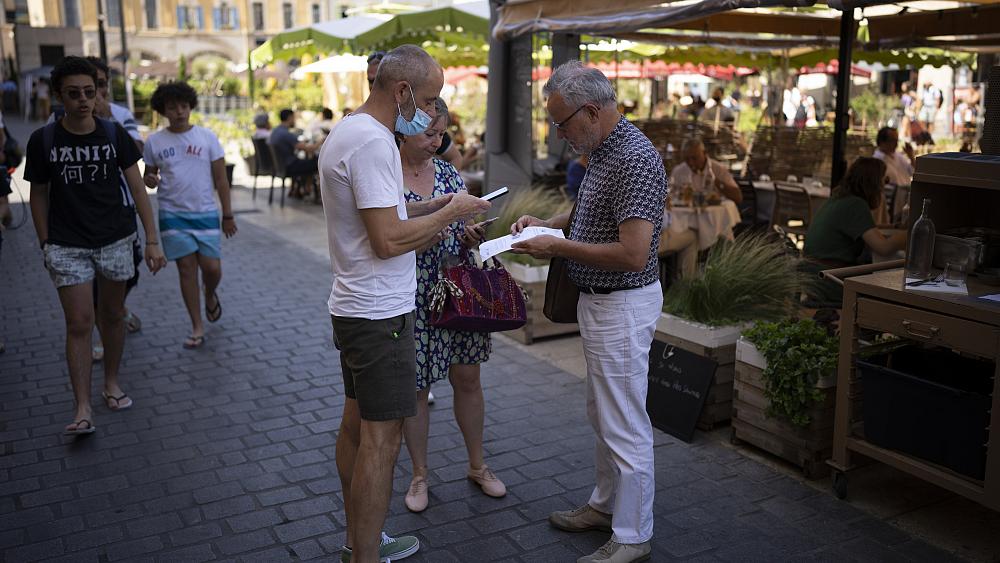 In Saint-Jans-Cappel, near the Belgian border, restaurant owner Bénédicte Duyck is worried. Her customers literally only have to cross the street to find a Belgian restaurant where they will not be submitted to France's new vaccine rules.

For most French restaurateurs, the country's new COVID-19 health pass that is now required for their customers is a bit of a headache. But for hospitality professionals working in France's border regions, it may turn out to be a vital threat to their businesses.

In Saint-Jans-Cappel, near the Belgian border, restaurant owner Bénédicte Duyck is worried. Her customers literally only have to cross the street to find a Belgian restaurant where they will not be submitted to France's new vaccine rules.

After the health pass entered into force on Monday, her restaurant Le Chalet du Mont Noir still has no reservations for the upcoming weekend.

"Last weekend my reservation book was full. I filled my restaurant both on Saturday and Sunday. I had more than 300 people over the weekend and I refused almost 200 people. For this weekend I'm not receiving any calls, except from journalists," Duyck told Euronews. 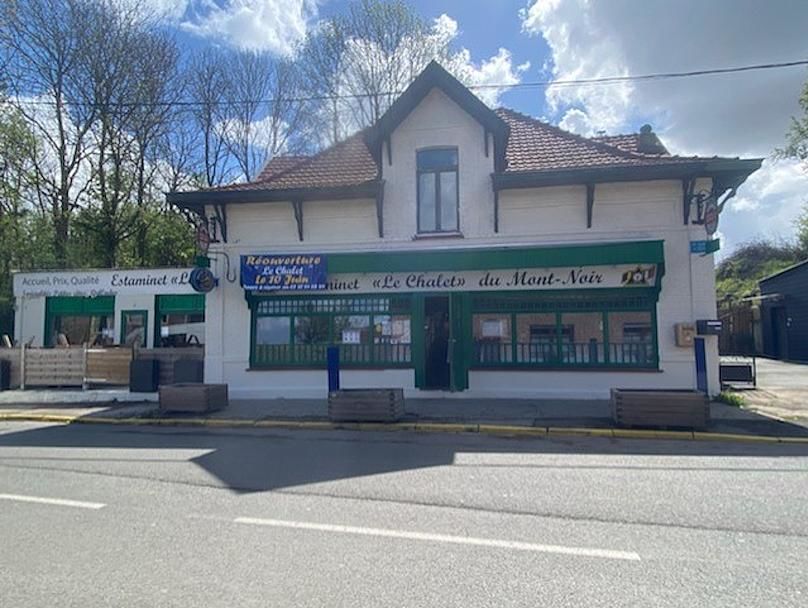 An undated photo where restaurant Le Chalet du Mont-Noir is seen in Saint-Jans-Cappel, near the Belgian border, France.

Just 100 metres away, a Belgian competitor is already reaping additional French customers as a result of the new measures.

"We don't have much hindsight yet. Still, yesterday we had a lot more people than usual and many customers asked us if the health pass was compulsory in Belgium," said Didier Delval, who manages restaurant L'Horloge Inversée in Heuvelland, Belgium.

"We had tables with colleagues from the same companies who all came to eat together. In a group of five, one of the clients was unvaccinated so he could not have eaten in a French restaurant."

The problem, Delval told Euronews, is that he doesn't have the manpower to meet increased demand from French customers.

"We're already overwhelmed and we're struggling to recruit," he said.

Duyck regretted that French authorities were not taking into account the specific challenges encountered by restaurants in border regions.

"On the radio, on television, we're seeing Ministers eating in restaurants and being happy to see things going smoothly [with the health pass.] But they did not come to border regions and see the situation of border restaurants," she told Euronews.

The restaurateur said the health pass only adds up to a series of hurdles for French restaurants since the beginning of the pandemic.

"My restaurant opened on November 23, 2019. Between that date and the end of the second lockdown, I was closed for nine months -- nine months out of 18 months of existence," she sighed.

"If the restaurant has no more revenues, state aid will stop in August. What will I do from September 1st? I don't have the answer."

"I think the state needs to think about other solutions to encourage people to get the vaccine without having us, restaurants, bars, or clubs, checking health passes. It's not our role, not our job," she added.

The health pass -- which shows that its holder has either received a coronavirus vaccine, tested negative in the past 72 hours or recovered from the virus during the previous six months -- was launched in France on 21 July.

At that point, it was only required by cultural and leisure venues with a capacity of more than 50 people. But as of this week, it is now required to visit bars, restaurants, health centres and to use long-distance public transport.

The measure has stirred mass protests throughout the country, but the government says it is needed to curb a fourth wave of coronavirus infections fueled by the more contagious delta variant.

"Without the health pass, we would have been forced to go to a complete lockdown again," said President Emmanuel Macron as he addressed criticism earlier this month.