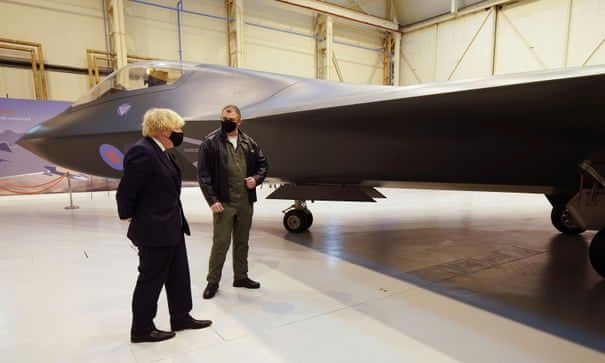 France, Italy and Germany vie for post-Brexit deals with UK

Talks on defence are first signs UK is willing to forge positive bilateral relations with its European partners
France, Italy and Germany, the three leading European powers, are each trying to reach bilateral post-Brexit agreements with the UK, after Britain said it was not interested in closer security and foreign policy cooperation with the EU.

The behind-the-scenes discussion at ambassadorial and ministerial levels runs in contrast to some of the negative rhetoric from Downing Street about its approach to its EU partners. The discussions have focused on defence cooperation but go far wider, and would be the first signs that the UK was capable of forging positive bilateral relations with its European partners.

Boris Johnson’s willingness last week to host the Hungarian prime minister as the first mainland European leader in Downing Street was regarded as a setback to a gradual normalisation of British-European relations. Viktor Orbán is seen as a disruptor of the EU. The UK rejected a foreign and security component when it negotiated Brexit with the EU in December, leading European countries to improve bilateral relations.

But Jean-Yves Le Drian, the French foreign minister, on his recent visit to the UK for the G7 foreign ministers’ summit, also agreed plans to revive before the summer the annual meeting between French and UK defence and foreign ministers. The last such meeting was in Brittany two years ago, but no meet-up occurred last year as a result of Covid and Brexit.

“On many issues, we have congruent views, shared analysis or common interests. We are neighbours. We cannot sit there immobile staring at one another,” Le Drian said.

Despite the recent row between French and Channel Islands fishers, the French have not ruled out a summit between Johnson and the French president, Emmanuel Macron, this year.

France and the UK are the major European military powers and, since the Lancaster House agreement was signed 10 years ago, the two countries have maintained close defence ties.

The Italian embassy in the UK also hopes Rome will reach an understanding or mini-treaty with the UK this year.

To relaunch cooperation, he said it was necessary “to anchor an industrial policy capable of coping with the aggressive and often ruthless international and, in particular, Chinese competition with competence, know-how, ability and technological innovation”.

Mulè is looking at ways in which Italian domestic legislation can be adapted so that UK defence trade with Italy can be treated as trade with a like-minded partner and not simply as a third partner. Italy and the UK historically have cooperated closely on defence production, including on large products such as the EH 101 heavy helicopters.

For years, Leonardo and its British counterpart BAE Systems have been working on the sixth-generation fighter, the Tempest, the result of a bilateral collaboration that in turn has created larger industrial consortia.

As president of the G20, Italy is also trying to dovetail its work on climate change with the UK, which is chair of the UN Cop26 summit in Glasgow. Cooperation with the UK on foreign policy has also been made easier with the appointment of Mario Draghi as Italian prime minister. Although he is a staunch supporter of the EU, he is far more sceptical about links with Russia and China, the preference sometimes of Italy’s populist parties.

Germany and the UK have been working for months on a joint statement on British-German cooperation, underscoring the shared values between the two countries despite Brexit.

Andreas Michaelis, the German ambassador to the UK, is quite open in admitting in this phase the focus has to be on building a stronger bilateral relationship with the UK, rather than the UK into the hands of the EU. The UK, he says, would be an ideal partner for a deep alliance with Germany.

There are still discussions about whether the UK will see its main foreign policy cooperation with Europe via Nato, the G7, the E3 or something specifically with Europe.

The E3 – Germany France and the UK – has been used for many years as the vehicle with which to coordinate policy on Iran, and at the Nato summit Johnson convened a meeting of the E3 plus Turkey to discuss northern Syria, saying he would like to see the E3 coordinate more in future.

But for Germany, a significant extension of the format would risk undermining the EU, and Germany’s historic role as defender of the interests of smaller states.

The E3 clearly excludes other big players such as Italy, Poland and the Netherlands.
#Covid  #Boris Johnson
Add Comment